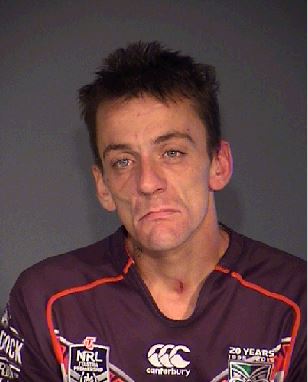 A public tip-off has led to the recapture late yesterday of Patrick McCurley after his escape from Canberra’s jail with fellow inmate Jacob MacDonald on Friday. MacDonald remains at large.

The pair escaped from the Alexander Maconochie Centre at some time after 11.15pm on Friday night.

About 5pm yesterday, police received a report from a member of the public who had seen Mr McCurley in Weston Creek. He was reported to have been driving a blue Suzuki Swift.

Police located the vehicle, and made attempts to intercept it. At about 6pm, officers successfully stopped the vehicle on Majura Road, Majura and arrested Mr McCurley.

In a statement, ACT Policing thanked the media and public for their assistance in the matter and said they would continue to work with NSW Police to locate Jacob MacDonald.

They urge anyone with information in relation to the whereabouts of Mr MacDonald to contact ACT Policing Operations immediately on 13 14 44, and warn that members of the public should not approach Mr MacDonald themselves.

ACT Corrections Minister Shane Rattenbury said a full internal review would be conducted into the escape.

ACT Corrections had already begun a review of all security controls in place across the Alexander Maconochie Centre.

“Of course I am concerned about these incidents, and am in ongoing discussions with ACT Corrections regarding these matters,” Mr Rattenbury said.

“While an internal review is currently underway, I will be seeking further advice as to any extra measures that may be required.

“I understand that the community must have confidence in the security of our corrective facilities, and while incidents like these are rare, I will work with ACT Corrections to ensure that the detainees, and AMC, are secure.”

The weekend’s events followed an incident on August 25 when a detainee escaped from Canberra Hospital while receiving treatment. The detainee was apprehended and returned to custody shortly afterwards.

They must of been in protection because the proper cells are encased in concrete blocks.

Stuart Green - 55 minutes ago
Scott Bell Thats obvious, they'll light us up for more on the other 4 days... View
Community 14

astro2 - 1 hour ago
If you would prefer to take your own private motor vehicle to the shops then you may continue to choose to do so. However the... View
Deborah Gale - 3 hours ago
Flannie! View
Douglas Ryan - 5 hours ago
Bruce Rossel flanno everyday to become a thing View
News 2

Peter Curtis - 13 hours ago
How is that the Libs can take the incumbents on from the left? They raise real issues. View
Motoring 30

@The_RiotACT @The_RiotACT
They rescued their cattle from the #Braidwood bushfires only to lose their home and herd in the floods - but Peter and Tracia are soldiering on https://t.co/4porXDUR3I (48 minutes ago)