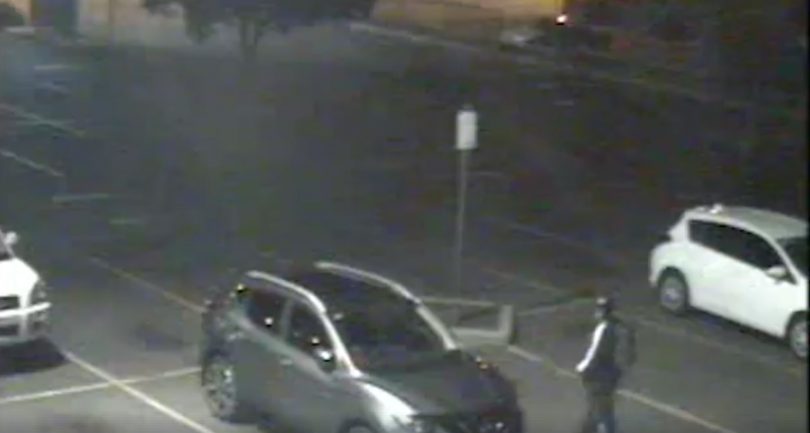 Police have revealed CCTV footage of an attempted carjacking in Queanbeyan last night (8 May 2018) and are calling on witnesses for any information.

About 6:30 pm Tuesday night, a 74-year-old woman returned to her Toyota Corolla which was parked in a shopping centre car park on Monaro Street.

As she entered her vehicle, an unknown man approached the driver’s door and demanded the car keys from her.

The woman refused and the man became increasingly agitated before she was able to shut the driver’s door.

The man then went to the other side of the car and sat in the front passenger seat and again demanded the keys to the vehicle before the woman screamed and pushed the man out of the car.

According to police, the man left the scene and was last seen walking along Morisset Street. The woman returned home and contacted police.

Officers from Monaro Police District are investigating the incident and would like to speak to a man described as being of Caucasian appearance, about 20 to 30-years-old, 165-170cm tall with a solid build and was clean shaven.

The man was last seen wearing a dark-coloured top with a white stripe down the sleeves with white writing on the chest or similar, and was carrying a black backpack.

Anyone with information is asked to contact Queanbeyan police or Crime Stoppers on 1800 333 000.