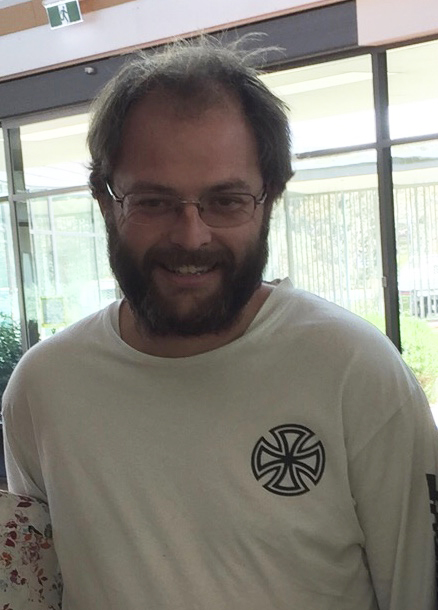 Glen has not been seen since Thursday, 24 October in Garran. Police believe he may have been in Mawson at around 2:00 am on Tuesday, 29 October.

He is described as being of caucasian appearance, about 180 cm (5’11”) tall, with short light brown hair, and of medium build.

Police and family hold concerns for Glen’s welfare and are asking for the public’s assistance to locate him.

Glen was last seen wearing a white, long-sleeve top with ‘independent’ written on the left sleeve, grey shorts and white running shoes. He is known to frequent the Belconnen area.

Anyone who may have any information that could assist police in locating Glen is urged to contact ACT Policing Operations on 131 444.

grump - 1 hour ago
Except it's not a bakery and a hairdresser is it? It's something that involves significant emotion for people, and should hav... View
News 1

jwinston - 2 hours ago
Watch “The Planet of the Humans”, a documentary by Michael Moore, to see the lie of renewables and so-called green energy... View
Lifestyle 27

Chelsea Adhami - 3 hours ago
Any word on when the funeral will be? View
Germaine Muller - 23 hours ago
Dude - you introduced me to Frugii Ben Fittler View
News 2

nobody - 4 hours ago
So the pool has been out of action for a year, and they are just concluding the tender process for repairs now, then the repa... View
chewy14 - 19 hours ago
Hardly a surprising result, the government's relative silence on the issue and the budget allocation made it pretty obvious t... View
Food & Wine 11

Ol L - 6 hours ago
How can Mr Barr tax them if their not here? Seems logical that the public service can be based anywhere, COVID seems to have... View
HiddenDragon - 16 hours ago
Difficult to see anything more than token efforts at decentralisation in future, but video conferencing and working from home... View
Sport 35

t2owe - 15 hours ago
It's not the outdated system that's the problem, its the failure of Planning (ACTPLA) to maintain the mandated rules in the t... View
Food & Wine 28

Trish O'Connor - 22 hours ago
is there a phone number to call each morning to check whether the balloons will be flying. View
Food & Wine 1

buttercup - 23 hours ago
Good on you Anna. Fresh ideas, reinventing yourself and your menu as the years roll by, delightful fresh food, and awesome cu... View
show more show less
*Results are based on activity within last 7 days

Updated 11:00 am, 1 March: A motorcyclist has died at the scene of a collision with a truck and a utility...
Lifestyle 27

Every year The Guardian runs a readers’ poll for bird of the year, which is effectively a vote for Australia’s...
News 2

@The_RiotACT @The_RiotACT
There have been some tough times for shops in Kingston, but with a Green Square revamp and new stores coming, business owners are rejoicing https://t.co/IzCITWUCAS (17 minutes ago)

@The_RiotACT @The_RiotACT
The case against three teenagers charged with the 2020 murder of Canberra real estate agent Peter Keeley is continuing to make its way through the courts https://t.co/0rJNNSjgG7 (2 hours ago)