The offender initially tried to strike the victim with a baseball bat, but another man intervened. Photos: Supplied by ACT Policing.

ACT Policing is seeking a man who committed a violent assault in Fyshwick about 12:25 am on Saturday, 3 March and are calling on a man and a woman who witnessed the assault for help.

ACT Policing reported that the assault occurred outside the Capital Men’s Club on Gladstone Street, Fyshwick after the offender had been verbally aggressive to the victim inside the club prior to the physical attack.

The offender initially tried to strike the victim with a baseball bat, but another man intervened, grabbing the bat out of his hand. The offender then punched the victim in the head twice, knocking him to the ground.

The offender was wearing a black and grey long-sleeve T-Shirt, dark pants and white Nike sneakers. He is described as being Middle Eastern in appearance, olive complexion, slim build, 183cm (6’0”) tall and has brown eyes.

The first witness is a woman likely to be known to the alleged offender and is described as of Caucasian appearance, and believed to be 40 to 50 years old. She has shoulder-length brown hair and was wearing a silver or grey dress and glasses.

The second witness is the man who stopped the offender’s use of a baseball bat in the attack. He is described as having a solid build with dark hair in a bun and has a tattoo on the upper part of his left arm. He was wearing a grey T-shirt, dark shorts and thongs. 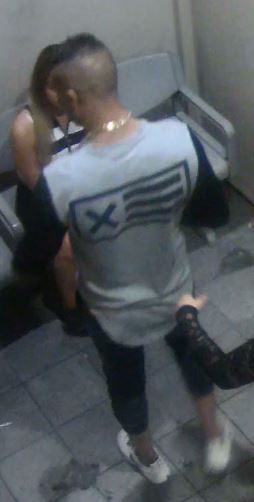 Annabel Dobson - 14 minutes ago
That’s simply not true. You can see very clearly the damage Brumbies are causing when you ride through KNP. We know scienti... View
Shannon Lister - 21 minutes ago
Michelle Brown your famous. View
Sandy Moore - 10 hours ago
Hmmmmm so a lot of calls to eradicate the horses that were introduced and are not native to this land because of the damage t... View
Opinion 94

Trudy Jane - 9 hours ago
Betty Starbux most people who criticise Canberra have never even lived there View
Joanne Hillermann - 10 hours ago
Well done Marg! Congratulations on your awards. I loved listening to you on the radio about quirky archives stuff. View
Cathy Reid - 23 hours ago
Good on you Marg! Pleased to hear about your success. View
News 26

Do you know these five people? Police seek to identify three men and two women in alleged Civic assault

ACT Police seek witness of a serious assault in Civic

Police seek witnesses of act of indecency in Turner