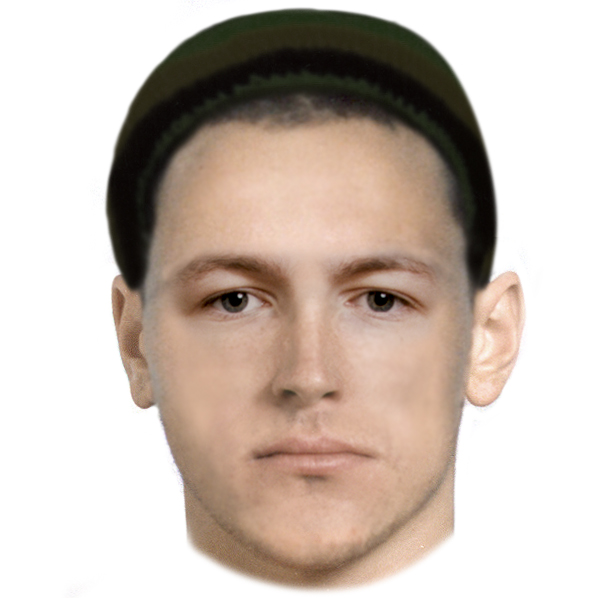 This man is wanted in relation to an assault in Aranda. Image: ACT Policing.

ACT Policing has released a face-fit image of a man wanted in relation to an assault in Aranda last month.

At about 10:00 am on Monday, 28 September 2020, two drivers were travelling along Bandjalong Crescent, Aranda near Jalanga Crescent. The alleged offender was observed tailgating the victim and signalling him to pull over.

After pulling over, the man exited the vehicle and was punched. He fell to the ground and was temporarily unconscious.

The alleged offender is described as Caucasian in appearance, around 18-years-old and about 188 cm (6’2”) in height, slim build with short brunette hair, brown eyes, a thin nose and lips, and no facial hair. The man was last seen wearing a green/black skull beanie and a black jacket.

The vehicle the man was driving was described as a late 1990s or early 2000 model white tray back utility, displaying red P plates and ACT registration.

Anyone with information or can identify the person depicted in the face-fit image that could assist police is urged to contact Crime Stoppers on 1800 333 000, or via the Crime Stoppers ACT website. Quote reference 6639076. Information can be provided anonymously.

This is another example of the Police asking for asssitance ages after the event. Bizarre !

ACT Policing are a joke and hopelessly inefficient. This request for public assistance should have been made within days of the incident not a month later.

Samuel Gordon-Stewart - 4 hours ago
It should be noted that 2CA is not, as described in the article, a commercial talk station. It is a music station. 2CC is cor... View
Nicholas Love - 6 hours ago
Chris Olsen I appear to be the person that listens to 2ca? Not many in my age bracket it would seem 😎 View
Kat Rothwell - 7 hours ago
Y'all just beige View
Opinion 61