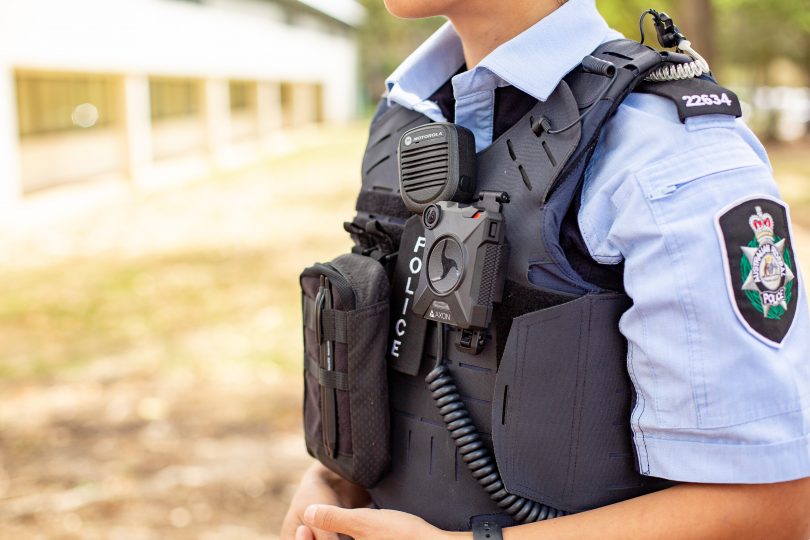 Police will be carrying weapons as part of the training exercise. Photo: File.

Police have warned the public not to be alarmed if they see an increase in armed police in Belconnen tonight as a training exercise will be in operation.

ACT Policing said it and partner agencies would be training between 7:30 pm and midnight tonight (Tuesday 26 November 2019) in the Belconnen area.

It said there would be an increased number of uniformed emergency personnel visible in Belconnen.

The public should not be alarmed if they see police or other personnel carrying weapons or that any of the locations are under any threat.

In the event ACT Policing is required to respond to an actual incident, information will be provided via its official social media pages and the ACT Policing website.

ACT Policing said training such as this helped ensure that its ability to respond to incidents was continually improved.

ACT Policing was not able to provide further information for operational reasons.

Terry Vaughan - 4 minutes ago
My heart says Queanbeyan, but my family had a lot of relatives in Wagga Wagga. T Vaughan nee Ryan View
Opinion 8

Andrew Bell - 7 minutes ago
Peter Hislop There is actually a map indicating an Airport-Kingston-QBN light rail ... all part of an integrated transport pl... View
David Malcolm - 27 minutes ago
The most practical way to improve the Canberra services would be to eliminate ALL the Southern Higlands stops other than Goul... View
News 140

Ross McConchie - 13 minutes ago
Toby Töb thanks View
Toby Töb - 1 hour ago
that's a really sensible idea, I like it a lot. I would really love for it to be viable for me to jump on an affordable train... View
News 19

Scott Selway - 50 minutes ago
Disappointed to not be returning to work after lockdown as well as seeing our elderly clients be left without a service that... View
Community 19

Greg Myat - 58 minutes ago
Their are other types, same size pole but has a round can like container on the top. I saw one with water coming out of it on... View
Dean Ager - 2 hours ago
I was hoping for letters from the future. View
News 126

Tom Dale - 2 hours ago
Nah. We will get Zed the Unbelievable and Princess Katy again. Sadly. View
Michael Quirk - 4 hours ago
Unfortunately, despite great hopes, each election the libs hold the Senate seat View
Opinion 31

@The_RiotACT @The_RiotACT
Village Building Company has unveiled a greener, more spacious design for the former #AFP site in #Weston after earlier plans fell foul of the planning authority and ACAT https://t.co/alode4Ok3p (31 minutes ago)