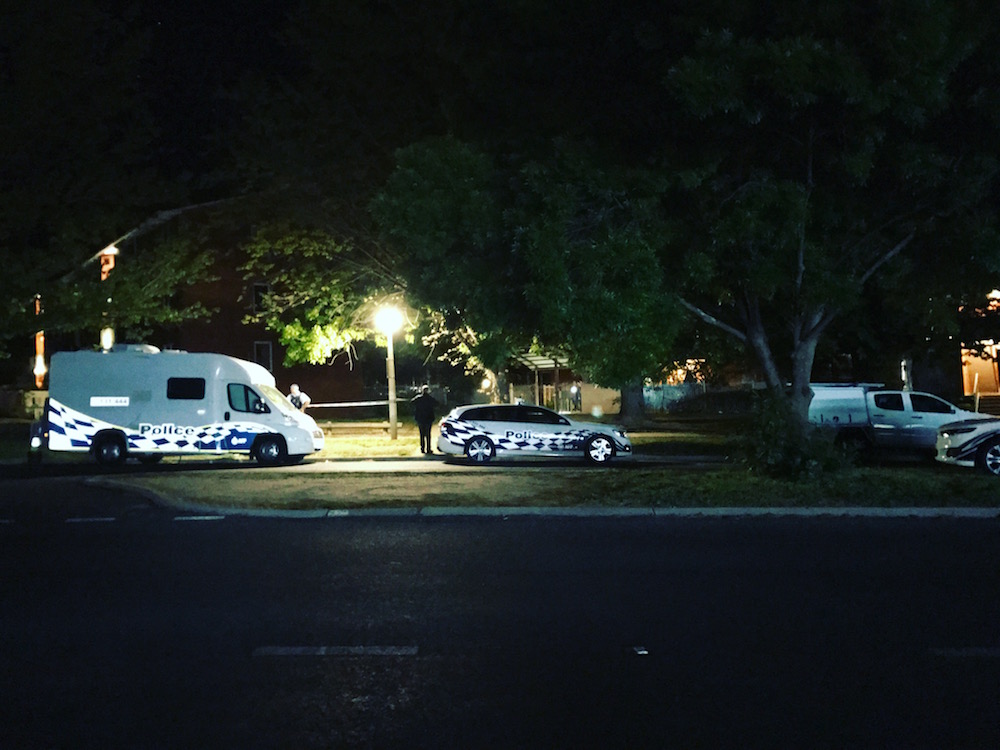 Police were notified of a disturbance and an injured man at an apartment complex opposite the Watson shops at about 7.45pm last night.

A seriously injured man was found inside a unit on Windeyer Street. Police and ACT Ambulance Services applied first aid to the man but he died at the scene.

Acting Superintendent Anderson said no one had been taken into custody, but there was no need for citizens to fear for their safety in relation to the incident.

“The residents of Watson shouldn’t be concerned,” he said.

“Canberra is one of the safest cities in Australia to live in, and we believe this is an isolated incident and people shouldn’t be concerned about their safety.”

Police were investigating whether there was any link between the suspicious death and the bashing of a man at the same apartment complex last month.

“We’ll look at that incident in totality as well as a number of other avenues of inquiry,” Acting Superintendent Anderson said. 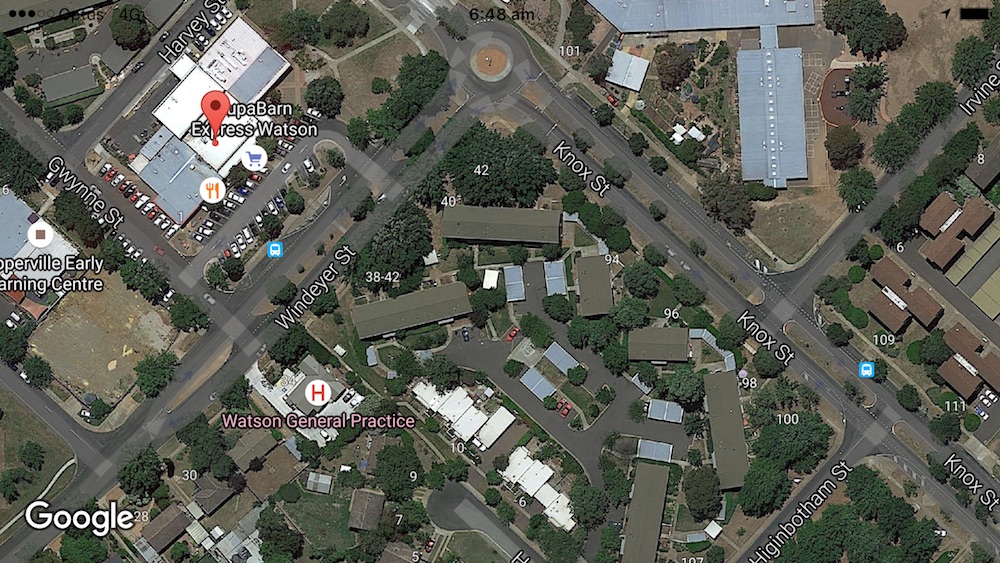 Police have not yet issued the name or age of the man.

There were more than half a dozen police vehicles at the scene when the RiotACT arrived late last night, including marked and unmarked cars, a large police van and a white utility containing equipment for use by the team from AFP Forensic Services as they examined the scene. 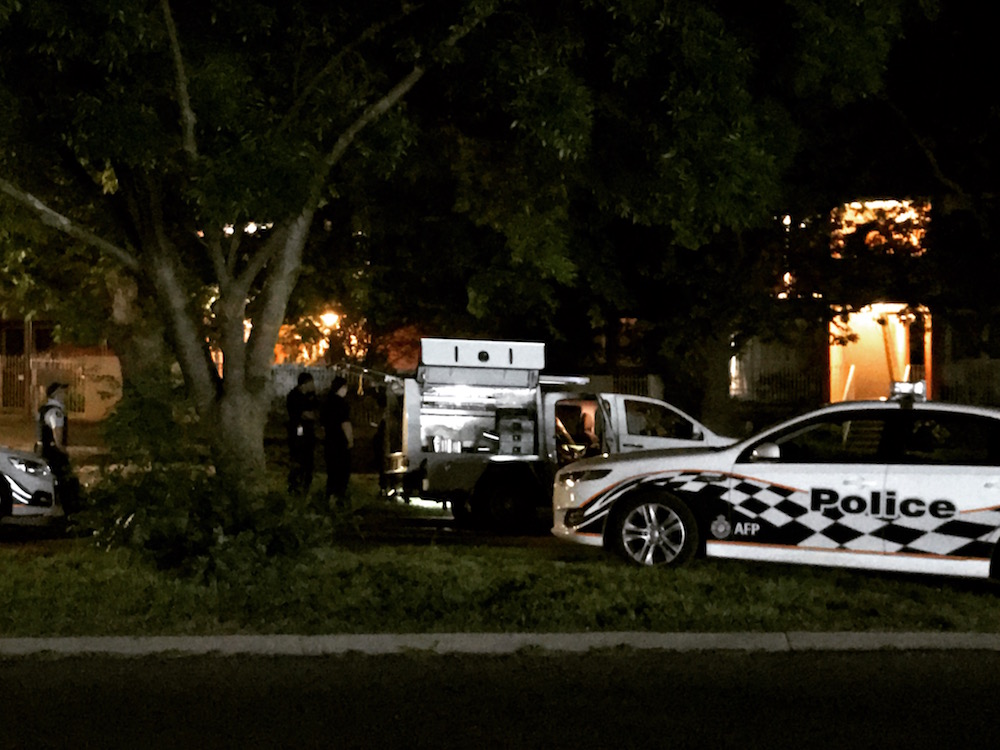 Several police officers travelled on foot using torches to light their way along a path running between the two apartment blocks at 38-42 Windeyer Street as ACT Policing Criminal Investigations detectives continued looking into the circumstances surrounding the incident last night. They were positioned directly opposite the entrance to the Watson shops, and had cordoned off the area.

Police are treating the death as suspicious. Investigations continue.

They are urging anyone who may have seen or heard anything suspicious near Windeyer Street, Watson last night to contact Crime Stoppers on 1800 333 000, or via act.crimestoppers.com.au. Information can be provided anonymously.

HiddenDragon - 3 hours ago
It's not minority government - it's a coalition, with Labor too often following the Greens down the rabbit hole, and the Gree... View
Acton - 6 hours ago
Do you remember Pitch n Putt at Woden? A popular community recreational area. Now derelict and set aside for apartments.... View
JS9 - 7 hours ago
While not a perfect system, its far better then many of the alternatives. View
News 48

maxblues - 9 hours ago
If you can’t get enthusiastic about the ACT election, take out a few of your recent rates notices and stare at them for a w... View
Acton - 15 hours ago
I know it's hard to change when one has been voting in the same party for 19 years but when the facts change, I change my opi... View
Acton - 15 hours ago
Being too religious and right wing, whatever that means, is a claim frequently made by Labor/Greens of the Liberals, but with... View
ACT Election 1

maxblues - 9 hours ago
Ban political corflutes like they have in South Australia. View
Lifestyle 1

steve2020 - 10 hours ago
It takes an appreciation of cultures to create a thriving arts community. Looking at the most culturally renowned cities, the... View
ACT Election 106

chewy14 - 13 hours ago
Capital Retro, Firstly, most of the interest rate cuts happened well before the current crisis, so you can't just claim your... View
Brenton Higgins - 14 hours ago
Joshua we’ve had two elections on that already. Canberra decided. View
Jayne Denise - 15 hours ago
Sean Bishop I am a reformed anti-tramer. Northborne is so good now with less cars and less buses. 👌Coincidentally, I work... View
ACT Election 33

@The_RiotACT @The_RiotACT
Undecided about who to vote for in the ACT election? Our latest newsletter wraps up the last 7 days in local politics + all the other news of the week https://t.co/yP6PEPY6bp (23 minutes ago)

@The_RiotACT @The_RiotACT
Heading to the beach during the school holidays? As part of a new COVID-safe strategy, beachgoers are being advised to keep a towel-length away from others https://t.co/g5Pa80HbTr (1 hour ago)

@The_RiotACT @The_RiotACT
More people in the community have likely been exposed to COVID-19 than first thought, according to blood tests conducted by researchers at the ANU https://t.co/oNYMAnzO81 (3 hours ago)