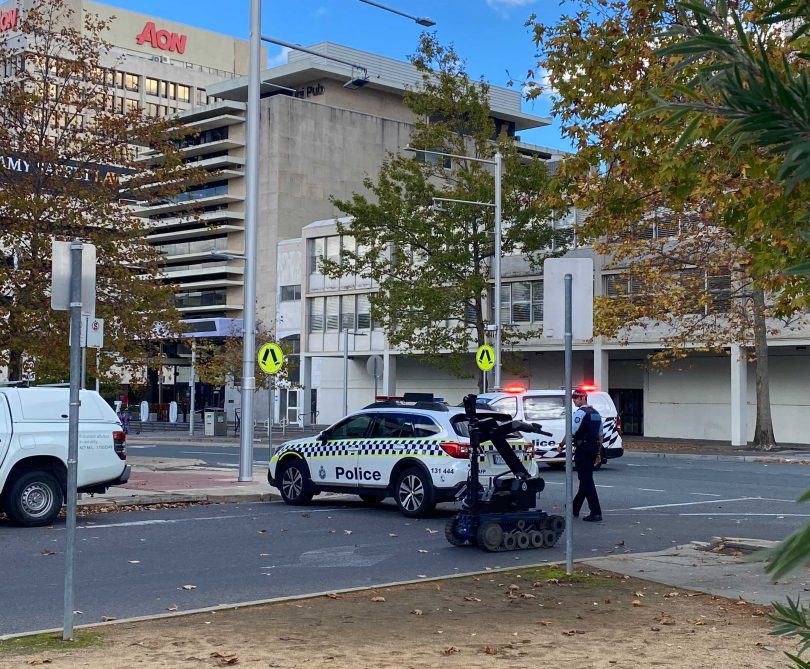 Police are using a bomb robot to investigate the package. Photo: Dominic Giannini.

UPDATE 2:10 pm: ACT Policing has reported that the exclusion zone across parts of London Circuit, University Avenue and Knowles Place, Canberra City has been lifted.

At about 10:45 am this morning (12 May), an ACT Policing officer identified a suspicious item on a ledge outside the City Police Station.

Tactical Response and Bomb Response Teams examined the item, which had some wiring attached. They identified no threat to public safety. Investigations are ongoing.

ACT Policing has thanked the Canberra community for their patience during the incident.

Anyone with information that could assist police is urged to contact Crime Stoppers on 1800 333 000, or via the Crime Stoppers ACT website. Please quote reference 6796945. Information can be provided anonymously.

12:15 pm: ACT Policing is responding to a suspicious item that was located at London Circuit in Civic this morning (12 May).

Tactical Response and Bomb Response Teams are examining the item. 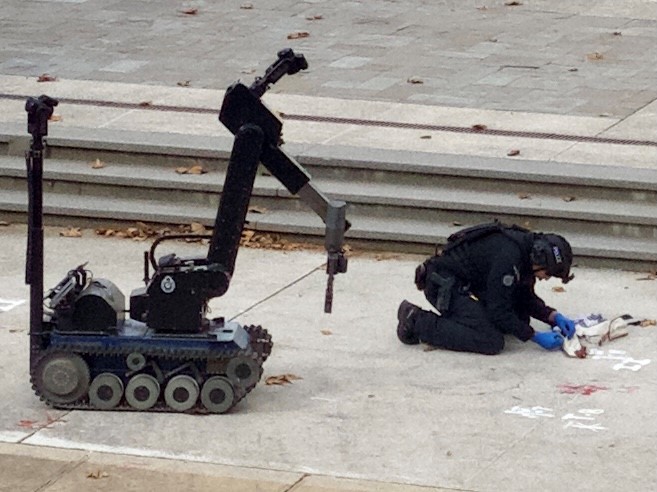 An exclusion zone is currently in place, and includes parts of London Circuit, University Avenue and Knowles Place. The City Police Station has been closed to members of the public.

Police have requested the public avoid the area while the assessment is undertaken.

ACT Policing is urging anyone who may have witnessed any suspicious activity in the area to contact ACT Policing Operations on 131 444. 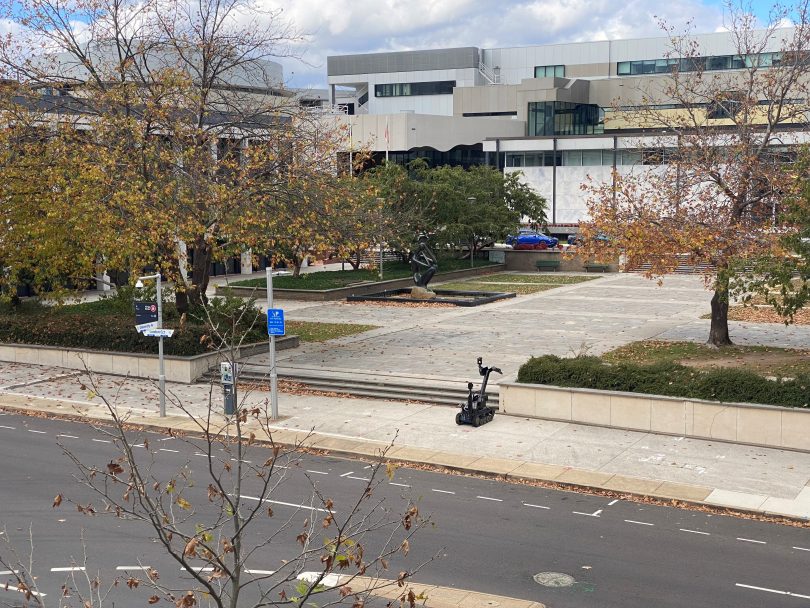 An exclusion zone was established at around 11:30 am (12 May). Photo: Michael Smith.

Is there an update on what the package actually was?

It was the random act of kindness ... read all about it