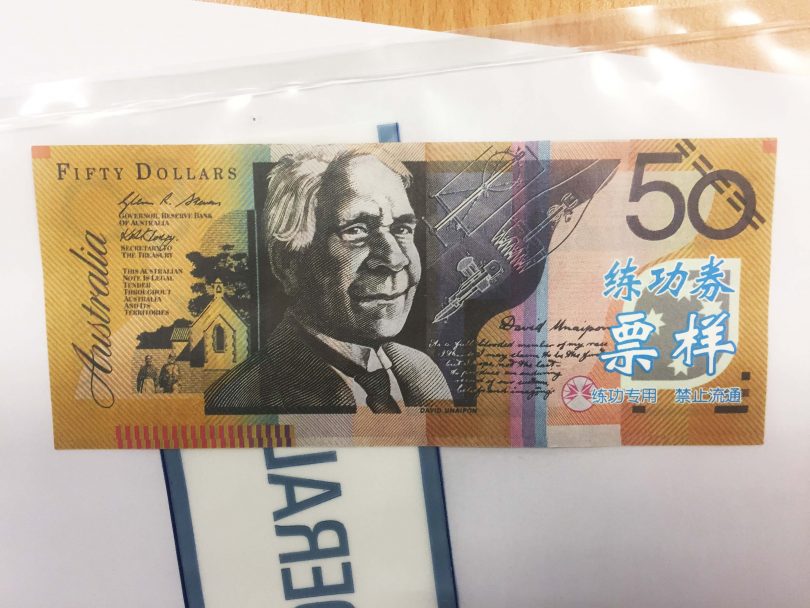 Examples of the fake $50 note with the Chinese characters superimposed. Photo: Supplied by ACT Policing

Counterfeit money is being circulated throughout Canberra and police are warning Canberra business owners not to accept notes that do not look legitimate.

ACT Policing said they had received reports of fake banknotes being presented to businesses across the ACT, similar to those that were circulating last year.

Police say the banknotes being used are quite distinctive and can be easily detected. They are printed on paper and have Chinese characters superimposed on them where the clear security window feature should be. Additionally, there are no serial numbers or other security features that appear on genuine Australian currency banknotes.

The counterfeit money appears to be banknotes used for training purposes from overseas.

ACT Policing Detective Acting Superintendent Jason Kennedy said anyone who handles cash should be vigilant and take a moment to inspect banknotes when they receive them.

“If you don’t think a banknote you’ve been presented with is genuine, then don’t accept it,” he said.

“These notes, in particular, are easily detected as being fake from the briefest inspection if you take the time to look at them.” 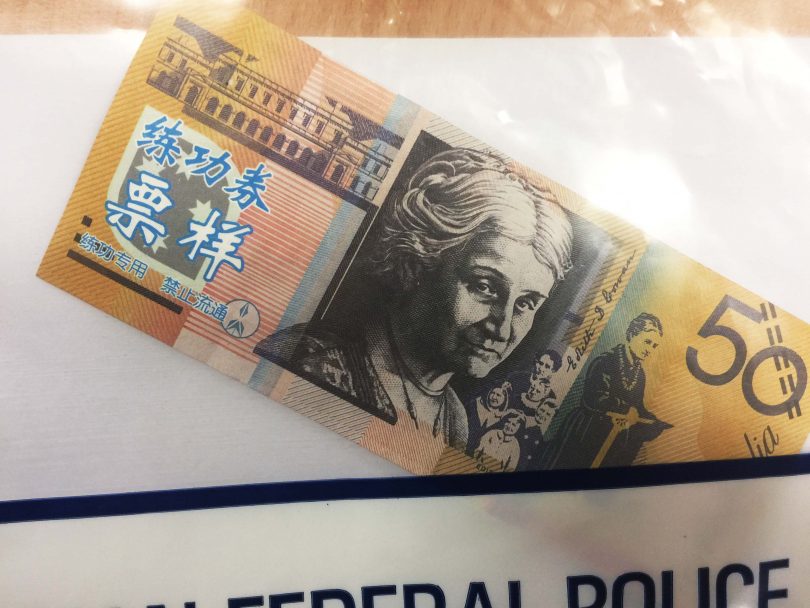 Anyone found to be unlawfully possessing or using counterfeit currency face imprisonment of up to 12 years.

“If you do receive what you believe to be a counterfeit banknote, try to handle it as little as possible to preserve evidence. Note the description of the person who gave it to you and contact police on 131 444,” Detective Acting Superintendent Kennedy said.

Further information about counterfeit currency can be found on the AFP and Reserve Bank of Australia websites.

The characters say “Made In China”

Why would you go to all the trouble of replicating the whole design but put Chinese characters on it? Surely that's counterfeit 101?

I wonder what the characters mean.

The answer is in the fourth paragraph of the linked article.