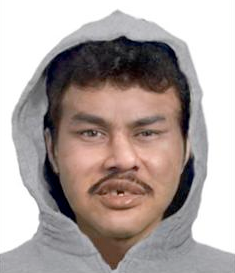 ACT Policing are calling for witnesses that may have seen an attempted kidnaping in Conder today (March 30).

About 8am, a 13-year-old girl was waiting at a bus stop on Box Hill Avenue, Conder when she was approached by a man in a white van.

The man grabbed the girl by the sleeve and tried to force her towards his vehicle, however she managed to escape and flee the scene.

The male is described as being Asian in appearance, about 40 to 50-years-of-age, approximately 5’3″ (160cm) tall, of skinny build with shoulder length brown hair.

Detectives from ACT Policing’s Territory Investigation Group have arrested a 53-year-old man on child pornography charges after the execution of a search warrant on his home today (March 30).

Police executed the search warrant on the Macgregor address examining the alleged offender’s computer, locating a number of images and videos believed to contain child pornography.

The alleged offender was arrested and will be charged and bailed from the regional watch house to appear on April 3, in the ACT Magistrates Court. He will face charges of possession of child pornography and two counts of using a carriage service for child pornography.

ACT Policing is investigating an aggravated robbery in Theodore Monday March 30, 2009, which left a 19-year-old man with injuries to his head and back.

After stopping his vehicle at an address in Burhop Close to deliver a pizza about 9.00pm, the man was approached by two females and two, possibly three males.

He was dragged from the vehicle and assaulted before the group made off with a small amount of cash. All of the offenders were believed to be wearing hoods or balaclavas over their heads during the incident.

The injured man was transported to The Canberra Hospital by ACT Ambulance.

Has this weak, perverted wanker been caught yet?.
My child goes to the same school that the 13yr old girl attends, they had an assembly warning the kids about this bastard.

Poor Pizza dude, I cannot believe these pieces of scum robbed and assaulted this poor fella for, well wouldn’t be anymore than $20-$50 bucks.

What the hell is happening to Canberra it’s just all death and destruction, I hope karma gets these f@*kers bad.

@#13 Hugh, I’m sure you must know someone who has a child in their mid teens. Would you like this guy hanging aroung them? And remember, Crimestoppers can be annonymous….

I can assure you the incident is real and the child involved is more than traumatized. Hope you dont have children if this is you attitude to such a horrifying crime.

It’s disturbing that the muggers were all dressed either in balaclavas or hoodies. Hopefully plod will get the wastes of DNA soon.

Robbing a pizza delivery driver….. How much of a total failure in life do you have to be to stoop to doing that, you just know the next 40, 50, 60 years, however many you have left, are going to be spent in a pathetic worthless existence. Hell if you’re going to turn to crime make it pay – do a bank or turn to cybercrime but doing over a Pizza Delivery Guy for $20 ???

I dont want to get drawn into this but there is a guy who looks a LOT like that who is always out walking around Conder/ Gordon.

I have laughed to myself before cause he looks like the dad one of those latino gangsters from some old boys n the hood movie.

So you are happy to post anonymously on a forum, but not willing to pick up the phone and give information that may stop a child from being abducted?

Looks more Pacific Islander than Asian to me.

I am really glad the girl got away.

Gee, I wouldn’t like to be your daughter, I hope if your kids (if you have them) came to you for help, you would listen and act instead of ignoring it and maybe something bad happening to them.

You actually should call them to share that info.

I agree, Think of how you would feel if someone actually got taken and you didn’t say anything?

You actually should call them to share that info.

I dont want to get drawn into this but there is a guy who looks a LOT like that who is always out walking around Conder/ Gordon.

I have laughed to myself before cause he looks like the dad one of those latino gangsters from some old boys n the hood movie.

Why put obfuscation on one instance of chylde pr0n, but leave it there (twice) in the quoted police media?

Isn’t he the bad guy from ‘Ghost’?

I’m sure there’s someone out there ready to claim he’s a top bloke, none kinder – especially to 13 year old girlies.

‘m sure his mother loves him…

Obviously its Tattoo from Fantasy Island, life must have gotten really tough when the show was cancelled and he had to make his way in the real world. He faked his death and now makes a living in the white slave trade. Ricardo Montalban would turn in his grave.

what a scumbag. hope he gets caught.

Tricia Lawrence - 23 minutes ago
Sad beyond words. View
Elizabeth Croft - 9 hours ago
I live in hope they re-open View
Community 3

Sue McIntosh - 50 minutes ago
Angela Moore thank you for this beautiful poem. View
Angela Moore - 2 hours ago
"The Poplars" The Poplars are fell'd, farewell to the shade And the whispering sound of the cool colonnade. The winds play no... View
Sue McIntosh - 6 hours ago
Ho hum, what else is new? More trees given the chop. If council is so worried about the trees falling, then they should be re... View
Property 16

John Hutch - 1 hour ago
I thought that these protests were a disgraceful display of the left-wing mentality and agenda to maintain oppression and vic... View
Capital Retro - 2 hours ago
"marginalisation by choice" being the PC term for "victim industry"? View
News 39

Lucy Irene - 6 hours ago
Mmm, not sure why ‘rainbow’ roundabouts could be an issue, curious! View
News 36

George Watling - 7 hours ago
Is there actually a need for more embassies? Has there been a sudden rush of new countries needing embassy accommodation in A... View
Lifestyle 3

Chris Liddiard - 8 hours ago
Kirsten Madsen thank you for this. I’m sure she will be interested. She is really missing band at the moment. View
News 49

Stephen Dixon-Jain - 8 hours ago
Thanks for the suggestion, Julie. I've just adourned our letter box with the colours of the Aboriginal flag. Stephen View
Julie Macklin - 10 hours ago
People crowded together. Unbelievably irresponsible. There are other ways to make the point, and a more permanent point to re... View
News 2

Julie Macklin - 10 hours ago
Gregg Heldon That is when one car is stationary and the other car is moving. All the cars are stationary at lights. Fortunate... View
Property 39

Building a new home, or renovating or extending your existing home, is one of the biggest investments you’ll ever make,...
News 39

@The_RiotACT @The_RiotACT
While most of us were working from home, our health professionals were on the front line of COVID-19. But like many (male) Canberrans, they let themselves grow and COVID became MOVID. Check out their efforts https://t.co/KVLsKnJCTk (46 minutes ago)

@The_RiotACT @The_RiotACT
For Our Country, the Australian War Memorial’s Aboriginal and Torres Strait Islander memorial, has taken out the top gong at the ACT Architecture Awards on Friday night, winning the prestigious Canberra Medallion. See all the winners https://t.co/dKch27SZqs (2 hours ago)

@The_RiotACT @The_RiotACT
The number of homes in Canberra on the market continued to fall in May but they held their value as the property sector began its journey back to normality with the easing of COVID-19 restrictions https://t.co/TQpXogPOHb (4 hours ago)