Possum on barbie novel, but no match for goat meat’s popularity 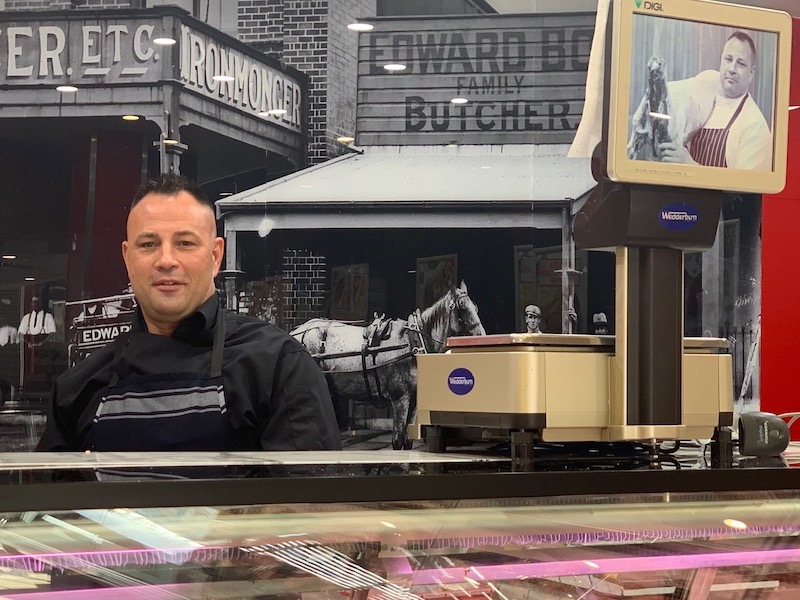 When a ringtrail possum arrived in his regular order of processed game meat, Fyshwick butcher Matthew Hicks thought it was an accident. “I was going to send it back, but thought, I will write it out on the board, and it sold,” he says.

Although resembling skinned cats, whole possums are finding buyers according to the Unique Meats butcher, who was selling one a month last winter. Mr Hicks says people become more adventurous in the kitchen in winter. He also sells buffalo and crocodile meat.

“There is a growing demand for a lot of that game product. They are actually Tasmanian possums, though, for some reason they must be able to do it there, but not here.*

“It is not for me, I have plenty of good meat I can eat,” Mr Hicks says.

Mr Hicks says one of the most in-demand animals these days is goat meat. “I get asked for it every week. It was once only halal people, or Greek customers, now I am finding everyone is interested in trying it,” he says.

He does not know what has caused the interest. “Maybe people are sick of lamb, maybe they want to try something that is different. I had a bloke here two weeks ago, he said, ‘Oh you had a goat leg here, Matt, and I took it home, we tried it, it was better than a leg of lamb, Matt.”

The butcher says goat meat is much cheaper than lamb. A woman rang him from South Australia, inquiring about the Canberra market while researching goat and venison distribution. “She was about to establish a warehouse for supplying butchers, and wanted to know if I would take some of her meat,” he says.

Mr Hicks says the quality of goat meat can range from good and solid to scrawny carcasses.

“I actually went to Melbourne and had a look at the butchers in the Vic Markets (Queen Victoria Markets) and noticed a butcher had whole goats in the window, plus all the cut-up goat displayed. He was a goat specialist,” Mr Hicks says.

Yass Livestock Exchange began goat sales midway through last year. Its next sale is on Monday, and Garry Apps, principal of Ray White Real Estate, Boorowa, says 300 to 400 goats will be yarded.

Goats are trucked in from Murrumbateman, elsewhere in the Canberra region and the Monaro. “It is actually building a bit of steam, we are getting more and more goats there, which is good,” says Mr Apps. “There are domestic goats and some ferals, from the Abercrombie River (north of Yass) and up that way, and some from the west, Leeton, that way.“

The ongoing drought is driving numbers down for the number of feral goats. “Our worst yarding was a couple of hundred, our best rising up to six or seven hundred. A range of buyers are active for the export market, Sydney meat distributors and private sales,” Mr Apps says.

*Australian Geographic reports commercial harvesting for the export fur and meat trade occurs only on a small scale in Tasmania, where possums remain most abundant. In 2014–15, for example, commercial operators harvested about 20,000 brushtails. Many more are legally killed in Tasmania as a crop protection measure.

Nicola did you have anything to do with this?

Not ringtail possum 😳 surely it was brushtail? 🤨

Possum is delicious. Though I was told older male possums taste of urine.

John Garvey possums stink like urine! Remember how they used to get between the 2 levels of our house at Oatley?

franky22 - 54 minutes ago
All pollies want electoral reform that will favour their particular demographic. View
Acton - 2 hours ago
If the Greens think that lowering the voting age to 16 will result in more Green votes, they may be very disappointed. There... View
Community 2

Jordo’s Chop Shop: A cut above the rest

@The_RiotACT @The_RiotACT
The derelict Commercial Hotel in #Yass is under new management, as the major shareholder of Public bar in #Manuka takes over https://t.co/ss9NhiJQLa (37 minutes ago)