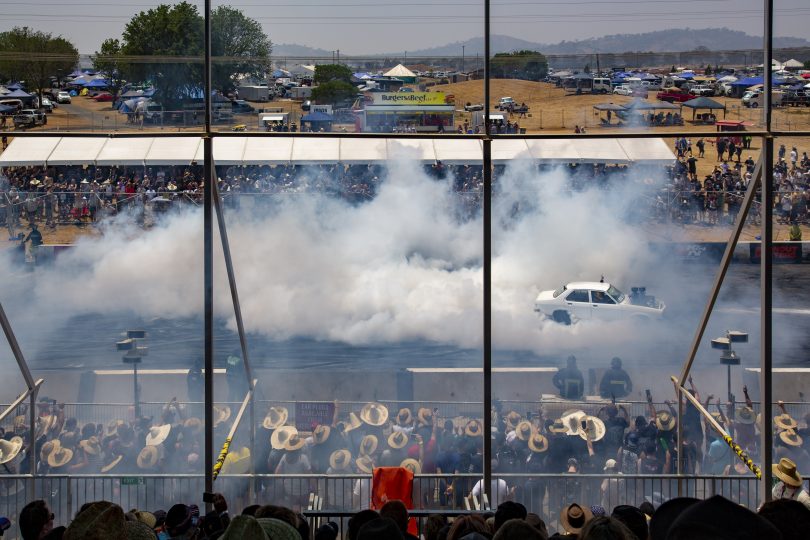 It’s been a terrible week for the Capital region as fires raged across the South East on an unprecedented scale. The crisis has been building for months, as have calls for weary volunteers to be relieved by defence forces.

We asked you last week whether the ADF should expand its role to frontline firefighting.

Some vehemently disagreed with the question: Kylie Whittington said “The ADF already put their lives on the line, doing the jobs they are trained for. They are not trained to fight fires, especially fires of this magnitude and ferocity. ADF personnel don’t have the training or equipment to be on the front line in this crisis”, and Phil Kristofferson commented, “Can we now close this ridiculous poll that is giving voice to the ill-informed and uneducated?”

Many others strongly agreed that the scale of the disaster was such that ADF involvement was an obvious step.

Anne Maegaard Willenborg said: “Absolutely. This country depends way too much on people volunteering to provide services that the government should provide but won’t because people want tax cuts and governments want surpluses. How warped is this?”.

And from Sandra Jalkanen, “In this sort of emergency, where resources are getting thin, and our RFS are getting weary, the backend support from the ADF is crucial. The ADF is uniquely positioned to provide food, shelter, fatigue management, reconnaissance, aerial support, etc etc. The ADF has the training and resources tackle a large mass of people spread over vast distances”.

1413 people voted in the poll. Your options were No, their skills are best used to provide vital logistical support This received 31 per cent of the total or 439 votes

The alternative was Yes, this is a major natural disaster. We need every available resource. That option was the clear winner with 69 per cent, or 974 Votes

Last week, Prime Minister Scott Morrison announced the deployment of 3000 Army Reserve troops on the frontline to augment the logistics support role being played by the ADF.

Alongside the fire crisis and its impact on friends, neighbours and families across our region, one of the biggest stories galvanising Region Media readers has been the decisions made by Summernats organisers to go ahead with their event and in particular the burnout competition.

The burnouts were held on the hottest day in Canberra since record-keeping began during an ACT wide State of Alert and total fire ban. Chief Minister Andrew Barr had appealed to organisers to cancel the competition at the very least, but Summernats responded by saying they were “very happy” with their safety measures and that fans expected to see the burnouts taking place.

On the preceding Friday, NSW and ACT police attempting to control illegal burnouts at Sutton near the Eagle Hawk resort were forced to retreat across the Federal highway flyover after being abused, then pelted with bottles and rocks by members of a 2000 strong crowd.

One NSW officer was injured, and two police cars were damaged in the incident. Summernats CEO Andy Lopez says there is no evidence of any kind to suggest that cars involved were Summernats entrants although a number of people shown in social media vision of the incident were wearing Summernats wristbands.

Mr Lopez has sharply criticised anyone involved and says that their actions put the event at risk, tarring many otherwise responsible participants in an economically valuable community event. Police continue to investigate the incident and have asked for any dashcam footage or information from the public that can help identify perpetrators. 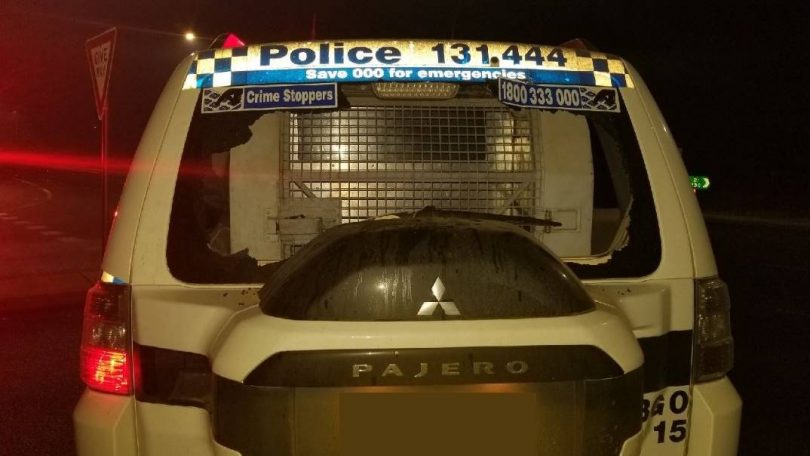 A rock smashed the back window of this NSW Police vehicle at Eagle Hawk. Photo: NSW Police Facebook

Region Media’s Tim Gavel has asked today regarding the Summernats decision “at what point does social responsibility kick in when the action is set against the broader context of bushfires raging?

“For mine, it was a terrible image, akin to the Sydney Fireworks on New Year’s Eve”.

So, should the Chief Minister and emergency controllers have taken the next step and cancelled permission for the burnouts competition to take place? At what point does regulation step in – or should all such decisions rely on an individual organisation’s commonsense and social responsibility?

Should authorities have exercised their powers to cancel the Summernats burnout competition?

Should authorities have exercised their powers to cancel the Summernats burnout competition?

One moment with the poll the ‘yes’ vote was leading, then all of a sudden the ‘no’ vote was leading. Makes me wonder if the results were screwed by say an email going out to Summernats attendees and asking them all to vote.

The ACT does not seem to have a Riot Squad so it obviously necessary to borrow one from NSW for the duration of Summernats. The cost should be carried by Summernats organisers.

No need to be a Snowflake! I’m sure the 5% of the community who oppose it will get their way soon. just like all the other similar enjoyable things in life, i.e. 4wding, remote camping, trail bike riding, hunting etc. etc. etc
anyway. my answer is obviously No! as always with this event, they were well prepared and there was very little fuel for a fire to actually take hold in the immediate surrounding area.
Also, because you mentioned it, I believe the various fireworks events should only be cancelled if advised by the appropriate authorities, RFS etc, least of all Darling harbour! these events serve much of the public by providing an outlet and in times of crisis a phycological and emotional reprieve.
I understand the even here was cancelled due to high winds, fair enough!

The events that unfolded at Sutton do not represent the majority of Summernats attendants.
But! You know what! This is the sort of thing that you can expect with the overcooked anti hoon laws that have come to pass and the reduction in legal options, particularly in NSW where most of those people likely came from.

Disclosure! Although I have regularly attended Ssummernats for the last 15+ years I chose not to go this time due to the conditions, and I have no interest in watching fireworks though I fully support the value of the event to the community.

“… This is the sort of thing that you can expect with the overcooked anti hoon laws that have come to pass and the reduction in legal options, particularly in NSW where most of those people likely came from …”
So you condone the actions of these morons because laws have been introduced preventing them from getting drunk and doing burnouts?

Disclosure! Never been to Summernats and never will … I live down south so has no impact on me whatsoever and I don’t give a toss if it stays or goes.

Forget it. If they are allowed to continue with burnouts on the hottest day in history with the whole surrounding area going up in flames and gleefully adding their acrid rubber smoke to the worst air quality in the world, then nothing can stop them. All they have to do is quote how much money they bring in to the ACT and everything caves.

Definitely NO. The Summernats employ their own fire crew that are positioned all around the burnout ‘pad’ who react & respond immediately to any threat very promptly, no-one & nature are never in trouble. Taking Summernats from Canberra would be detrimental to the local economy. My only suggestion would be ban the sale of alcohol before….say….2-3pm, that will eliminate most of the ‘dickhead’ behaviour.

I believe if they want to ban summernats because of what people did in their personal time, than it’s going to happen a lot more, if you take away our safe place not many are going to care and probably will just light them up at every intersection they find, so before you ban something like that have a thought at the repercussions

There are alternatives:
1. Ban burnouts in the ACT on days of extreme fire danger or poor air quality, with no exceptions, OR
2. Ban burnouts permanently, with an exception for carefully controlled ethical research into the effects of burnouts.

You are talking about stopping the sort of antisocial people (2,000 was mentioned) who did burn outs at Eagle Hawk. How many police would that take to stop those antisocial dinosaurs? And if they were banned from doing them at the venue, there would be another Eagle Hawk incident, somewhere. Those sort of people want what they want, and they don’t give a damn.

I do agree though that there shouldn’t be burn outs. Hard to know how to stop them though.

Why ban burnouts in a tightly controlled event? Andy Lopez stated they had 60 fire response personnel on site which were not resources for the bushfires. People need to be a bit smarter rather than just blurt out “ban the burnouts”, no one got injured, no fires were started, no one was in any danger… On the flipside if the 20-30 thousand people waiting in the grandstands to see burnouts were told the burnouts were cancelled what do you think would have happened? I suspect it would have been pretty close to a riot.

You may feel more at home in North Korea. Do us all a favour and give it a try.

…I think that says a lot about the crowd if you consider that they’d possibly riot if they’re told to consider others on a day of extreme circumstances. We’ve all been bummed out when an event/show/band has changed…but we haven’t rioted dude.

My daughters place, which is quite near to the venue, was vandalised by three guys on their way from the venue to their accomodation on the weekend. Totally unacceptable. Time to move this event to a purpose built motor sport park.

You can’t really put “Summernats” and “social licence” in the same sentence.

Despite the tragedy of the bush fires life in Australia and planet Earth goes on. Why anyone would link Sydney’s fireworks, Summernats and someone preparing Christmas luncheon on the barbecue or outdoor kitchen is beyond me. They are not connected. Anyone trying to associate them is on a guilt trip of dubious moral value.

On Sunday, remember the dark orange sky day? I woke up in Deakin to the sound of someone doing their best to shred their tyres on a nearby public road. Pretty certain it was a Summernats fan! 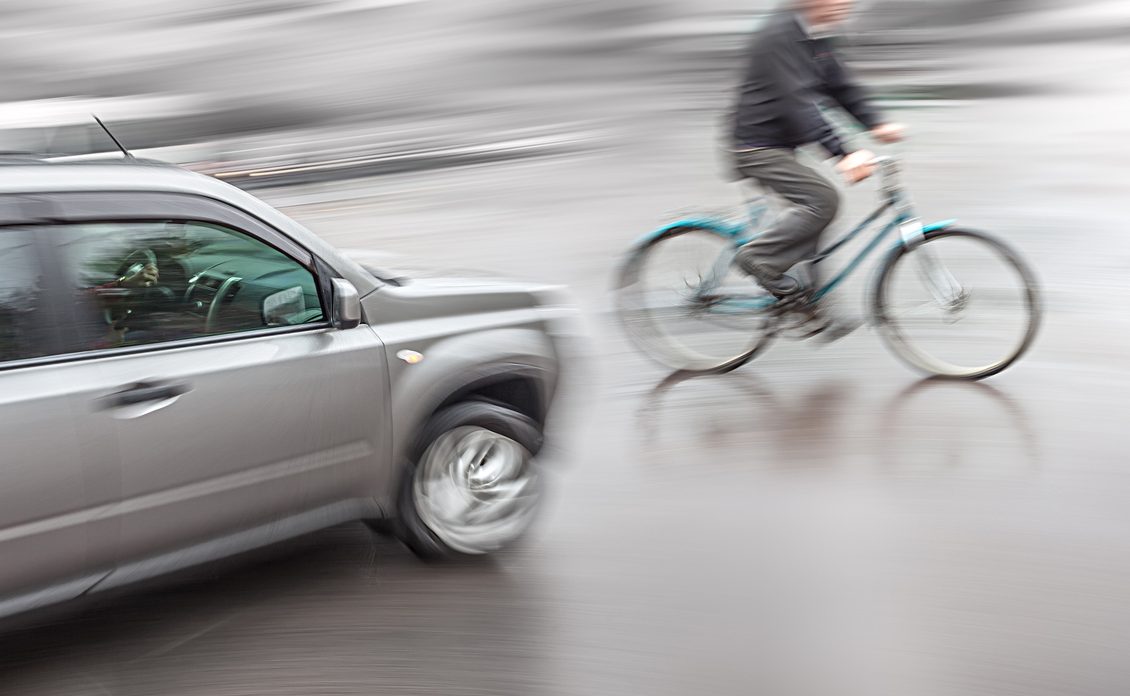