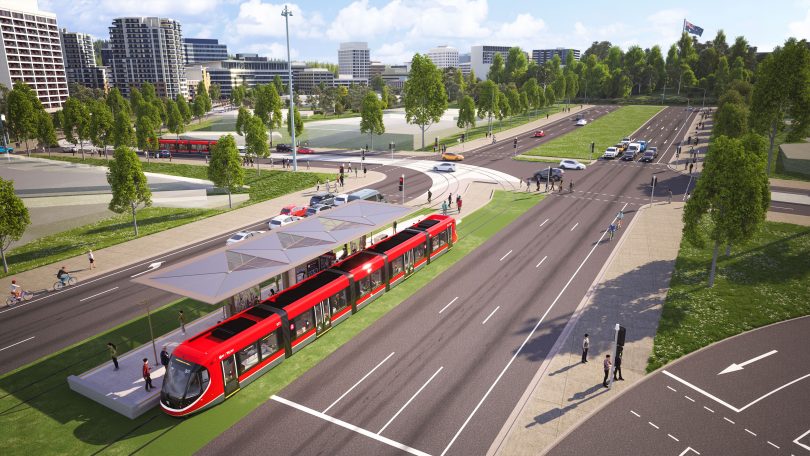 Stage 2A of light rail will be wire-free, but who should bear the costs? Image: Supplied.

School is back across the ACT and with it the onslaught of ever-more technology in our schools. Ian Bushnell recently questioned the growing trend to integrate technology in every area of school life, and many of you agreed that we should consider weaning the kids from their obsession with screens.

“There is no question about their role in learning but there remain plenty of questions about the appropriate age for children to be exposed to technology,” Ian wrote.

“There are the obvious physiological issues of being hunched over a device, such as the aching neck, back and shoulders, sore eyes and headaches or, like television, the way inactivity can lead to obesity and children alienated from the natural world.”

We asked you whether the absorption with technology has gone too far in the classroom.

Your choices were to vote Yes, kids need to be weaned from the obsession with screens. This option received a majority of 62 per cent or 723 votes. Alternatively, you could choose to vote No, it’s an unavoidable part of modern life. This option received 38 per cent, or 447 votes from a total of 1,170 votes cast.

This week, we’re asking whether you think the Federal Government should pay the extra costs associated with wire-free light rail.

That means a higher price-tag as new and existing light rail vehicles will need to be fitted with onboard energy storage with regenerative braking capability. A traction power substation connected to the system at Commonwealth Avenue will need to be built in Commonwealth Park.

But who should meet the costs? If the Commonwealth demands the more expensive option, should they also meet at least some of the costs? Could light rail provide the opportunity for some much needed Commonwealth infrastructure investment in the ACT?

James Balean said: “The issue can be resolved by asking ‘who’s the customer?’ According to the light rail website, ‘Canberra’s Light Rail PPP is between The ACT Government and The Canberra Metro consortium’. The Fed Gov is NOT the customer! The customer pays! It’s just a stakeholder with the right to impose a constraint.”

“I don’t understand why the federal government should pay extra for non-essential aesthetics. The irony is that the poles and overhead wires have a greater retro and heritage aesthetic than the modern hidden wires and components that the wire-free proponents don’t want”, John Hutch commented.

The fundamental issue is the relative costs and benefits of the extension of the light rail to Woden and possible alternatives including busways. The government has not done this assessment. Its approach lacks transparency, accountability or competency. No funds should be committed on the extension until an independent assessment is done. There are potential savings which could be used to address unmet needs in health, social housing, city maintenance and increasing the frequency and coverage of the bus network. Mr Barr stop treating the Canberra community as mushrooms.

Don’t expect anything soon from the Feds. So where the bloody hell is our boy on the hill Zed? Zilch+Zero=Zed. Light rail, same sex marriage – any visionary idea the ACT government has Zed and his mate Alistair are there trying to scuttle it.

As I write, common sense is winning this one, 63-37. When useless NCA couldn’t help us on the ASIO Building, Brindabella Park, Constitution Avenue, and how much time do you have, the idea that they now insert their twee aesthetic ideals for the Triangle is beyond a joke. 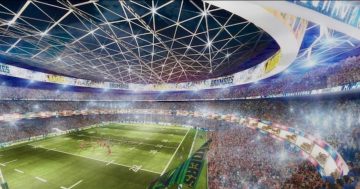