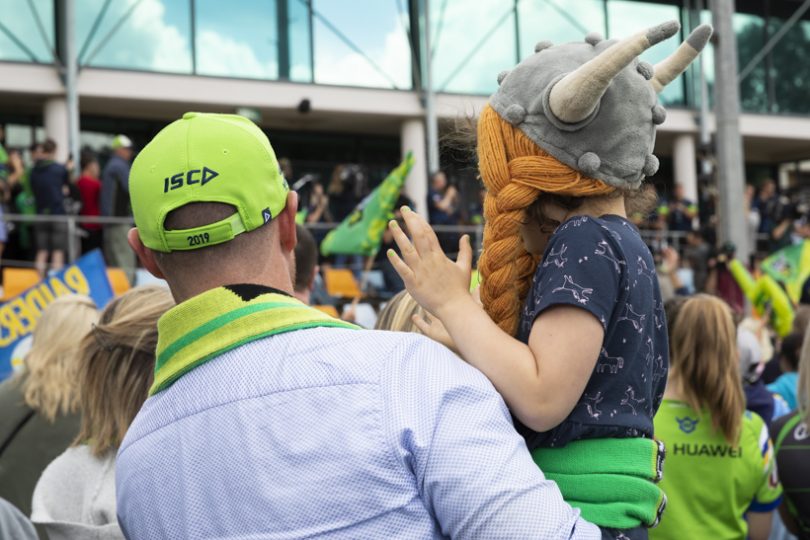 The Canberra Raiders are already cashing in on their stellar 2019 season, with figures released last week showing the team was the most-streamed NRL team and also recorded its highest home crowd average in 25 years.

During its first post-season briefing with local media in almost 20 years, Raiders’ Chief Operating Officer Jason Mathie said while the club is still well behind well-heeled outfits like the Sydney Roosters, Brisbane Broncos and Melbourne Storm, the Raiders will continue to focus on the growing community of fans choosing to ‘bleed green’.

Mathie said while he understood the anguish of fans who watched their team’s hopes of a premiership slip away on the back of a refereeing decision, their season was so much more.

“I think the performance of the team was enormous, irrespective of how the grand final transpired and all of the commentary that happened post-game,” he told Region Media.

“I think we shouldn’t lose sight that the game was terrific, not only for our club, players and staff, but also for the broader community when we saw that, over a period of about a month, this town turned green. It was electric and it gave Canberra a soul that we haven’t seen since 1994.”

Rugby league fans watched more than 43.5 million minutes of Raiders’ matches streamed through the Telstra platform, making the Raiders the highest streamed team in the NRL.

The team’s on-field success has also transferred into a marked increase in memberships, with 9,900 memberships already sold this year, up about 3000 from this time last year.

There has also been an increase in upgrades to membership packages, with members signing up for full-season packages over part-season options.

Mathie said GIO Stadium will get an additional 2000 seats to accommodate the growth in the number of people attending games there this year.

The club recorded its highest home crowd average since 1994 of 16,238 people, which culminated in an NRL record crowd of 26,567 at the venue for the preliminary final against the South Sydney Rabbitohs.

During televised games, the Raiders were one of three clubs to record an increase in viewers. They now rank as the sixth-highest in the NRL, meaning fans can expect to see more free-to-air coverage of the Raiders in the 2020 season. 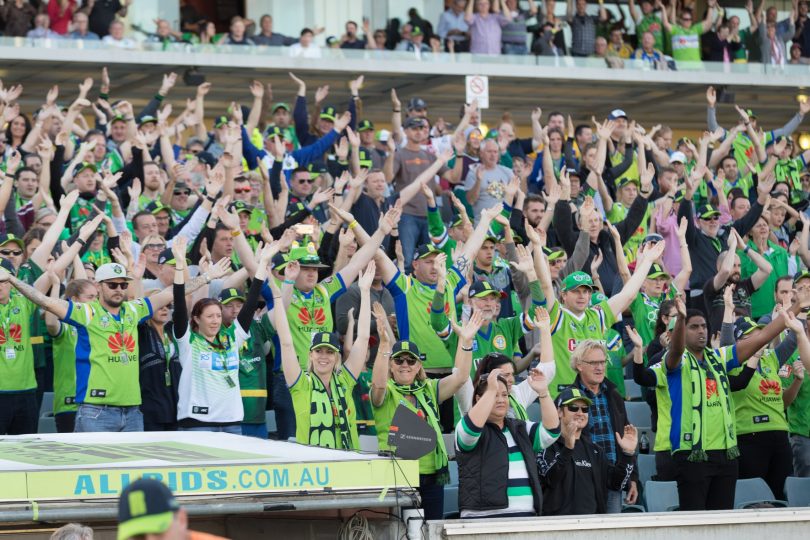 The Viking clap will continue to grow as the club looks to go one better next season. Photo: File.

Jason Mathie said the opening of the Raiders’ $9 million Centre of Excellence in February next year will further entrench the club’s grassroots in the community.

“We’ve always had the community as the basis of what we stand for, but we need to stay humble and stay committed to what we’re about as an organisation,” Mathie said.

“The Canberra Raiders’ charter is very different to the Sydney Roosters or the Brisbane Broncos in that we were born out of the local rugby league competition and we’re supported by a licensed club network that is entrenched in the community, and we actually roll out programs such as health, well-being and social messages that are not just about rugby league.

“Our attitude is that if we can get a small amount of improvement in all areas of our business, come September/October next year, we should be in an even better position than we were at the end of this season.”

This comes as the Raiders re-signed halfback Sam Williams on a new two-year deal that will see him remain with the club until the end of the 2021 season.

Williams was off-contract at the end of 2019 but has retained a spot in the Raiders roster for two more years after strong performances for both the Raiders NRL side and feeder club Mounties this season.

“I was always comfortable about getting the deal done and it’s an exciting time to be involved with the club,” Williams said. “We’ve got a good squad and we’re in a position now where we can threaten for a title next year.”

The Raiders will officially launch their 2020 campaign on 6 March, following the club’s only pre-season trial against the Bulldogs at Port Macquarie on 29 February.

Other significant games during the season will come against South Sydney on Anzac Day, with their Forever Green members’ game against Penrith on 17 May, where the club will offer members the opportunity to be one of 362 names on the jumper for the game.

Mataina Rozowsky - 33 seconds ago
Deb Williams Wray Tyler Daly View
Karenne Eccles - 19 minutes ago
This i has been happening in Kiama also ... View
Sam Da Cruz - 1 hour ago
India Elise this why you were painting rocks yesterday??? 😂 View
Opinion 89

Julia Ross - 2 minutes ago
As long as it's in warmer weather. The June long weekend was just too cold for spectators and drivers. View
Shawnee-Rae Hulm - 27 minutes ago
Noss Hulm I remember that Dad View
Tom Short - 30 minutes ago
Alison Lamb It would be more like nascar View
Lifestyle 30

Kay Pearce - 16 minutes ago
Helen Kook thats just what Grandma (Mrs Prowse) would do!!... View
Helen Kook - 2 hours ago
Knowing my grandmother it would have been an easy walk back in those days View
News 22

The promise of better light rail access to the Mitchell business hub is now a reality with services commencing on...
Community 44