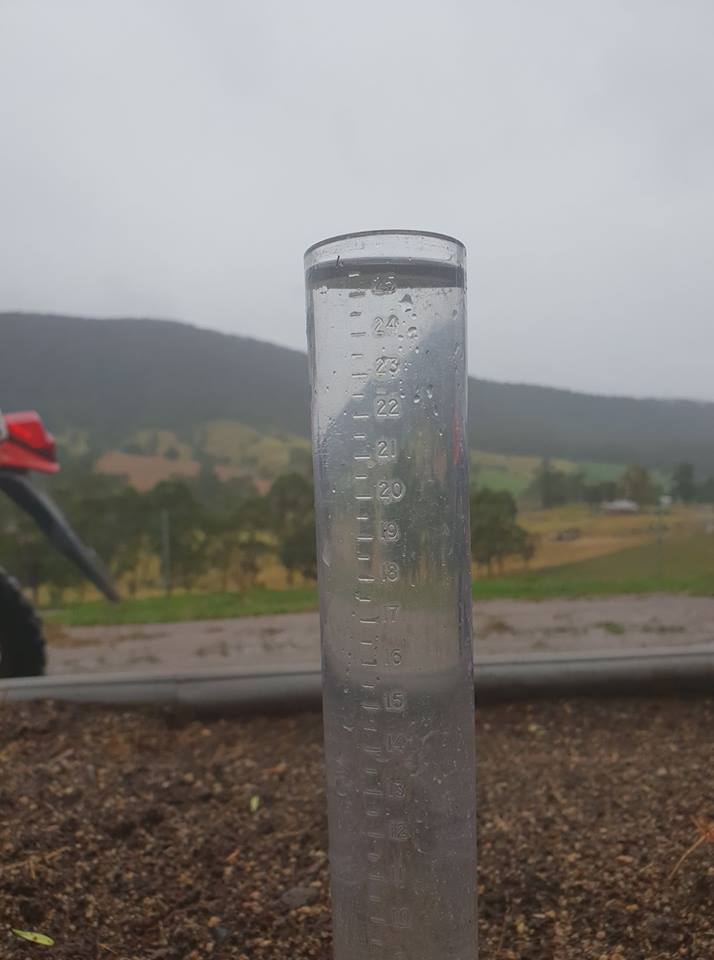 Fingers are being crossed all across the south-east NSW region for predicted rainfall this week.

And it’s not just firefighters who are sending good vibes to the weather gods.

“If this rainfall forecast comes to fruition then this will be all of our Christmas, birthday, engagement, anniversary, wedding and graduation presents rolled into one,” the NSW Rural Fire Service said via social media.

The Bureau of Meteorology (BOM) is forecasting rain from Canberra to the South Coast from Thursday until Monday next week, but it will most likely fall as showers and thunderstorms rather than widespread rain.

The duty forecaster at the BOM told Region Media it is difficult to predict rainfall totals but there could be more than 50 mm of rain in some areas.

“A lingering weak trough will trigger unsettled weather conditions in the area from Wednesday and into Thursday and Friday, and maybe further into the weekend as well,” the forecaster said.

“It is difficult to say how much rainfall there will be. It could be 10 or 15 mm on each day or it could be higher as the rain will mostly be thunderstorm activity and showers that will tend to fall in one spot more than another.

“There will be a lot of moisture and precipitation, but most of the falls will be through convection from thunderstorm activity and showers rather than a widespread rainfall because we don’t have a widespread system that will bring the rainfall.” 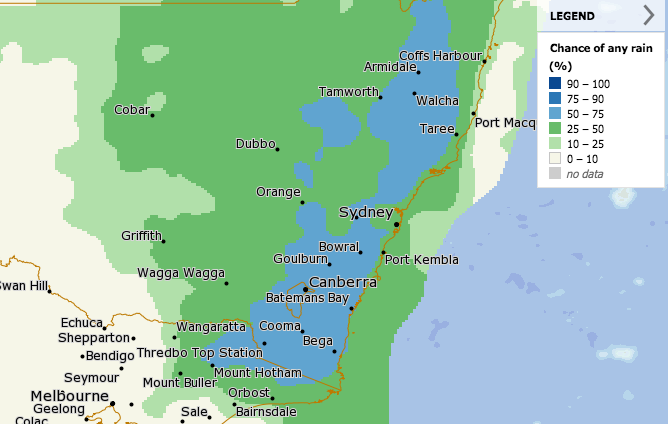 The Bureau of Meteorology’s rainfall spread for this Thursday, 16 January. Image: BOM

The BOM says an increase in monsoonal activity across northern Australia is driving the increased chances of rainfall. The Indian Ocean Dipole, where Indian Ocean sea surface temperatures impact rainfall and temperature patterns over Australia, is also weakening.

“The weakening of the Indian Ocean Dipole and other climate variables are bringing moisture and slightly more humid conditions across NSW and the ACT, including the south-east of NSW,” the BOM forecaster said.

“We’ve also been having a lot of north-easterly and easterly winds in the last couple of days which is driving all the moisture.

“We are seeing trends of moisture building up in the region with temperatures that will be quite mild.”

Canberra will see temperatures in the high 20s and low 30s. In the south-east of NSW, temperatures will be in the mid to high 20s.

“Forecast models suggest that widespread totals of 20 to 40 mm are likely between now and Tuesday next week in northern, central and eastern Queensland, the eastern half of NSW and parts of Victoria. Some places in NSW and Queensland will pick up 50 to 100 mm during the next week, with isolated totals over 100 mm a fair chance,” Mr Domensino said.

However, the question everyone is asking is whether the rain will be enough to extinguish the bushfires in NSW.

During the regular ACT Emergency Service Agency briefing on Monday, ACT Chief Minister Andrew Barr said we would need a lot more rain than what is being forecast to completely extinguish the bushfires.

“That rain, if and when it comes, will be welcome but the very clear message is that it won’t put out the fires, but it will certainly slow the progress,” the Chief Minister said.

“This prevailing weather pattern is helping to strengthen containment lines, but we remain very vigilant and will continue to watch the fires on the NSW side of the border.

“There is the prospect of some rain later in the week, and those who have been looking at the forecasts are seeing some quite encouraging prospects for Thursday in particular.”

Honorary lecturer at the ANU’s Fenner School of Environment and Society, meteorologist Dr Clem Davis said too much rain too soon could be detrimental as it will cause erosion of the soil. If the rain is too heavy, run-off into our waterways could also impact the water supply.

“If it’s nice, gentle rain over a long period of time, it will soak in and the nutrients from the ash will be good for the soil and regrowth,” Dr Davis said.

“But what we saw in 2003 is the rain stuffed up our water supply and it cost $56 million to put in a system to filter all the pollutants out of the water. The gunk in the water makes it undrinkable.”

Dr Davis also said the landscape can withstand fires, but only when it has had a chance to recover.

“A lot of the Australian landscape is built to withstand fire. Banksias won’t actually propagate until there’s been a fire,” he said.

“One of the big questions now is that if you are getting fires more often, how is that going to affect the regeneration of the landscape?”