Experts in buying, selling & renting
Your property, your future
18 October 2018 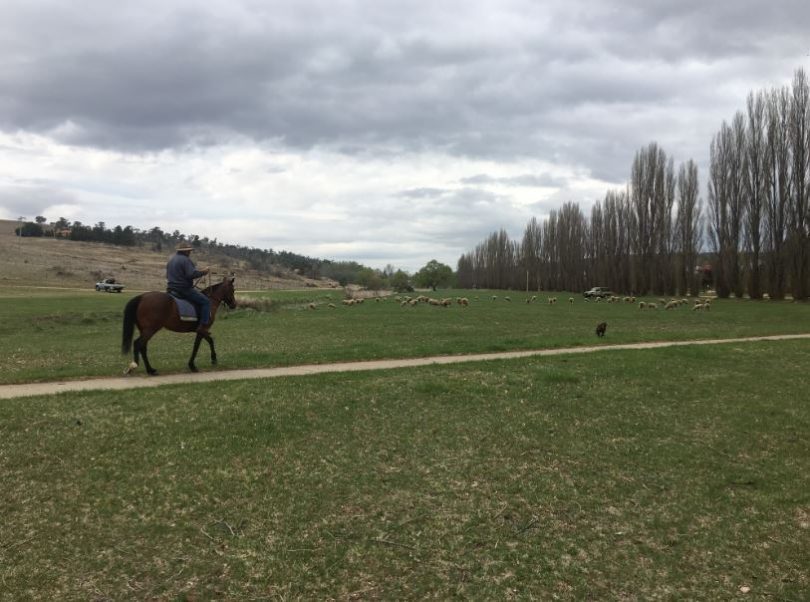 A veteran of the Monaro landscape is making the most of green pick on the edge of Cooma to get his sheep through the ongoing drought.

Eighty-year-old Ray Shingles is born and bred Monaro. Chatting to him on horseback, he points to the house he was born in.

Ray says he has never seen his country so dry. His farm lease just to the east of the Cooma CBD is all but dead despite the rain of the last week or so.

“The paddocks are buggered, there is no feed anymore, we had been feeding the sheep by hand,” Ray says. 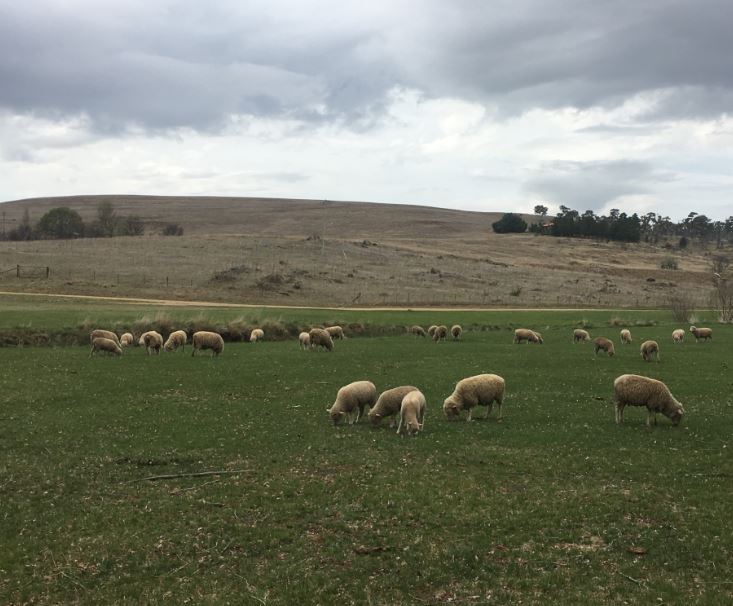 Ray’s farm lease on the barren hill behind his flock is “buggered”.

Seeing green shoots emerge from the banks of the Cooma Creek, Ray was granted permission by Snowy Monaro Regional Council to graze his 31 ewes and 25 lambs on the surrounding river flats which are supported by the higher water table.

“See where that white fence is? There is a well there, years ago the railways pumped water out of it, you can see the old railway line along there,” Ray says. 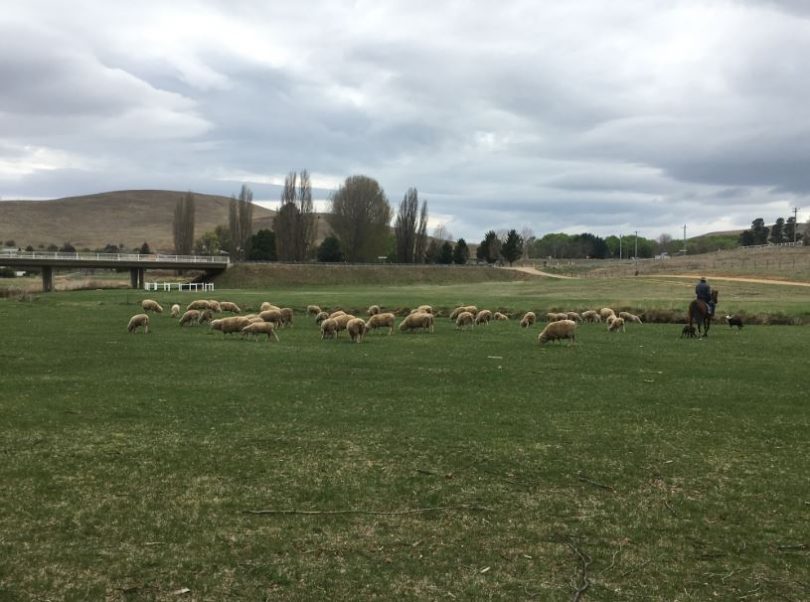 The circular fence in the background marks a well the railway used to pump out of.

Ray hasn’t had to sell any stock just yet, making the most of whatever feed he can get until good rain returns.

“We aren’t as bad here as they are up north, but I am grateful Council has let us in here [Cooma Creek] it keeps us going.” 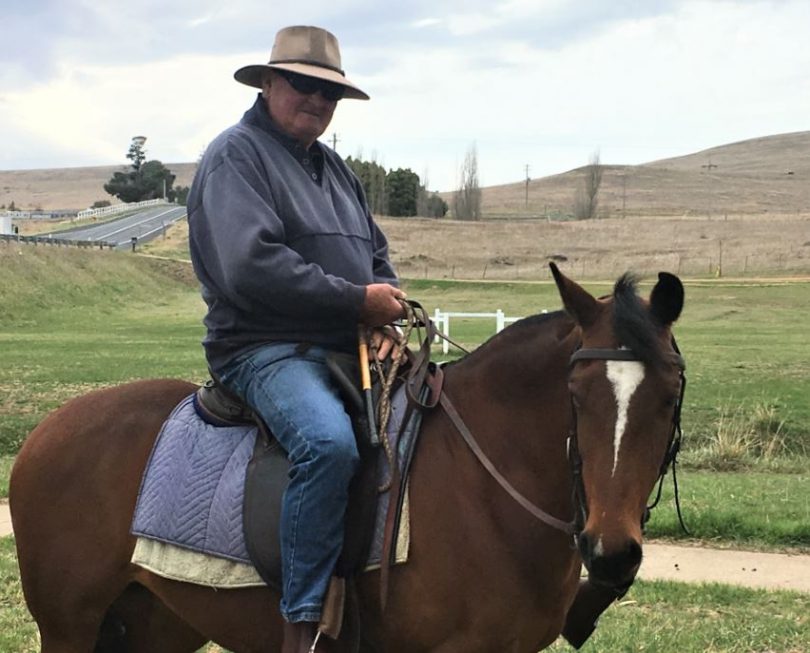 For the last five weeks, Ray has been alternating his flock between both sides of the creek, letting one side recover and produce more green shoots before returning to graze again.

“This was originally a golf course, you can still see the first tee up there on the hill, and the old clubhouse was the place over there with the red roof,” he says.

“There used to be three or four dairies down here too.”

Working with his horse Bonnie and two dogs Cooly and Biddy, Ray hopes Council will allow him to continue grazing on the reserve for as long as he needs it.

“Why mow it when the sheep can do exactly the same or do a better job,” he says.

Ray’s knowledge and history of this land are his sheeps greatest asset in these dry times. 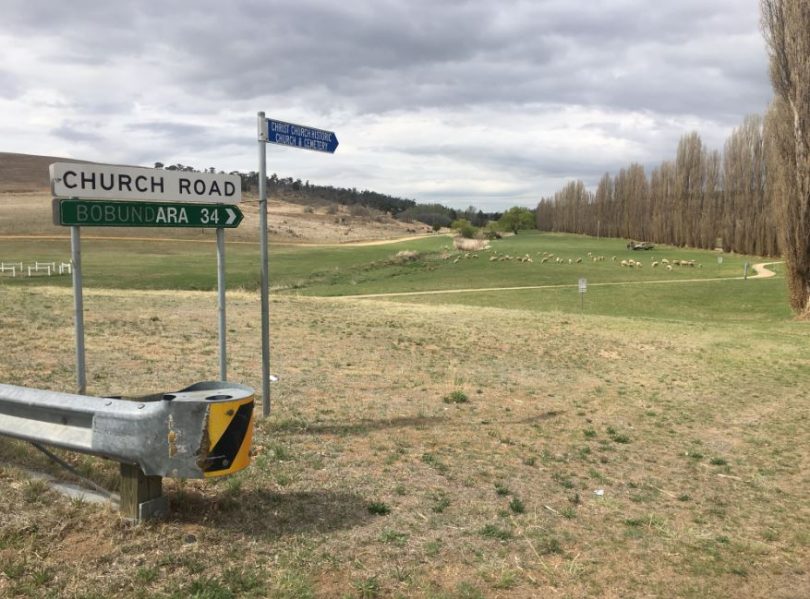 The river flats on the banks of the Cooma Creek are providing valuable green pick for Ray’s sheep.