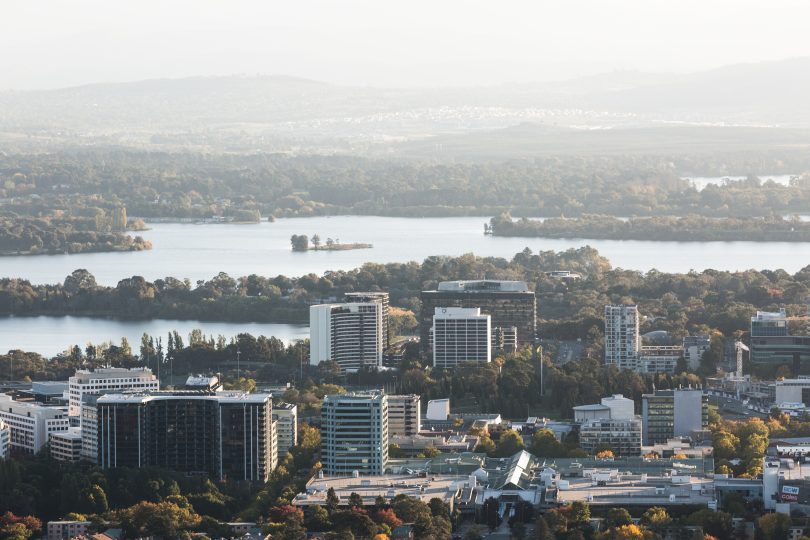 Canberra is at the forefront of regional bridesmaid cities beginning to rival the real estate brides of Sydney, Melbourne and Brisbane.

The regions are the new black according to this year’s McGrath Report, a compelling overview of what is happening in the property market in Australia’s eastern states.

Meanwhile, the bigger capital cities are getting busier and more expensive.

“Jobs growth has attracted new residents, with Canberra amongst the top 10 destinations for all capital city migrants in FY17,” Craig says. “The territory welcomed 12,000 people from the other capitals, including 5,200 from Sydney.”

Craig says housing has always been cheaper in regional areas which now offer so much more. This is particularly the case in the ACT’s burgeoning café scene, major shopping centres, good local transport and plentiful job opportunities without the traffic, pollution, noise and time poverty that comes with big city life.

While affordability remains a key reason to move, many say buyers are increasingly talking about escaping from city stress, traffic and cost of living.

Population growth is no doubt contributing to the greater hustle and bustle of city life. Australia’s population hit 25 million in August 2018, 33 years earlier than forecast by the Australian Bureau of Statistics in 1998.

Craig says the rate of growth in Canberra’s market slowed in FY18 but the city is expecting its fifth consecutive year of price rises in FY19, driven by above-average population growth, limited supply of greenfield land for new housing, ongoing job security and the country’s highest wages.

CoreLogic figures show the median house price rose by 3.3 per cent to $674,000 in FY18, a deceleration on FY17 (9.7 per cent) that is largely attributable to tighter lending restrictions, which are impacting every major market across Australia.

Economic forecaster BIS Oxford Economics says Canberra house prices will continue to rise at a slow and steady pace through to 2021, with 10 per cent capital growth predicted – the second highest rate of forecasted growth in the country behind Brisbane at 13 per cent.

The community’s desire for greater diversity of housing options was acknowledged in the ACT Government Housing Choices Discussion Paper, released in November 2017. The territory’s residential stock is 81 per cent separate dwellings, which has served the city well in the past but does not suit its rapidly changing community profile.

Canberra has one of the fasting ageing populations in the country and single and couple-only households are becoming far more prevalent.

The apartment construction boom has met some of this demand but it has mostly been in town centres and along major transport routes, which does not serve the 50 per cent of residents surveyed who would like to downsize in their existing suburban communities as they age but have little-to-no small home options.

Surveys have shown a clear preference amongst residents for more terraces, townhouses and dual occupancies in established areas close to the city.

Meanwhile, Canberra’s median apartment price decreased -0.8 per cent to $438,000 in FY18.100, with demand still high enough to meet new levels of supply even with a drop-off in investor activity. The city has seen significant development, with 6,700 new apartments still in the pipeline until the end of FY20.101. For now, there is enough interest from local, interstate and foreign investors as well as younger generations to keep prices stable. The vacancy rate remains extremely low, there is a strong tenant base of public servants and yields are very appealing at 5.7 per cent – the highest amongst the East Coast capitals.

nobody - 18 minutes ago
Yes, it can be a struggle to go from renting to buying, a really large hurdle for many, and still better than renting in the... View
phydeaux - 54 minutes ago
Agree, chewy. Perhaps it is not a warm concern for the availability of rental properties that drives some investors but a fea... View
JS9 - 2 hours ago
In what world should a tenant have to provide a reason to leave? If they break during a fixed term contract they have require... View
News 1

chewy14 - 25 minutes ago
Once again the ACT government has been forced kicking and screaming into doing something they should have always been doing i... View
News 1

Brianna - 26 minutes ago
This is going to be a disaster for so many vulnerable people who live in the city and it's closer surrounds. I know for a fac... View
Business 10

Peter Hatfield - 57 minutes ago
We bought one of the Pettit designed flats in one of the blocks near the Hawker shops. These are a great example of late sixt... View
News 36

Jaffa Groube - 59 minutes ago
The govt has not made a case for lowering the speed in the first place and to do so on major thoroughfares like North borne A... View
jcjordan - 3 hours ago
Given the complete lack of care in the majority of drivers because they know that the likelihood of them being caught speedin... View
Steve Aust - 3 hours ago
Just avoid the CBD. Easy. View
News 41

It’s still up, up and away for Canberra’s soaring housing market

@The_RiotACT @The_RiotACT
You can hit the shops from Friday with the ACT Government announcing the resumption of retail trade. The outdoor mask mandate will also be dropped from 29 October, along with a host of other changes https://t.co/Th0Bdd4bq3 (51 minutes ago)