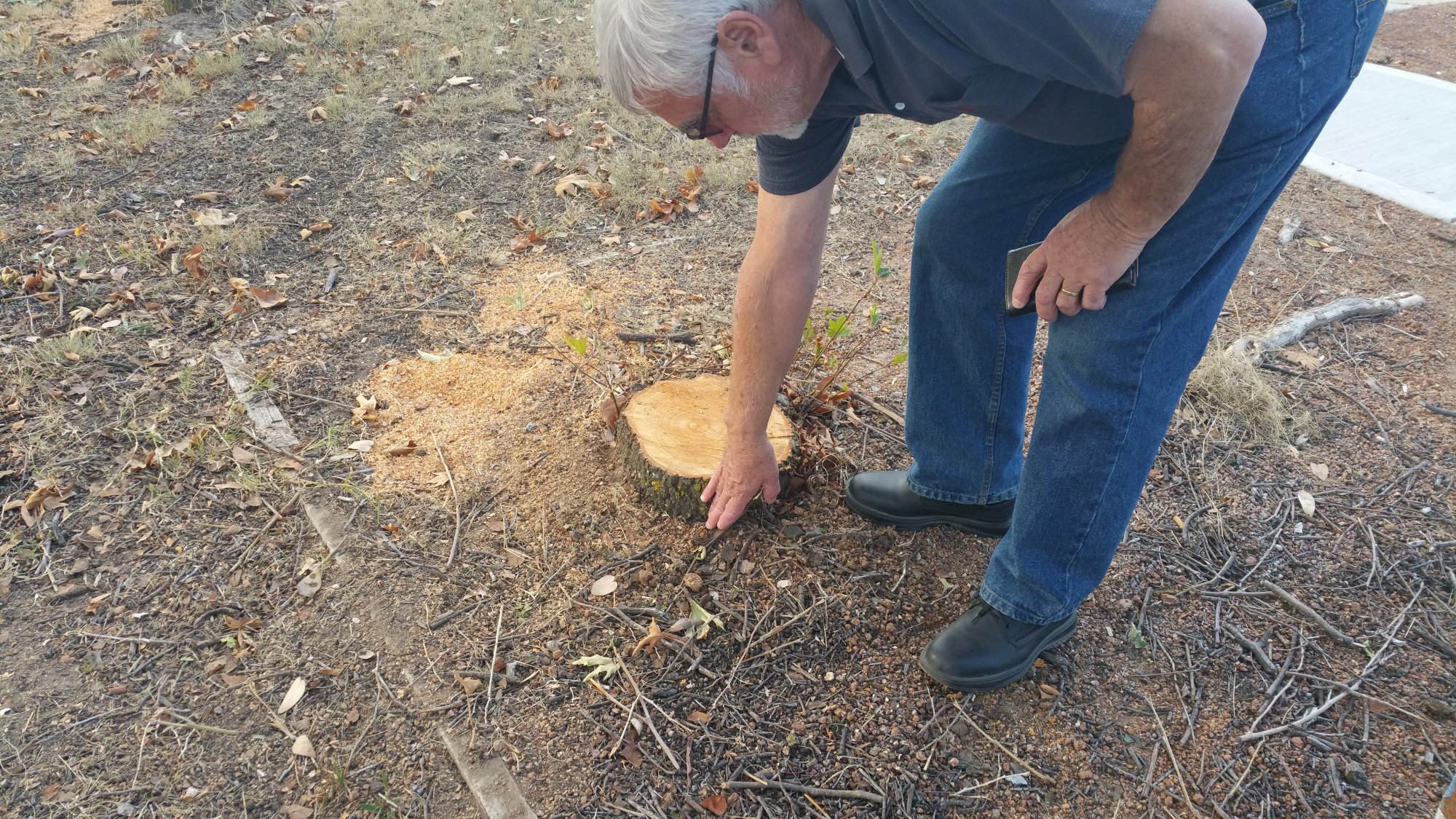 A number of trees have been removed from park areas in Phillip over 6 months ago however the tree stumps have been left in a dangerous situation which could potentially cause serious injury to pedestrians.

Longtime business owner in Phillip John Newham indicates by the length of his fingers how far above the soil they have been cut and then left. They have been like this for several months now and the appropriate authority needs to take responsibility for their actions.

Here is a further example of three other tree stumps that have been left like this for about 6 months now.

This sort of neglect cannot continue. The Government collects our rates to maintain things like this but are falling way behind in their service delivering. This sort of situation begs the question, why?

This is just one example of neglect by the Government who want Canberra to be a showcase to the world but then they neglect the basics and that is looking after the people who pay their rates without complaint.

Rates right across Canberra have increased by big margins and yet the business communities like Phillip cannot even get the basics.

The bins that were reported as being missing and a disgrace in Phillip remain so. There has been no reaction or response from the Government on the issue. 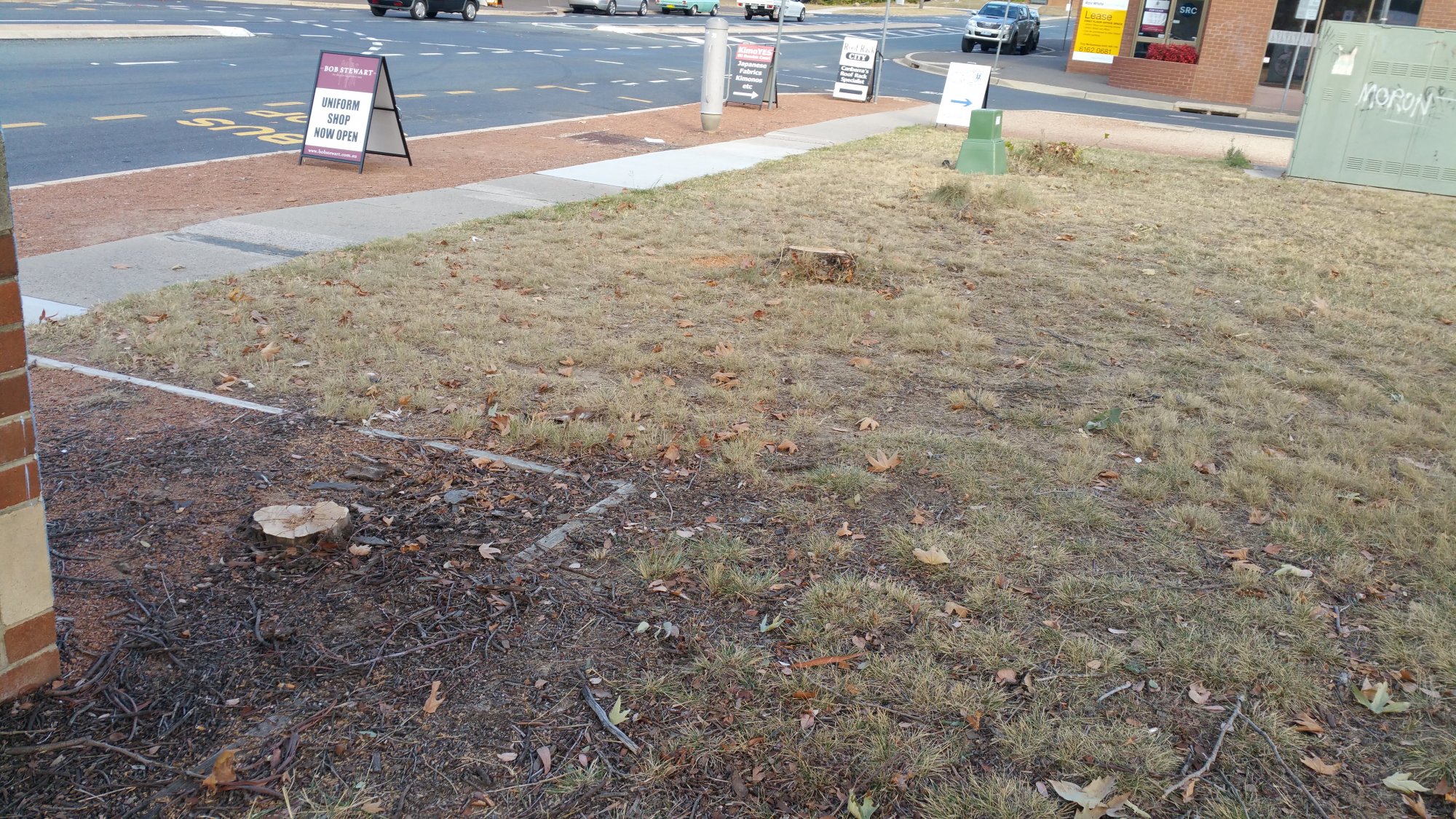 Colin Vivian - 46 minutes ago
Elroy Jones and if you look at the ACT audited financial statements you’ll find net financial liability, net debt, net oper... View
Elroy Jones - 3 hours ago
Ruth Brown that’s because they’re underground (where they should be!!) DA won’t get through this Gov without serious at... View
meomi - 9 hours ago
This is horrible! There are many water birds and insects nest in the plants along the lake, now all become concrete! The conc... View
News 1