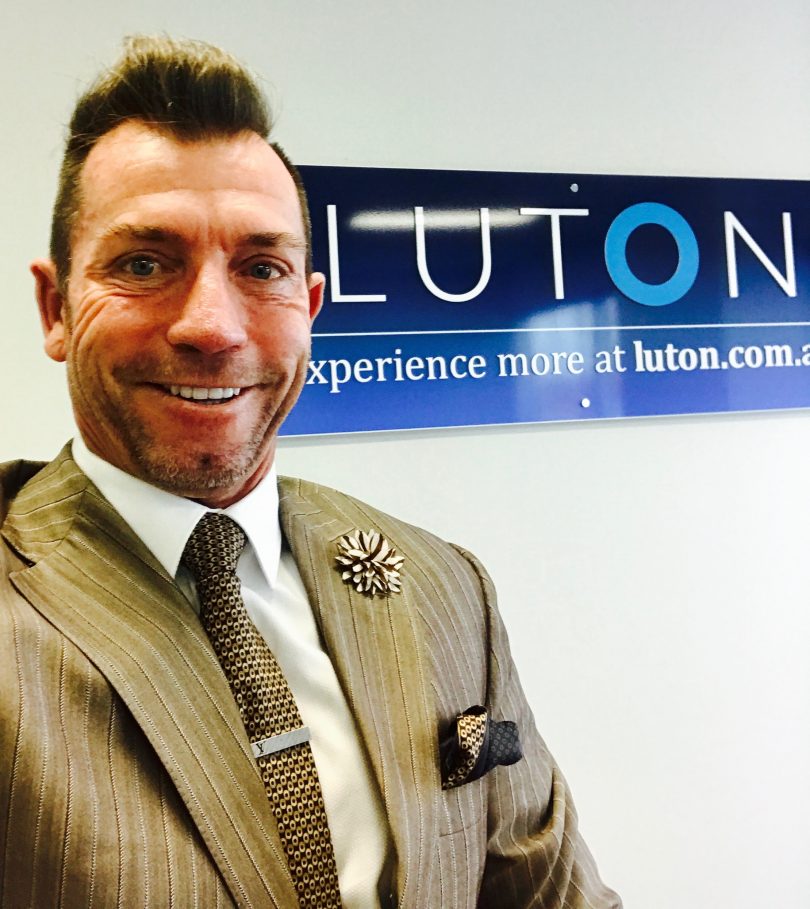 On the 1st of May 1993, Richard Luton began his real estate career at Peter Blackshaw Real Estate … 25 years later, he has built Canberra’s largest privately owned real estate company, Luton Properties, with nine offices and over 160 agents and staff on the team.

He says that the biggest change to the industry in that time has been the march of technology.

“The main changes have all been technology based. These include everything from the creation of the internet, to its influence on marketing, photography and sales,” Richard Luton, Principal at Luton Properties, said.

“Buyers are more educated these days because of the internet, but good old-fashioned service, and an agent’s negotiating skills, are still extremely important.” 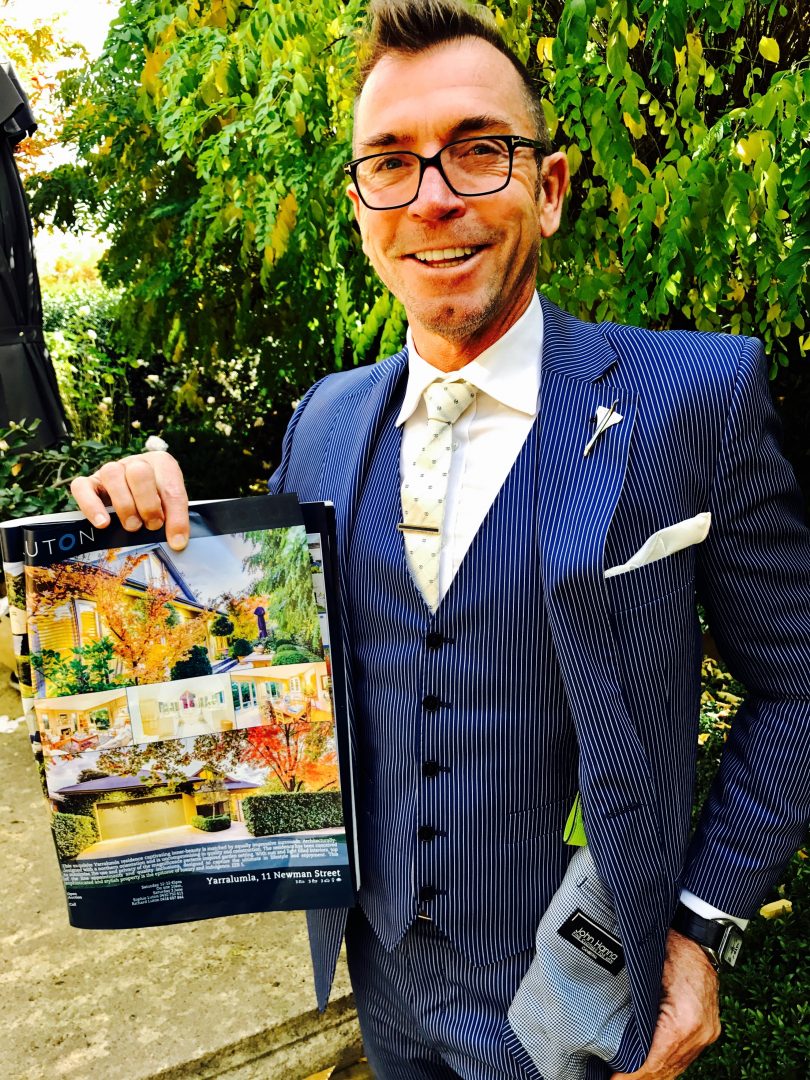 In addition to this, Richard said he couldn’t see open-homes and auctions being replaced by the internet anytime soon.

Richard has received many personal awards as a salesperson and many achievements with his team at Luton Properties.

His personal awards include:

Richard has personally sold over 995 properties and has been involved in over 12,000 company sales.

Richard started out training to be a Canberra policeman in 1979 – but left to pursue a career at Canberra airport, then a ‘tin shed’ according to him, with Ansett.

After 14-years at Ansett, and aged 33, he decided it was time for a career change.

“I looked at where I was in life at age 33 and decided to take myself to a new level of wealth and quality of life. I looked at accountancy and law, but decided study wasn’t my thing. I wanted to own a restaurant, but couldn’t cook. I looked at IT, but I was a dinosaur at that … we had changed home three times already, so I decided to go into real estate,” Richard explained. 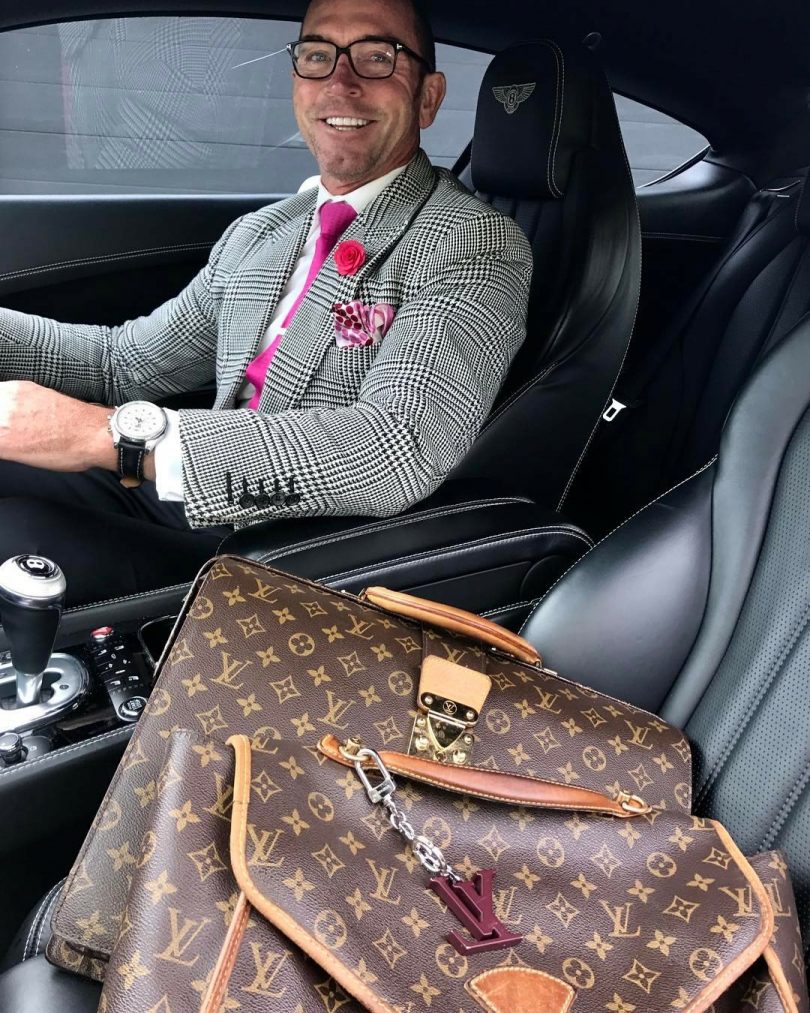 At age 33, Richard Luton decided to take himself to a new level of wealth and quality of life.

Richard said they sold their house to get rid of their mortgage and then he applied for a job in real estate.

After a successful career working for someone else, Richard went out on his own in 1999.

“We could see the damage John Howard was wreaking on Canberra and wanted to ensure jobs for our children,” Richard offered.

“People thought we were silly, as there were already 12 real estate agencies in the Manuka area. Within 12 months of opening our first office, we opened our second in Dickson. We now have nine offices and for the last two years we have had more residential listings than any other real estate company in Canberra.”

That passion for success has continued until today.

“We have succeeded because of energy, goals, enthusiasm and passion,” Richard outlined.

“It’s not about one person it is about the Luton team. I’ve had 20 people working with me for over 10 years and four for 17 years.”

Richard’s advice for those considering a career in real estate is simple, “If you want a career in an industry that puts no cap on your income, can set goals and have good communication skills, then you will succeed in real estate.”

He has also put much back into the Canberra community, having raised an estimated $4 million for charity through his network and initiatives.

Richard says he is passionate, energised and ready for another ten to 15 years in the industry. 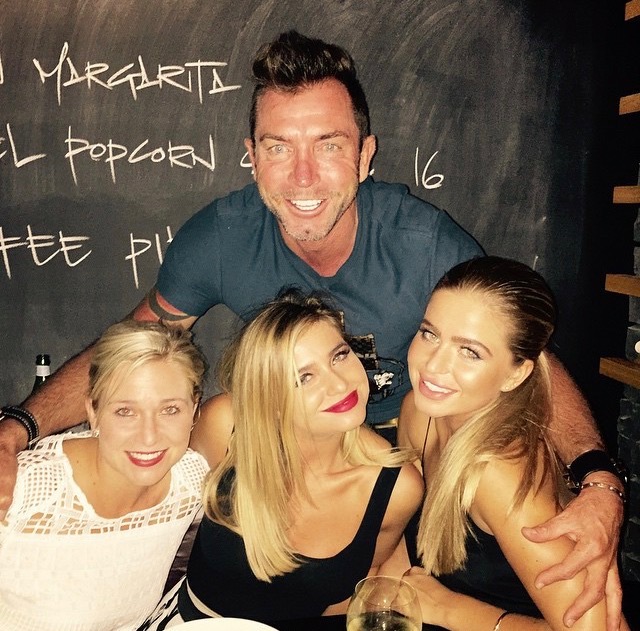 Richard Luton with his three daughters (L to R) Courtney, Sophie and Madison.

He is a strong believer in ‘fitness’. Having a ‘fit body and fit mind’ is critical to his success.

“I’m up at 4.45 am each morning. I eat healthily and am in the gym six days a week,” Richard stated.

But in the end, according to Richard, it comes down to ‘love’.

“I love real estate and I love people. As long as you put out positive energy, that will flow through to clients and your team,” Richard concluded.

Richard it has been a pleasure to interview you over the years and watch your hard work turn into success!

It's a long long road from his previous job at Ansett!

Congratulations Richard Luton, so many thanks for your generous support , from all your friends at Project Independence.

Rob Thomas - 16 minutes ago
I walked into the street, the on coming traffic was about to strike me, luckily I decided I'm physics blind. View
Richard Orchard - 28 minutes ago
So only white people can be racist right? It’s the white people who have to read this article, and repent I’m assuming? A... View
Peter Marshall - 47 minutes ago
I that's entirely fair, but I think the issue of racism is primarily about the dominant culture/ethnicity. In Australia that'... View
Community 3

chewy14 - 3 hours ago
Mark, Except the responses provided by Housing ACT show that the case you mentioned wasn't as simple as what was portrayed in... View
Michael McDonald - 11 hours ago
It's funny that, while I can't see any of the other Libs standing up for this, I do buy this from Parton. View
News 6