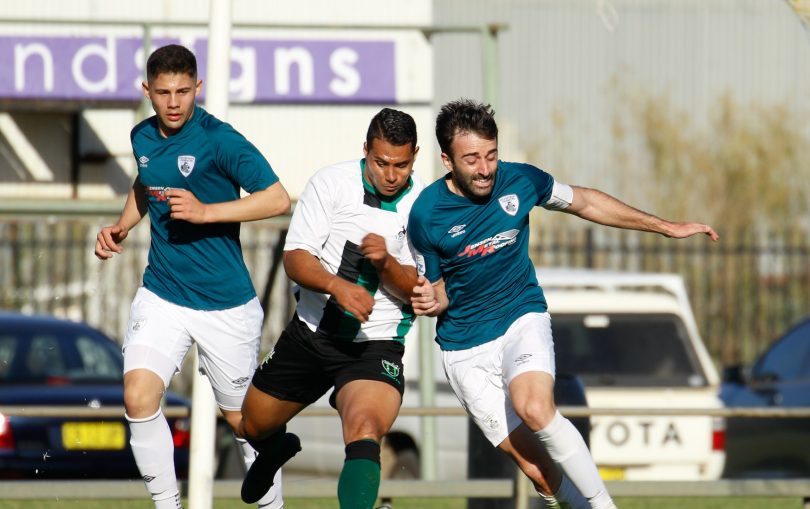 The Riverina Rhinos are battling for survival after just five rounds into the 2019 NPL1 season. Photo: Andrew McLean Photography

Despite four losses from four games, conceding 13 goals from four games and sitting at the bottom of the ladder, Riverina Rhinos remain confident they will not be the first ever team to be relegated from NPL1.

The Rhinos 2019 season could not have gotten off to a worse start, with their weekend’s loss to ladder leaders Tigers FC their fifth on the trot across all competitions, losing their opening four NPL1 matches as well as an FFA round four clash to NPL2 side ANU.

While the chances look slim, Rhinos coach Gabriel Abdala remains dogged about his side’s chances of turning their season around.

In just their third season in Capital Football’s premier league division, little to no expectation has been put on the Rhinos to remain in the top flight, which Abdala believes the vote of no confidence can be an advantage.

“When you are a team from the country, no one really gives you much credit for the talent and ability that we have out here,” Abdala said.

“If that is what people think about us, let’s prove them wrong.” 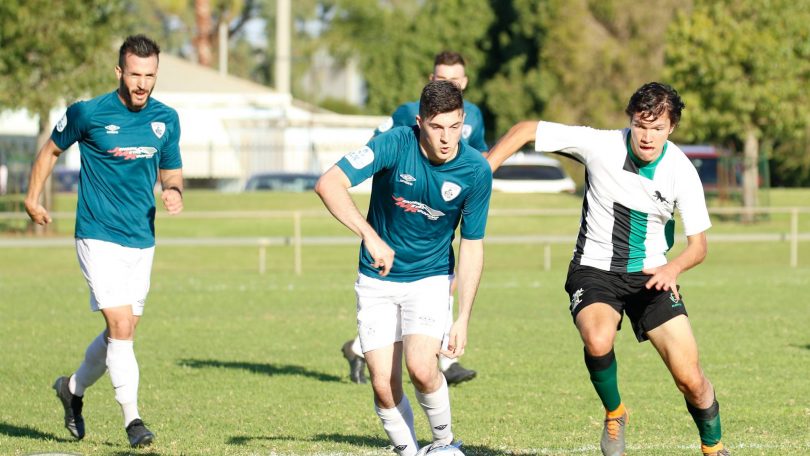 The Rhinos have a chance to claim their first points of the season when they host defending champions Canberra FC on Saturday afternoon.

After a disappointing inaugural season in 2017, Abdala said 2018 was a “positive year” for the club, claiming wins over Canberra Olympic and Gungahlin United on their way to finishing second last.

The second-year coach said he knew 2019 was going to be tough when he lost key players to injuries, defender Darren Bailey to rivals Tigers FC, while Erkki Junolainen, Jone Ralulu and Artur Rattel returned home to their respective countries during the off-season.

Despite relegation looming as a strong possibility for his side, Abdula said he was glad that Capital Football had introduced promotion and relegation between NPL1 and NPL2 due to the fact it provides motivation for the side to “pull their finger out”.

“It has been a rough start for us but I think we are starting to hit our stride now and be a little bit more positive,” he shared.

“The team is starting to believe in their ability and be a little bit more positive that they can compete against the top teams. We are starting to turn our season around and it’s coming from the players directly.

“We showed last year that we could beat Canberra Olympic and we beat Gunghalin United twice last season. We can do it again.”