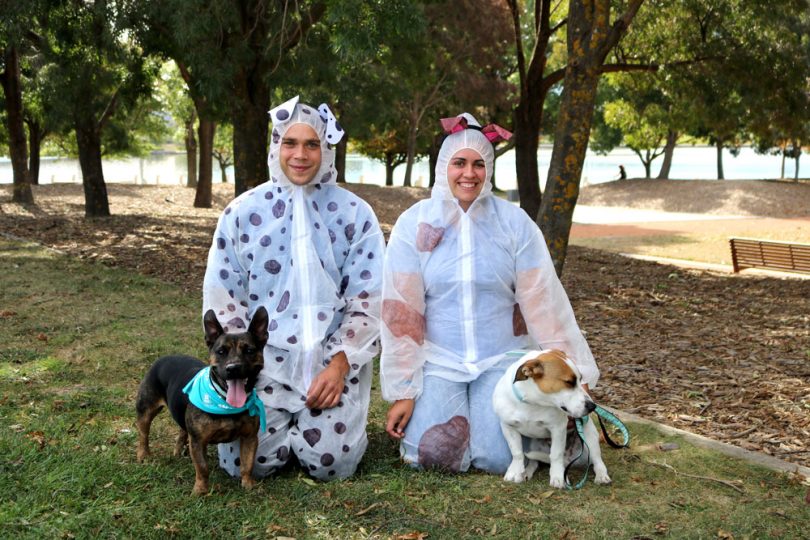 Guinness World Record by having the largest gathering of people dressed as dogs! Photos: Supplied.

The annual RSPCA ACT Million Paws Walk is back for 2018 on Sunday, May 20th, and this year, they are attempting to break another Guinness World Record by having the largest gathering of people dressed as dogs! That’s right! This time it’s not just all about the dogs; it’s also about those that love dogs and of course, their willingness to dress up like one!

The current record is set at 439 people and is held by an organisation in the United Kingdom. RSPCA ACT is confident that with Canberra’s help, they can beat the Brits!

Guinness World Record has very strict guidelines. Interested participants need to register before the 30th of April to join in on the record. On the day, all participants must be dressed in a full dog costume, head to toe, including headpiece with ears. Costumes must also be clearly recognisable as dogs at the discretion of the independent witnesses and Guinness World Records. The record attempt will begin at 10 am, with the final count occurring at 10:30 am. 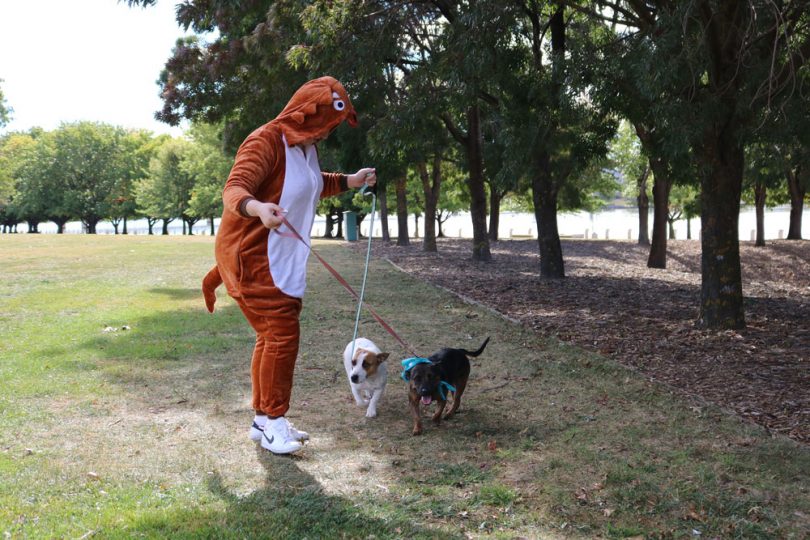 RSPCA Chief Executive Tammy Ven Dange was excited about RSPCA ACT’s third attempt for a world record, “We earned the first world record by having the most number of dogs dressed up with bandanas. The second one came unexpectedly when our team rescued a woolly sheep named Chris in need of a serious haircut” (the weight of Chris’s wool set a new World Record at just over 40 kilograms!)

“This time we wanted to celebrate the animal lovers out there by getting the humans involved. After all, how can a person show more love than through their willingness to dress up like their favourite pooch? The dogs will be thrilled!” 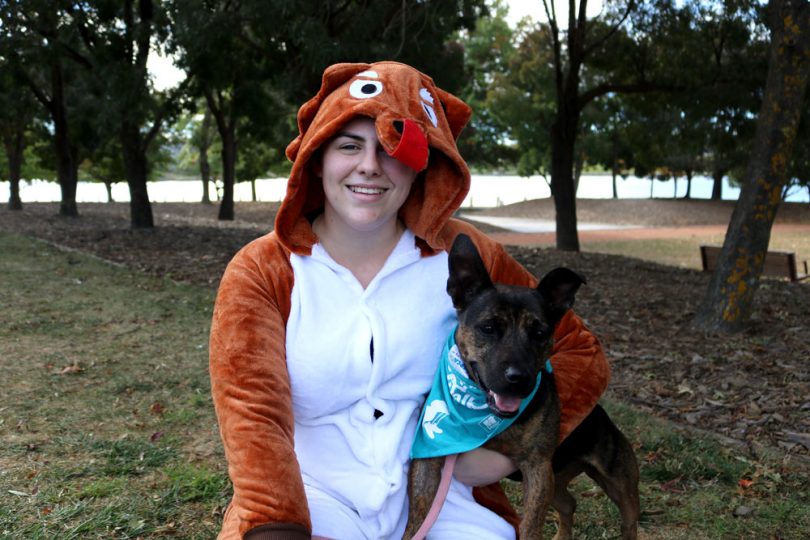 If dressing up isn’t your thing don’t worry, It’s not mandatory! Costumes are only required if you want to take part in the record attempt. Otherwise, the annual Million Paws Walk will be business as usual with hundreds of thousands of people (and their dogs) walking to show their support for animals in need. Each year, the RSPCA has over 250,000 animals come through their doors needing care – together, that’s a million paws!

The Canberra Million Paws Walk is always a fun day out celebrating man’s best friend, and as the RSPCA’s biggest fundraiser, it also raises money to help RSPCA continue its vital work. With market stalls, live music and entertainment, loads of foods for you (and your pooch) to try, and exciting new doggie products to test out, it really is a great day out for the whole family (furry and otherwise). One notable change this year is that the location of the walk will be at Patrick White Lawns (grassed area next to National Library).

Border_Libran - 1 hour ago
Hi A_Cog, I’ve just found your comment, if you still reside at Oaks Estate I would be interested in contacting you, I was p... View
Breaking 1

Capital Retro - 1 hour ago
How unlucky is this dude? I mean, it's hard to even spot a police car in Canberra let alone hit one. View
Property 15

Harley Quinn - 3 hours ago
Canberra has NEVER been a peaceful city. I was kidnapped in 1993. It's nice that some people still have that illusion though. View
Business 18

Bob Jones - 9 hours ago
Deb Wheare And Lynne Meredith... I've heard because of the more right someone who identifys as being an Aboriginal or Torres... View
Kev Martin - 19 hours ago
I find If you stop breaking the law, you don't get locked up View
Deb Wheare - 1 day ago
Jacob Torresan face palm View
Community 12

Pari Gilmour - 20 hours ago
I support a burnout pad. Zero interest myself but obviously these guys need a social space to do their thing. Happy to suppor... View
What's On 5

russianafroman - 22 hours ago
Will probably laugh at the annual Twitter meltdown, if there’s a protest maybe I’ll go and see what happens, hopefully th... View
Capital Retro - 1 day ago
Unless there is a new law directing me to go somewhere and do something I will be staying home and counting my blessings. At... View
Russell Nankervis - 1 day ago
I'm going to work. If the date changed I would be a little more keen to party View
Food & Wine 9

During the 'unprecedented' year we all experienced in Canberra during 2020, lots of new words and emotions entered my vocabulary....
Food & Wine 109

Dogs have their day at RSPCA Million Paws Walk

@The_RiotACT @The_RiotACT
Debut author Gary Lonesborough has written the book he wishes he had the chance to read as a youngster coming of age on the Far South Coast https://t.co/aht2z0upqw (48 minutes ago)

@The_RiotACT @The_RiotACT
The victim of an attempted robbery at Belconnen says her impression of the city has changed forever after a thief tried to steal her bag https://t.co/3SlXYFKuaL (3 hours ago)

@The_RiotACT @The_RiotACT
Cicadas provide the soundtrack to a Canberra summer, and this year they're here in droves. Have you heard the redeye or the double drummer? https://t.co/KFM1KPoNGL (5 hours ago)