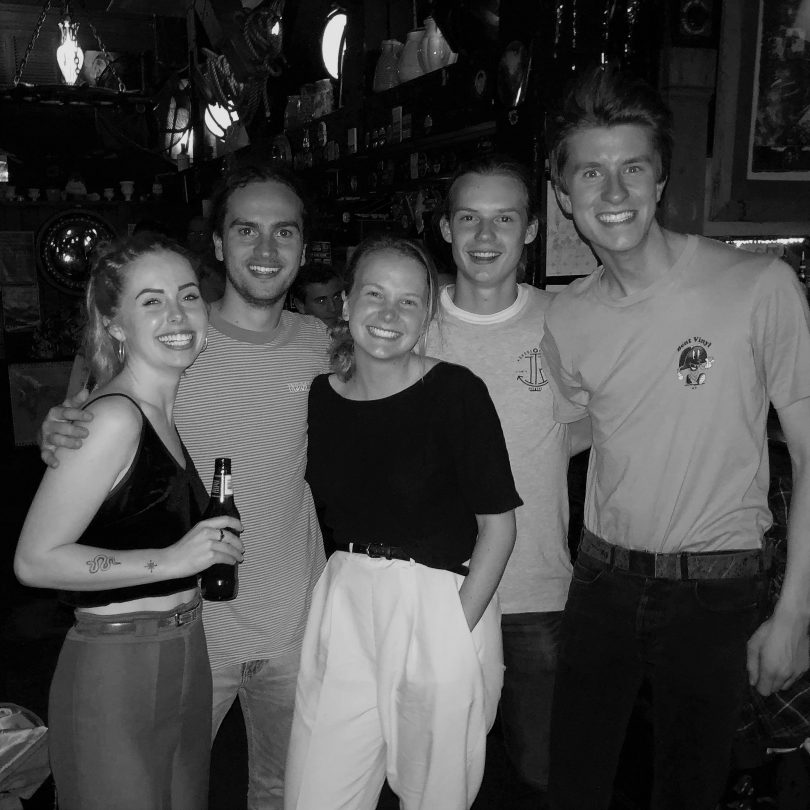 A year ago, a local band called Small Talk were not even heard of in the Canberra music scene. Fast forward to today, and this quartet of 20-year-olds have been given the chance to open for one of the hottest bands in Australia right now, The Rubens, for the Canberra leg of their nationwide tour next month.

So how did this all come about?

What started as just a couple of friends from Canberra College jamming turned into something they never expected. Two years ago, Jonah Lafferty, Lauren Towler-Lovell and Jack Larmour were tasked with writing and playing the music for a school play organised by their performing arts teacher.

It was their first step as a band, not that they realised that at the time. From that moment on, the trio kept playing music together though nothing serious was ever organised. It was just three friends hanging out, playing music. It wasn’t until late last year that the group started to take themselves and their music seriously and found drummer Lachlan Xavier Usher to round out their quartet.

“It took us around two years to actually record our stuff. Things kept getting in the way and we kept putting it off. Eventually, we jumped into the studio probably once every couple of months and we recorded our songs,” Jack said.

But for the group who had limited, if any experience in the music industry, they had no idea how to put their music out to the general public, so they called on their mate Billy Bianchini, who runs a record label in Canberra, for help.

Since then, their popularity has taken off, with their music a hit on Triple J’s Unearthed page.

“Our first song The Way it Hurts we first wrote back when we were in Year 12. Luckily we still think the song is pretty good,” Jonah said with a laugh. “The song did evolve a lot and it sounds completely different from the way we wrote it two years ago.”

With their second song Blossom released a couple of weeks ago and their debut EP expected to be released in December, the band was cruising at a comfortable level of success. What they didn’t expect, however, was a very surprising phone call that shot them straight up through the ranks of obscurity.

“I honestly thought it was a prank call when I first answered,” Jonah said laughing. “The last thing I was expecting was to receive a phone call from Triple J saying that we are going to open for The Rubens. Somehow we had entered into this competition which we didn’t even know existed and we won.”

But it gets better – Lauren will also get the chance to grace the stage with Sam Margin, Elliott Margin, Izaac Margin, Scott Baldwin and William Zeglis and sing their duet hit Never Ever.

“I think Lauren stopped breathing when she found out,” the group chuckled.

So what are their plans for the future?

“I can now go to my grave happy, telling people that we opened for The Rubens,” Jonah said, tongue in cheek. “We have made it.”

Don’t miss the chance to see Small Talk and The Rubens on the 23 November. Buy your tickets here.