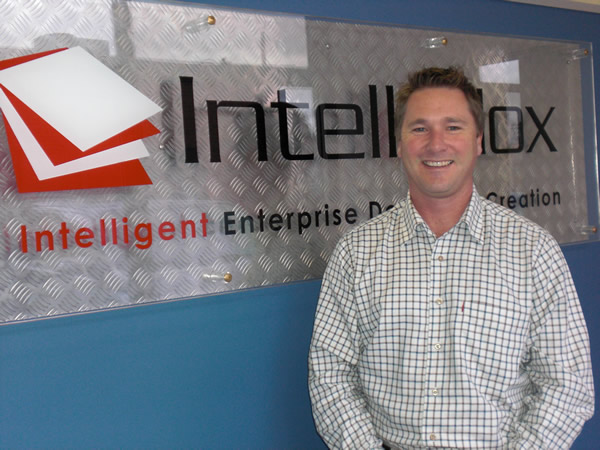 A Canberra-based global software company that is revolutionising business processes and competing with some of the biggest names in IT was last night named the 2014 Telstra Australian Capital Territory Business of the Year.

The flagship product helps organisations to digitise and streamline paper-based information processes, mitigate risk and improve customer communication. A response to the demand for mobile-enabled business solutions, Infiniti was named one of Australia’s most innovative products or services on Anthill Magazine’s 2013 Smart 100 list.

The business has experienced rapid international expansion from its small base in Fyshwick, with 35 staff now based in offices in Singapore, Toronto and last year opened offices in New York and London.

Mr Williamson said: “Our software is driven by the belief that applications should be simple to use, elegantly designed and able to perform beyond clients’ expectations.

“In technology, it is not enough to be a fast follower. We strive to be a thought leader in the customer communications and business process automation space.”

Will Irving, Telstra Business Group Managing Director and Ambassador for the Telstra Australian Business Awards, said, “All the winners are brilliant and inspirational businesses whose owners are recognised for their professionalism, innovation, leadership and creative use of technology.

“Intelledox is a well established business with visionary, entrepreneurial leadership that has the courage to take risks and pursue opportunities in domestic and global markets.

“The Telstra Awards Judges said the business is using the best technologies to customise business processes and its greatest achievement, Infiniti, is testament to this pursuit,” Mr Irving said.

More than $800,000 in prizes will be shared by winners of the 2014 state, territory and national Telstra Business Awards – a program that has celebrated Australian small and medium businesses since 1992.

While working as a digital security contractor for the Department of Defence, Richard Brown recognised a serious under investment in digital encryption technology. In 2011, he launched Hawker-based Cogito Group, a business designed to provide digital security solutions for public and private sector organisations. In just three years, Cogito Group has grown to a staff of 10. Telstra Award Judges said the business has recognised a gap in the market and showed a conservative, staged growth strategy with an articulated vision for the future – backed by sound financial acumen and robust systems.

As part owner in a building company, Karen Porter was interested in energy efficient homes. When she failed to source energy efficient windows and doors locally, she launched Solace Creations, in 2011, to improve the insulation of homes and save clients money on cooling and heating costs. In just three years, Karen has grown turnover six-fold and increased her number of suppliers from one to four. The judges said the business’ products and services have been received exceptionally well by customers and have positioned Solace Creations as a leader in the Canberra building industry.

Today’s Homes began in 2001 as a joint venture between Peter and Brendan McCoullough. Brendan was an expert in completing difficult construction projects and Peter brought 35 years’ experience in building and real estate. Today’s Homes now has a team of 16 and offers a design service, which involves liaising with a qualified architect, interior decorator, estimator, construction manager and project coordinator. Telstra Judges said Today’s Homes has an outstanding team approach and was committed to using systems and processes that raise the industry standard and improve customer experience in an industry where reputations vary.

“Intelledox”! Well, at least the company was named was years before the term “doxxing” came into internet parlance!

That name Singapore keeps coming up.
Canberra needs lots more of these software innovators. I remember once upon a time we had a kind of “technolgy park” at Bruce. There are remnants left among the shoebox apartments that have taken over the area.

Congratulations to all of the finalists and winners at last nights 2014 Telstra Australian Capital Territory Business of the Year Awards. RiotACT will have extended coverage next week on some of the winners.

Sue McIntosh - 10 hours ago
Angela Moore thank you for this beautiful poem. View
Angela Moore - 11 hours ago
"The Poplars" The Poplars are fell'd, farewell to the shade And the whispering sound of the cool colonnade. The winds play no... View
Sue McIntosh - 15 hours ago
Ho hum, what else is new? More trees given the chop. If council is so worried about the trees falling, then they should be re... View
News 9