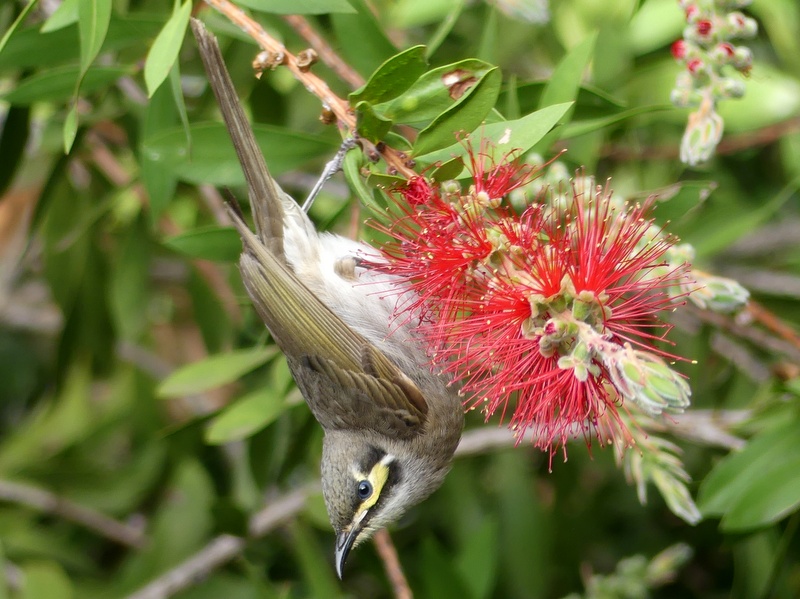 Yellow-faced Honeyeater in a Canberra garden, having flown south to breed and around Canberra. Photo: Ian Fraser.

There’s no need for alarm about the seasonal influx – every spring our gardens, bushlands and wetlands are enriched by a huge number of birds arriving from warmer places to the north where they’ve been sensibly avoiding Canberra’s winter. (There are a couple of exceptions to this pattern, but we’ll get to them.)

They’ll breed here, outside the window, in forests and woodlands in and around Canberra, and up in the mountains, and in autumn they’ll slip away again, leaving us to brave the frosts.

In most of Australia winter isn’t harsh enough to justify the dangers and energy costs of flying hundreds or even thousands of kilometres twice a year, but winters in the south-east highlands do make it worthwhile.

READ ALSO Make the most of your garden in lockdown

By my count around 30 species migrate in and out of Canberra like this, boosting the local bird numbers by tens, if not hundreds, of thousands.

As I write this on the last day of winter, the reports are already coming in of the raucous calls of the big bald Noisy Friarbirds in the northern suburbs, and the musically insistent repeated warble of the Olive-backed Oriole. Various cuckoo species are perched high and repeating their whistles or trills over and over and over.

Thousands of Yellow-faced Honeyeaters will soon be looking for a feed in flowers, including in our yards, and already the reed beds of suburban ponds are ringing with the metallic songs of the Australian Reed Warblers setting up their territories. 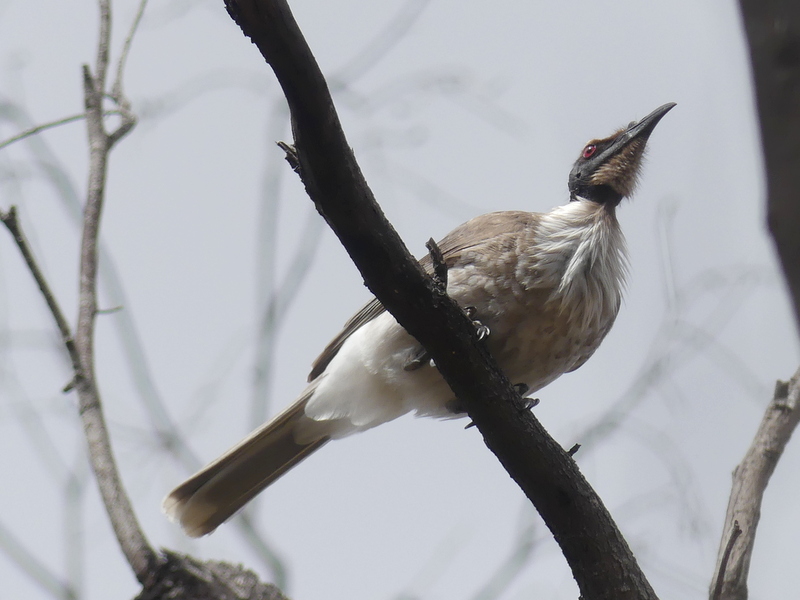 Noisy Friarbirds are raucous and bald, and now in a suburb near to you. Photo: Ian Fraser.

A little later lovely Sacred Kingfishers will be sitting on the wires looking for grasshoppers and lizards, making themselves known with their ringing ‘kek kek kek’ calls.

Squat Dollarbirds will cackle madly from tall dead trees or powerlines and launch themselves into the air after flying insects, the big white ‘dollar’ spots shining on their wings.

Big sharply-pointed green Superb Parrots will arrive from the north-west slopes of New South Wales and breed in the woodlands to the north of the ACT, then move into the suburbs. However some of these parrots over-wintered here this year and, as the world goes on warming, it’s likely that others will do so too.

But where do the others go to and come from? In some cases it’s hard to say. 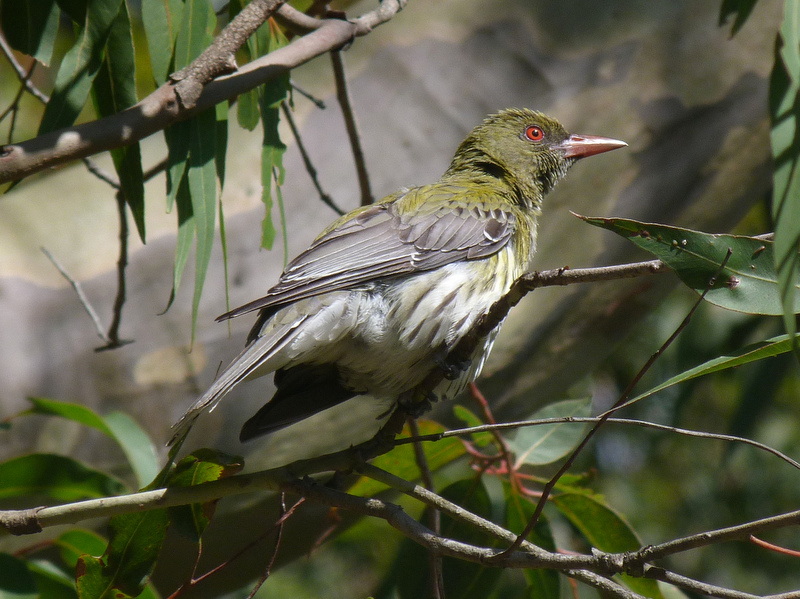 The Yellow-faced Honeyeaters move up the coast, merging with populations which stay in more or less the same place all year round. All go to the warmer north and some, including the Sacred Kingfishers, Dollarbirds and Rainbow Bee-eaters, go to far northern Queensland and even fly across the Torres Strait to New Guinea.

The question is, why bother to fly south at all? The answer is that with our well-defined seasons there is a sudden and dramatic surge of flowers and fruit and insects available in spring here, after a pretty sparse winter. In warmer areas there is no such boost of food sources for hungry baby birds.

The spur to travel is provided by increasing day length in spring and shortening days in autumn. Seasonal variations, hotter or colder, wetter or drier, can cause migrants to leave earlier or linger longer.

As I mentioned earlier, a couple of migrants are doing something entirely different. These are wetland birds which travel far greater distances, up to 10,000 kilometres from the Arctic meadows of Siberia where they have bred in the northern summer. These birds never see a winter, flying south across the equator as soon as their chicks have flown. 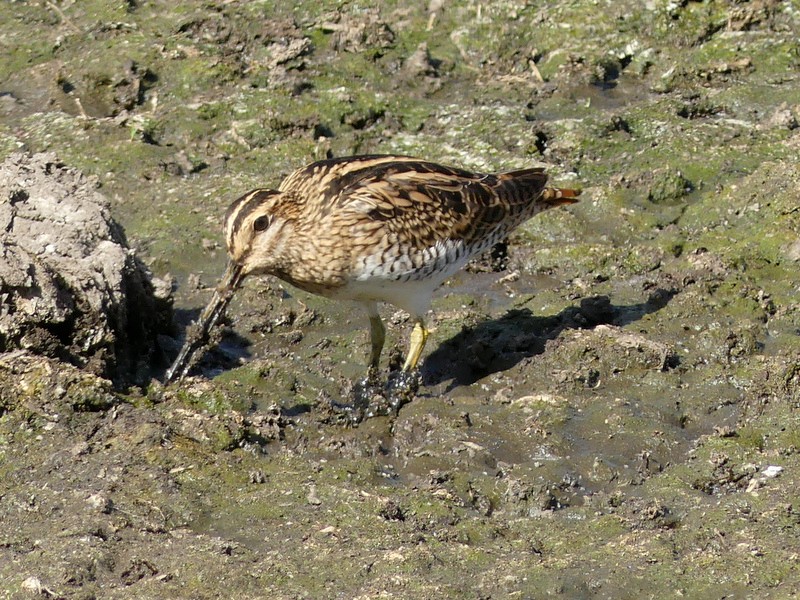 One of these is the beautifully marked Latham’s Snipe which breeds in far northern Japan and adjacent Siberia, and spends our summer in wetlands along the east coast, as far inland as Canberra.

Jerrabomberra Wetlands is a hotspot for them, and it’s amazing to watch them feed on the mud flats with Parliament House in the background – the same parliament which signed a treaty with Japan to protect migrants such as the snipe in both countries. Another tiny wading bird makes the same trip, but only rarely comes to Canberra.

However one Common Sandpiper (which is in fact not at all common, but let’s not go there!) has now appeared at Isabella Ponds for three years in a row in late August and stayed for six months, on its own, apparently the only one in Canberra. There are so many remarkable things about that bird’s story that we’ll doubtless never understand.

As we remain locked down in Canberra, and can only dream about warmer destinations, perhaps by enjoying the migrant birds now flocking to us we can feel a little of that warmth.

BIrds and their song and noises – are one of the big benefits of a house and garden.

Outside our front door are several large-shrubs and small trees. All of which flower.

A many generation family of Striated Pardalotes have been nesting to the East of our front door for over 3 decades.

I’m an audiophile and lover of classical music, but birdsong can easily make me turn off the system/s IN the house, and listen to the real world.

More? we used to have cats, a pair of litter-mates if possible.

I’d not claim that cats are musical, but a favourite place for every pair we had was our front screen – door. Spring through Summer and in to Autumn, so that they could stare hungrily at the bird families in our shrubs and trees.

I called the still half-standing intent attention pose – ‘Sylvester -mode’ – though there wasn’t any obvious lip-licking – the intentness was very strong!

And they were usually side by side. 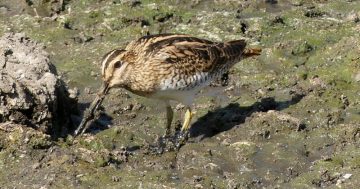 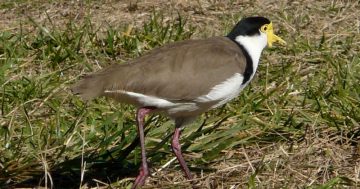 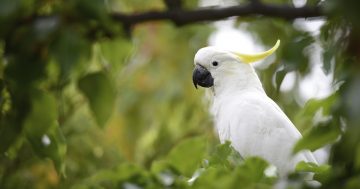 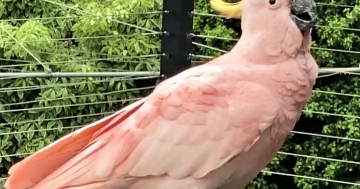 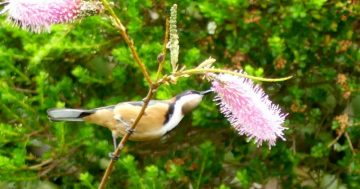