Stanhope ponders return to politics, sending candidates into a spin 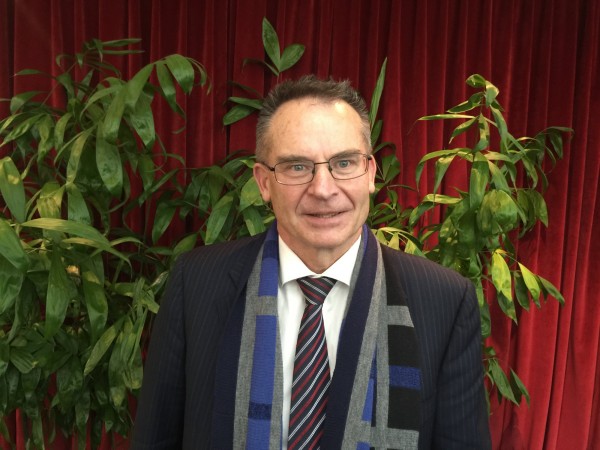 Mr Stanhope was discussing public disillusionment with the major political parties at a forum he had organised with the University of Canberra at the Theo Notaros Multicultural Centre.

“I work every day now with people on the fringe of this society,” Mr Stanhope said in closing the event, referring to his advisory role with the Winnunga Nimmityjah indigenous health service in Narrabundah.

“[I have an ]understanding now around poverty and disadvantage in this community that I regret deeply I didn’t have when I was Chief Minister, because I would’ve responded differently to some issues.

The audience of around 60 politically engaged Canberrans, including several candidates running in the October ACT Legislative Assembly election, variously gasped, cheered and laughed at this apparent revelation, though Mr Stanhope was swift to dismiss it afterwards as an off the cuff joke rather than a true reflection of any intention to make a return to public life.

Kim Fischer, a Labor candidate in Mr Stanhope’s former electorate of Ginninderra, confirmed later that Mr Stanhope had reassured he had no intention to run in the seat or at all, come October.

Mr Stanhope said community interest in small parties and independents ahead of the ACT election was a reflection of the fact that many Australians had lost faith and trust in politicians, particularly those representing the two major parties.

“There are a growing number of people who feel disenfranchised,” he said.

He cited housing affordability as a key issue affecting Canberrans.

“We have a serious crisis,” Mr Stanhope said.

“We’ve trusted [the two major parties] to ensure the great Australian dream is available to all of us.

“I don’t know if any of you have children or grandchildren trying to buy a house today, but there’s a very significant proportion of young Canberrans who will never own a detached house.”

The former longtime Labor MLA said that if governments were deliberately engineering this state of affairs, then they should be up front about it, acknowledging that Canberrans living in households earning less than $100,000 a year would never own a detached house.

“I do not see any particular passion within the government or the opposition around housing and housing affordability,” Mr Stanhope said.

This would be a great opportunity for some accountability. There’s no shortage of issues and decisions that would be great to hear about. Lets start with that hidden report that was used to justify 19 school closures.

1) The consultants report into what lies beneath Northbourne Ave for Tram construction.
2) The costings that ACT Labor claim prove that the abolition of stamp duties and avg.10% pa increase in Annual Rates forever, is “revenue neutral”.
3) The MOU or written agreement between the ACT Labor/Greens Govt and Unions ACT (that would be the one that the Greens Minister, Rattenburry, knew nothing about !) – I have asked for a link to that on here previously, to no avail, so presumably now that its existence has been made public, the content will not be. It operated in the time of the OP as Chief Minister.
4) The costings to justify / explain Barr’s claim that if the Tram contract is cancelled by the Libs, that it will cost m$200+ (I think that was the figure mentioned ?), in damages.
5) Release the Tram contract(s) for all to see.

If the OP doesn’t have access to these (likely, as now not a serving Labor LA member now) or knowledge of them, then ask the ACT Labor/Greens Govt to release them on behalf of ACT Ratepayers – please.

This would be a great opportunity for some accountability. There’s no shortage of issues and decisions that would be great to hear about. Lets start with that hidden report that was used to justify 19 school closures.

Leopards don’t change their spots but people learn lessons when they’ve been done over. Come on Jon, bring it on and lets see just what people really think of you.

If Mr Stanhope wants a party passionate about housing affordability, he need look no further than Sustainable Australia (ACT):
http://www.votesustainable.org.au/act

What a joke.
NOW he regrets not getting it right, but at the time, he was happy to:
– build a jail that’s a joke, ignoring the advice to build it bigger and better, and has now worsened rehabilitation and recidivism outcomes, and makes Canberra less safe every day
– blow massive sums of cash on wasted “public artworks” and skywhale and the arboretum, instead of poverty programs
– ignore the impending land “supply” issue that’s been exploited by ALP mates to worsen the entirely predictable ‘housing affordability’ issue
– ignore the structural issues with the ACT ALP that empower a very small group to control not just the party but the government bureaucracy, as party leaders step back and forth into offices and directorates in senior roles

Perhaps if Jon were back we could find out how much cash has been sunk into his tree plantation. It’s very difficult to find out at the moment.

thebscaller - 3 hours ago
Joke of a leader and party. They are making some bold statements and promises that don’t add up. There is no way these prom... View
Acton - 6 hours ago
A conservative is someone who is averse to change. The Labor Party has now held government in Canberra for 19 years, proving... View
JS9 - 7 hours ago
"The problem would appear to be how to pay for them and it’s not easy to pin down Mr Coe on where the money will come from... View
News 44

Caz Ireland - 6 hours ago
Anyone remember when Labor shut down all those schools about 15 years ago? They’ve had 20 years in government so their reco... View
Keith Cheetham - 22 hours ago
Pork barreling at its best as Labor does. And then dont initialise it. View
Bronwyn Wilson - 1 day ago
Where are e teacher librarians going to come from? There are very, very few in the ACT - that’s why so many schools don’t... View
ACT Election 22

Darron Marks - 10 hours ago
The increased spending to duplicate some of our arterial roads has made a difference you are correct. But to say there wasn't... View
Evan Hawke - 20 hours ago
Glory Hammer I totally agree that every area needs politicians who fight for there areas. Most of the politicians in my area... View
Vicki Herbert - 21 hours ago
Glory Hammer haha. Hadn't noticed but will be on the lookout now. View
Lifestyle 9

A network of more than 150 km of mountain bike trails near Mogo will be a game-changer for the South...
News 44

The indicators are all there: an abundance of corflutes on the roadside, piles of political flyers in your letterbox, being...
News 44

@The_RiotACT @The_RiotACT
Confused about whether you are eligible for HomeBuilder? Wayne Harriden from Independent explains who can get the grant https://t.co/EUfDggwMhL (57 minutes ago)

@The_RiotACT @The_RiotACT
A strong cold front will hit the ACT and south-eastern NSW tomorrow and Saturday bringing heavy rain, hail, snow and a return to winter-like temperatures. The Canberra region will struggle to reach double figures https://t.co/2DbGfMhWTM (1 hour ago)

@The_RiotACT @The_RiotACT
The Liberals say they are running to win the ACT election, and their promises are aimed at tangible outcomes to make Canberrans' lives easier. But how will they pay for it? https://t.co/GkpcGPKadE (2 hours ago)