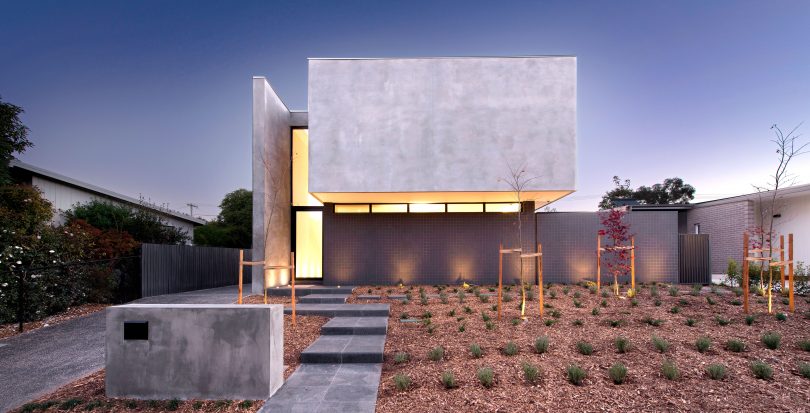 ‘The Kew’ in Narrabundah has taken out the HIA Home of the Year award for the region. Photo supplied.

A Narrabundah property with a sculptural front facade and striking minimalist theme has taken out the Home of the Year award at the HIA-CSR ACT & Southern NSW Housing Awards on the weekend.

The property ‘The Kew’ built by 30-year-old family Canberra building business Classic Constructions also took out the Display Home of the Year category at the awards night.

Around 600 people attended the prestigious awards night which promotes high-quality workmanship in the industry and was held at the National Convention Centre last Saturday night.

Awards were announced in 39 different categories, with the winners of the major categories to go on to compete against the best in Australia in the 2018 Australian Housing Awards which be held in Singapore next May.

“Winning a housing award is a true mark of success in the residential building industry and showcases to the public what they can expect from an award-winning HIA member,” said HIA Executive Director, Greg Weller.

“If you are seeking inspirations for your project, or want to catch up on the latest trends and techniques, the finalists and winners of the ACT & Southern NSW housing awards are a great place to start.”

Mr Weller said the awards are judged by an independent panel and that quality of the workmanship is “paramount” for the judges.

Winning property, The Kew, is particularly impressive for its use of light. The interior has been intricately designed to maximise space and sun, with a northerly aspect and full-length windows.

The property also makes use of innovative technology and has a range of special inclusions such as shadow cornices in the ceiling, flushed skirting boards, recessed curtain pelmets, and Travertine floor tiles. 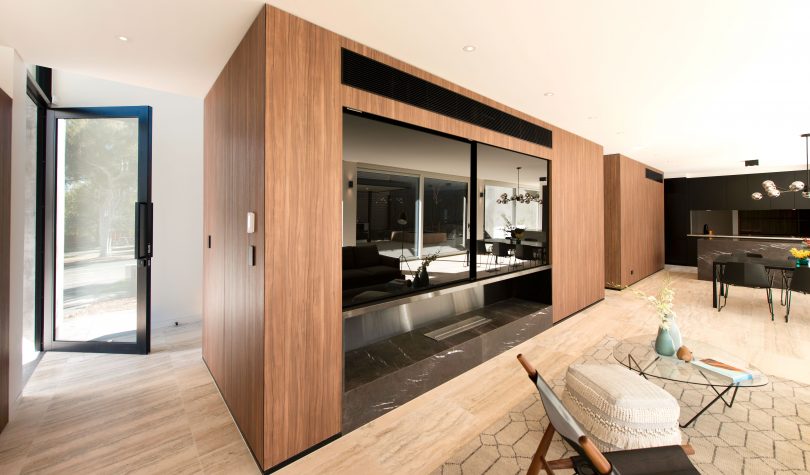 Inside ‘The Kew’ which was built by Classic Constructions. Photo supplied.

CityDweller - 48 minutes ago
Well if you look at the disaster being created along Parkes Way and Anzac Parade, we would end up with another apartment buil... View
News 6

bj_ACT - 1 hour ago
Who would have thought that taking buses off the Tuggeranong Parkway and also making peoples peak hour bus commute from Tugge... View
Capital Retro - 2 hours ago
Why is it necessary to outsource the decision to consultants at a huge cost to the ratepayers? We have various directorates w... View
yellowredme - 3 hours ago
I drive from West Belconnen to Woden daily doing 24/7 shift work, traffic build up even out of peak hour is becoming more com... View
Property 23

Rebecca Southwell - 1 hour ago
Angela Mcintyre, and we were talking about this restaurant this morning View
Elle Roberts - 3 hours ago
I had my 21st birthday there. 🍾... View
Sandra Jorgensen - 4 hours ago
Great views View
Community 3

Capital Retro - 2 hours ago
The residents of Conder and suburbs to the south should worry about this proposal as the standing inversion layer that plague... View
consumeradvocatecanberra - 4 hours ago
This is not a NIMBY issue as someone seems to think, but real health dangers which have been recognised. Like the plastics to... View
News 3

Capital Retro - 3 hours ago
I don't think they are into Canberra and mouse plagues usually only occur in any of Australia’s grain growing regions when... View
TimboinOz - 3 hours ago
How far into the ACT have the mice got to? View
Lifestyle 13

Kathy Tozer - 4 hours ago
Well done Robyn, wondered what had happened to you after all these years. View
Courts & Crime 1

54-11 - 5 hours ago
The continuing prosecution of Collaery and Witness K is an absolute disgrace, and is a stain on the character of the Liberal... View
News 2

Capital Retro - 7 hours ago
If our progressive education system extended studies to local history, students would be aware that in the last 80 years, sev... View
show more show less
*Results are based on activity within last 7 days

A man who violently beat his ex-partner while their two-week-old baby lay nearby was hugged by elders after being released...
Food & Wine 0

Launching at the end of May, Okami is taking over the large, renovated space that was occupied by Olive at...
Property 9

@The_RiotACT @The_RiotACT
Alisa Taylor says you only have to look at the cranes gracing our skyline to realise how integral construction is to Canberra's economy, so it makes sense that the law around this receives specialist attention https://t.co/JRdnU0dcD2 (46 minutes ago)

@The_RiotACT @The_RiotACT
Canberra has a dynamic arts and culture scene, but we don't know what it's worth and what it needs to be a powerhouse. A new study will change that https://t.co/K6gLx3zKf3 (4 hours ago)