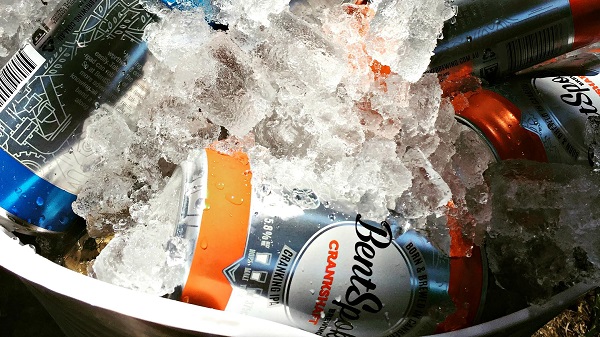 But sadly much of Australia is yet to hear about how wonderful life is for beer connoisseurs in the nation’s capital. You can help put Canberra brewers on the map by spending a couple of minutes voting in an online poll.

Voting is now open in the GABS (Great Australian Beer Spectapular) Hottest 100 Aussie Craft Beers poll and the BentSpoke Brewing Co is asking you for help to give Canberra’s beers the profile they deserve.

The annual poll attracts thousands of beer fans from around the country who vote for their five favourite Australian craft beers of the year and then enjoy the countdown on Australia Day, 26 January.

Last year BentSpoke’s highly praised Crankshaft IPA surprised everyone by coming 88th in the poll despite having no promotion, or even distribution beyond on-tap sales from their Braddon brewpub. And this wonderful beer only recently became available in cans! 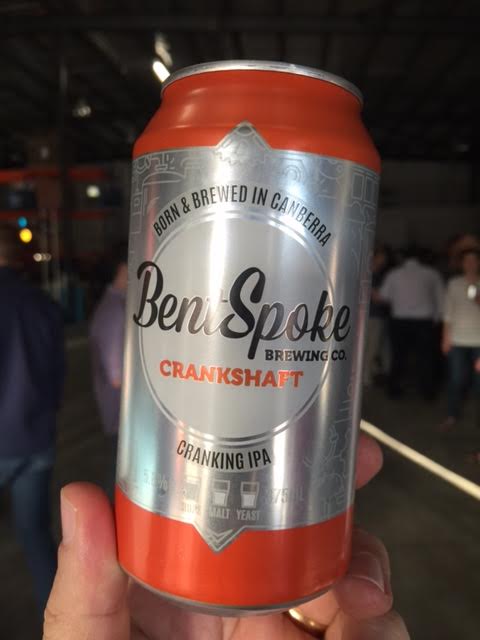 “We were amazed by the level of community support for Crankshaft last year,” said Richard Watkins, the head brewer and co-owner of BentSpoke Brewing Co.

“Since the start of November last year our Crankshaft and Barley Griffin cans have been available in stores throughout Canberra, and recently in select interstate stores, so we’re hopeful the increased distribution will help us climb even higher in this year’s poll.

“We’d really like to see the Canberra community get behind, not just our beers, but all the great entries from Canberra brewers.”

Voting closes on 20 January and the results will be displayed on a web feed on Australia Day.

To celebrate the day, and the poll results, BentSpoke will be putting on a BBQ breakfast and bike ride from their Mitchell Cannery to the Braddon pub. The ride starts at 9am from the corner of Brookes and Lysaght streets in Mitchell.

The results countdown from 12.30pm at Braddon will also feature Triple J’s Hottest 100 music countdown and the very popular prawn on the barbie toss.

You can cast your vote at: http://gabsfestival.com/aussie-hottest-100/

Elyse Albrecht - 5 minutes ago
Caleb Albrecht lol apparently you can win an auction even after the hammer goes down 🤷🏼‍♀️ View
Jose Vega - 37 minutes ago
In Spain loans for your own home is tax deductible.... Investment loans are not... Majority live in their own home. View
Joel Suryawanshi - 3 hours ago
Sarah Young we are also forgetting that the greedy real estate agents are bumping up the prices and attracting investors from... View
Food & Wine 16

Susie Armistead - 37 minutes ago
Um no. View
Tim Elliott - 38 minutes ago
Steve Herczeg, it's misleading to use the total area of Greater Sydney for a calculation of Sydney's overall population densi... View
Capital Retro - 41 minutes ago
If I sell my house on a large block to downsize I get no concessions on stamp duty (for the smaller place) or any other incen... View
Community 1

pink little birdie - 2 hours ago
Most of the start up support tends to be geared to that in the technology space or things with end consumer appeal. Most inno... View
Kevin Hodder - 14 hours ago
Rent, rates, stamp duty, taxes, work cover compliance ect and every thing else the act gov stings you! just so you can open t... View
News 4

@The_RiotACT @The_RiotACT
A kitten found shot with multiple air rifle pellets in southern Canberra has fully recovered and been adopted by a local family https://t.co/uCziluwGXL (17 minutes ago)