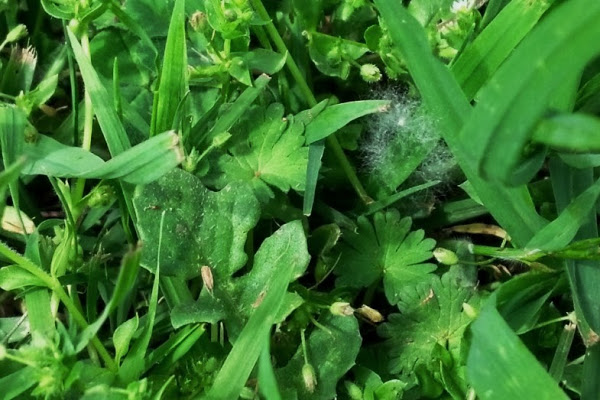 Welcome to the hay fever capital, where we’re dealing with a record pollen count, so high that an asthma reliever may be a lifesaver for someone who has never had asthma till now.

According to ANU researcher Professor Simon Haberle pollen levels here are twice as high in 2015 compared to last season. And last season was bad: a year ago yesterday was the Canberra Hospital’s worst ever day for chronic asthma admissions.

He said the increased pollen levels were triggered by an above average winter rainfall and a warm spring featuring early north-westerly winds blowing the dreaded hay fever and chronic asthma culprit into the city.

“Our pollen measurements and the response that people are sending us through the Canberra Pollen Count App pollen app is telling us that this is a really bad season at the moment,” he said.

Professor Haberle and his team had analysed the distribution of plants that cause hay fever across Australia and found Canberra to be the most affected city.

“Canberra comes out as the number one place where you can encounter the most number of plants that can give you hay fever,” Professor Haberle said.

The season begins in August with pollen from mostly pines, birches and cypresses, peaks in October to November (the dreaded grasses) and extends into January and February (warm climate grasses and plantain).

So what should you do if you are affected? Most importantly, consult your doctor.

He or she may recommend a non-drowsy hay fever relief medication like Claratyne for sneezes, runny noses and itchy mouths.

Asthma is more serious and can come on very suddenly, even in people who have not suffered from it previously, particularly during thunderstorms when grass pollen, dust, mould spores and other allergens are blown ahead of a storm-front by the outflow of air.

The Asthma Foundation of NSW offers a useful brochure on pollen and asthma. It says moisture in the air causes pollen granules to rupture into particles small enough to be breathed deep into the smaller airways within the lungs. They can irritate the lining and cause inflammation and mucus production, blocking airflow and causing asthma.

You may avoid them by staying indoors during thunderstorms and on windy days, but if you find yourself struggling to breathe easily, wheezing or coughing, sit upright and try to stay calm. Take four puffs of a blue asthma reliever such as Ventolin, preferably through a spacer. Wait four minutes. If it gets worse or you are concerned, call an ambulance. If there is little or no improvement, repeat.

Your doctor can prescribe a preventer or symptom controller/long-acting reliever and provide you with a written Asthma Action Plan if necessary.

For more on our city’s pollen problem, and a link to the Canberra Pollen Count App, see www.canberrapollen.com.au.

Luke Costanzo - 11 minutes ago
Michael Pearson zero facts or fact checking. All conjecture and clickbate. Try again View
Julie Macklin - 30 minutes ago
I had my first Astra Zeneca vaccination last Thursday. Initially all I had was a slightly sore arm, which soon faded. However... View
Luke Costanzo - 43 minutes ago
Jeannou Zoides check mine out with the nice NHS logo. I had it 3 weeks ago and I am still alive. Problem with the anti vax co... View
Food & Wine 41

Capital Retro - 9 hours ago
“People are definitely starting to move away from the big cities like Sydney and Melbourne based on the ABS data.” People... View
Sport 17

ABL Hot Corner - 10 hours ago
Here we go AGAIN ... the alarm bells start to ring I wonder if another team is about to announce the same...... View
Opinion 4

Itchy eyes? Sneezing? Welcome to hayfever season (and it’s going to get worse)

@The_RiotACT @The_RiotACT
Quarterly data is showing the ACT as the shining star of the national recovery https://t.co/oL5UFOqkvw (40 minutes ago)