Take a break, literally, for a smash-up time 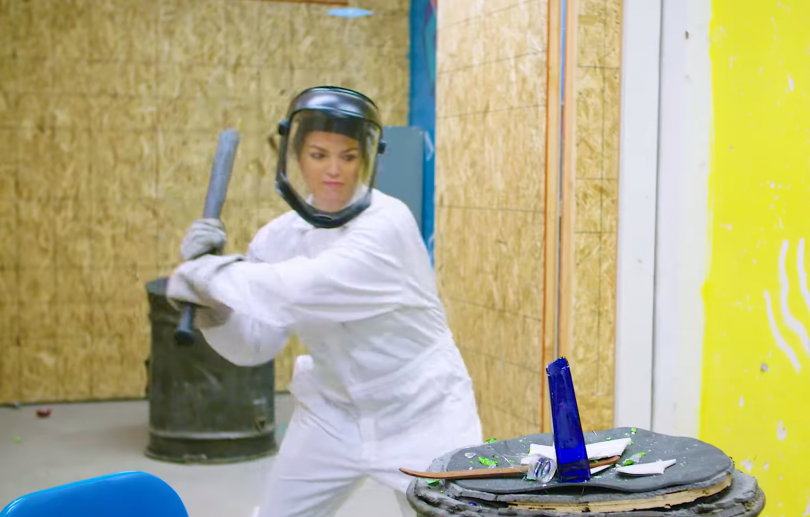 Go on, you know you want to. What to expect at Breakr, Canberra’s very own break room, coming soon to Fyshwick. Photos: Supplied.

Want to have a really smashing time? Fancy a little guilt-free stress release taking a crowbar or a baseball bat to a crateful of breakables?

Coming soon from the people who brought the escape room to Canberra, is Breakr, or the break room, based on an idea that’s catching on across the neurotic world.

“There are a couple of others in Australia but we’re the first in Canberra,” says founder Chris Krajacic, who with partner, Jesse Mount, established the popular Riddle Room in Mitchell in 2015.

Now the pioneering pair want to bring a little more edge to Canberra’s entertainment industry, not just with Breakr, but also axe throwing, a US and European craze that even has its own World Axe Throwing League, with which the coming Fyshwick venture is accredited.

It may all seem a little out there, on the fringe of what most might consider entertainment but if Riddle Room is any example, Krajacic and Mount are on to something.

“Canberra has a little bit of a reputation for being boring so we’re trying to fix that as much as we can,” says Krajacic, who believes they are tapping some basic drives in our human make-up.

“I think everyone has innate feelings every now and then so they want to break stuff and this allows people to do it in a safe environment without having to break any of their own stuff.”

Here’s the deal – for $40 you get 15 minutes in a purpose-built break room to smash 30 supplied items (plates, mugs, glasses, vases and other fragile items) by hurling them at the walls or floor or wielding the aforementioned supplied tools.

For this smash-up time, Personal Protective Equipment is supplied so nothing but the breakables – and Krajacic is looking at more sophisticated targets like alarm clocks – gets damaged.

And yes you do sign a waiver, and if suffering from severe stress this isn’t for you and it’s best you seek professional help.

“On the website we say if you’re experiencing stress or issues like that this is mainly just for fun,” says Krajacic.

The breakables come from Salvos and Vinnies rejects or donations, and a proportion of every session goes to charity.

CCTV monitors every session and for safety reasons, only a maximum of two people are allowed into the room.

Krajacic says there have been a few insurance hoops to jump through but no concerns from the regulatory authorities. 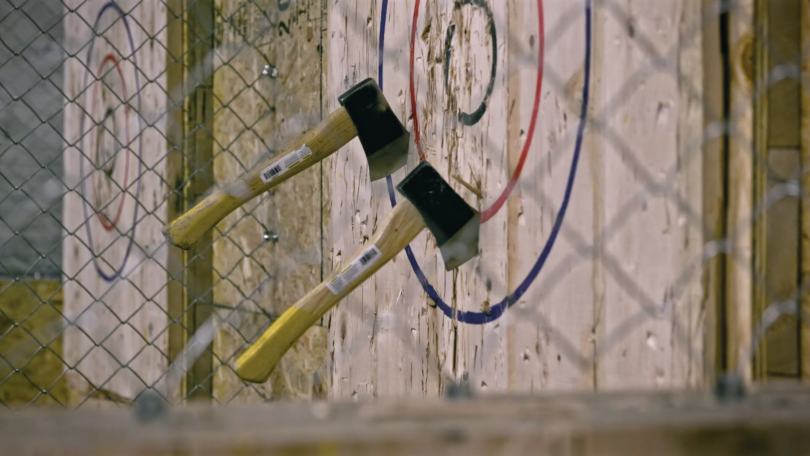 Will axe throwing catch on here? You can test your arm soon at Axxe in Fyshwick.

The two break rooms are located in the same building that houses Axxe, the other new venture that basically brings out your inner Viking, or lumberjack, by hurling camping axes (“they’re not scary”) at a target.

It’s $50 per person for a two-hour session, using an elimination or round robin format, with a coach thrown in.

The target is only about three metres away but Krajacic says try doing it for a couple of hours and you’ll see why it’s not any farther.

“It’s the first in Australia that meets all the regulations and has the proper dimensions so you can compete globally,” says Krajacic.

Hundreds of venues in America host axe throwing ventures, and despite what you might think, there have not been any ‘security’ incidents there.

Here in Canberra, only two throwers can be in a lane at once, with one axe per target and a coach only a metre away. The axes are locked away after use, and no you can’t bring your own battleaxe, although dress-ups – flannelette shirts or Viking helmets for instance – are encouraged.

The two venues will open in early December, and they won’t be the last ‘cutting-edge’ entertainment ideas coming our way.

Krajacic can’t say too much but he and Mount will continue to redefine our idea of having a good time.

Mechanism Of Action - 50 minutes ago
Nugget Harris as they should be View
Silentforce - 10 hours ago
Another solution would be to enforce pedestrian laws (if any in the ACT). Working in Civic, each day I witness jay-walking, c... View
Tāmati Kentwell - 10 hours ago
Hugh Gregory most income based schemes like this take into account number of dependents View
Community 43