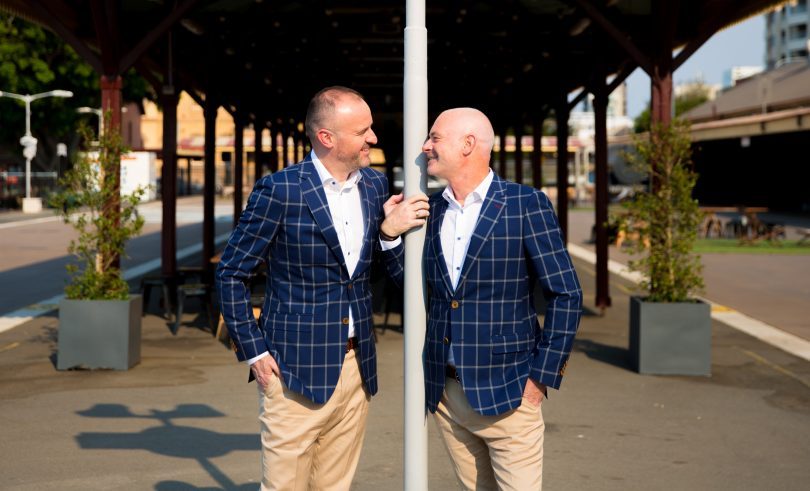 An emotional Gordon Ramsay has detailed the pain and hurt that recipients of gay conversion therapies have shared with him as a pastor before legislation officially banning the practice passed the ACT Assembly on Thursday afternoon (27 August).

The Attorney General, who was a Uniting Church minister before being elected to the Assembly, said although the practice had sometimes been done in God’s name, it did not reflect the values of many religious Canberrans.

“These stories are not mine to tell, but I can assure members that they are painful, and they are traumatic,” Mr Ramsay said.

Those who are found to perform a treatment or other practice to change the sexuality or gender identity of a protected person as defined in the Act will now face fines of up to $24,000 and 12 months’ imprisonment.

An emotional @Gordon_R_Ramsay tells the @ACT_Assembly about the pain and trauma felt by those who underwent conversion therapy #ACTpol pic.twitter.com/FCojTSbyTz

It is also illegal to remove a protected person, defined as a child or a person who has impaired decision-making ability in relation to their health or welfare, from the ACT for conversion therapy.

Minister for Justice Shane Rattenbury, who co-sponsored the legislation, labelled the practice “abhorrent, dangerous and outdated”.

“Conversion practices are based on a bogus ideology that LGBTIQ+ people are ‘broken’ or ‘unnatural’ and need to be fixed. This could not be further from the truth,” he said.

“They can lead to anxiety, depression, substance abuse, even suicide. Survivors say it can take a whole lifetime to undo the damage caused – if achieved at all.” 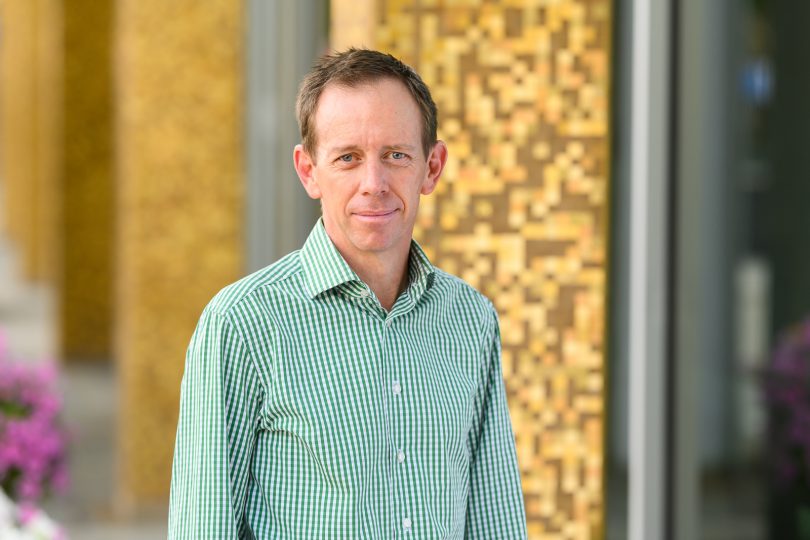 Complaints will be dealt with through the ACT Human Rights Commission.

The original bill was amended by Labor to specifically reference section 14 of the ACT Human Rights Act regarding freedom of religion and expression. Chief Minister Andrew Barr stressed that the minor amendments did not amount to a watering down of the bill.

Criminal charges will not be leveled against religious teachers, medical professionals or psychiatrists providing legitimate services that relate to the development or affirmation of a person’s sexuality or gender identity.

The bill has been criticised by the Canberra Liberals, ACT Law Society and the Australian Association of Christian Schools (AACS) for being too broad in its definition of conversion practices.

“The Canberra Liberals oppose harmful conversion practices [but] the definition of ‘conversion practices’ used in this Labor-Greens Legislation is so broad and unclear that it risks criminalising ordinary Canberrans,” Opposition Leader Alistair Coe told Region Media.

“Parents love their children and want what is best for them. They do their best to guide them as they navigate the challenges of growing up.

“Parents need support in this important responsibility, not the threat of government sanctions.”

Despite supporting the ban on conversion therapy, the ACT Law Society also criticised the creation of a new criminal offence.

“The government has alternative options available to it to regulate this behaviour, for example using the civil regime provisions provided for in the Bill, health regulations or suitability criteria for Working With Vulnerable People Cards,” Chair of the Law

“The bill’s definition of ‘sexuality or gender identity conversion practice’ is simply too broad and vague to be a proper basis for a proposed criminal offence.”

AACS Executive Officer Vanessa Cheng said the bill had “the potential to criminalise parents for providing moral and ethical teachings to a child on sexual orientation and gender identity issues”.

“This law could potentially criminalise parents or teachers who encourage a child to love the body they were born with or teach a faith-based sexuality ethic.”

Robocalls from conservative Melbourne-based group Binary Australia a fortnight ago were called out by Mr Rattenbury for being “factually wrong … entirely false and misleading”.

Why did they create this legislation? Doesn’t the Human Rights Act cover this, and if it doesn’t, why not?

Max Robinson Gay conversion therapy has been found to be hidden away in any amount of places around Australia including churches, private offices and schools. Often advertised online as “self improvement groups” or “spiritual healing” they take the form of counselling, pastoral care, exorcisms and prayer groups. It is abhorrent in any form and shouldn’t be tolerated in a socially progressive and caring city. I note that moralist Nell Feneck is back peddling her own underhanded and slimy lies.

All sorts of dire consequences will now rain down. Just as the religious minority threatened, before we got SSM.

Never forget that the Canberra Liberals voted against the legislation.

GCV included things like lobotomies and electrical probes into the brain. The Canberra liberals voted against a bill that banned this.

Bravo Mr Barr for standing up to the happy clappers and their medieval madness. Makes me proud to live in this modern, tolerant city.

But it didn’t say it was damaging.

The article by the counselor from the Meridan was the article that showed how horrible it was. The one with the lady wanting to deny her sexual urges was wrong.

Gay conversion therapy is an abomination and should never have been legal in the first place. Yay to Canberra for recognising this issue and stopping people from being harmed by GCV. 👏🏽👏🏽👏🏽❤️🧡💛💚💙💜🖤🤍🤎💗

Remember – Alistair Coe and Canberra Liberals voted against the ban.

When the ACT law society says “The bill’s definition … is simply too broad and vague to be a proper basis for a proposed criminal offence” then it is time to worry. Let’s see who is the first person threatened with $24k or 12 months under this “broad and vague” definition…