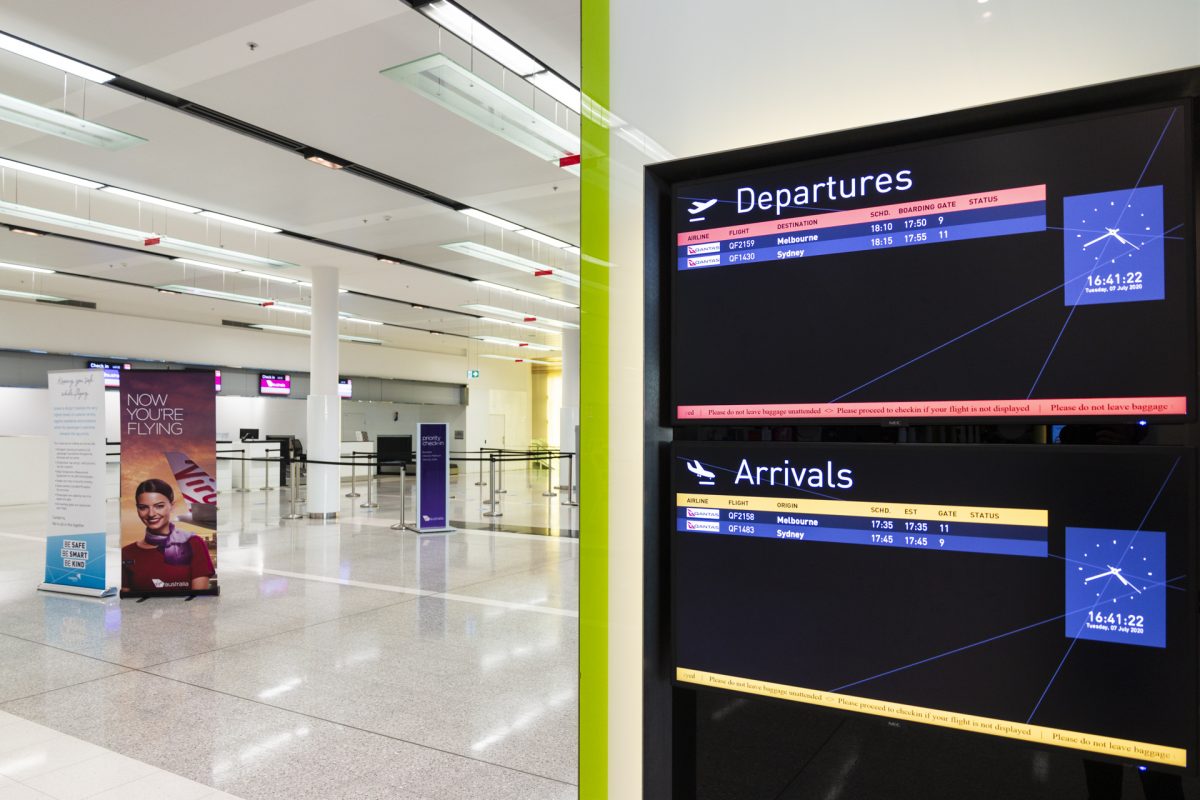 From Wednesday (6 July), international travellers arriving in Australia will no longer be required to declare their vaccination status. Photo: Region.

The ACT has reported 1134 (555 PCR and 579 RAT) new COVID-19 infections in the latest reporting period to 8 pm last night and there are now 136 people with the virus being cared for in hospital.

Two people are now in the ICU but no one requires ventilation.

Yesterday, there were 130 people in hospital and four people in the ICU as the ACT reported 1031 new infections.

The double-dose vaccination rate for the ACT’s five-plus population remains 97.4 per cent and 77.3 per cent of residents aged 16 and older have received a booster.

Of ACT residents aged five to 11, 68.9 per cent have received two doses of vaccine.

The latest figures come as the Federal Government announced over the weekend it would scrap all remaining international border restrictions.

From Wednesday (6 July), international travellers who arrive in Australia will no longer need to declare their COVID-19 vaccination status.

The change to the country’s Biosecurity Act will mean visa holders can enter the country without needing exemptions.

Federal Health Minister Mark Butler said the government made decisions about COVID-19 based on the latest medical advice.

That advice, he said, had now changed.

“The Chief Medical Officer has advised it is no longer necessary for travellers to declare their vaccine status as part of our management of COVID,” he said.

Travellers are still required to comply with other COVID-19 requirements of airlines and shipping operators, as well as rules imposed by other countries and states and territories.

He later rescinded this after governments around the country received updated advice that the mandate was no longer necessary and the ACT Government subsequently removed it.

“As more and more of us travel internationally and we get more confident in managing our risk of COVID, our airports are getting busier,” she said.

“I know anyone who has travelled internationally since the borders have opened will find this as one less thing to worry about – especially as more Australians get back to travelling overseas.”

READ ALSO Leave your car warming up in your driveway? That could cost you big time

Interstate, NSW has reported one death overnight and 8958 new cases of COVID-19.

There are now 1725 people in hospital with the virus and 50 people in ICUs around the state.

Victoria has reported 24 deaths overnight and 7317 cases of COVID-19.

There are now 513 people hospitalised with the virus and 28 patients are in the state’s intensive care units.