The little voice in Mitch Maguire's head inspiring him to improve 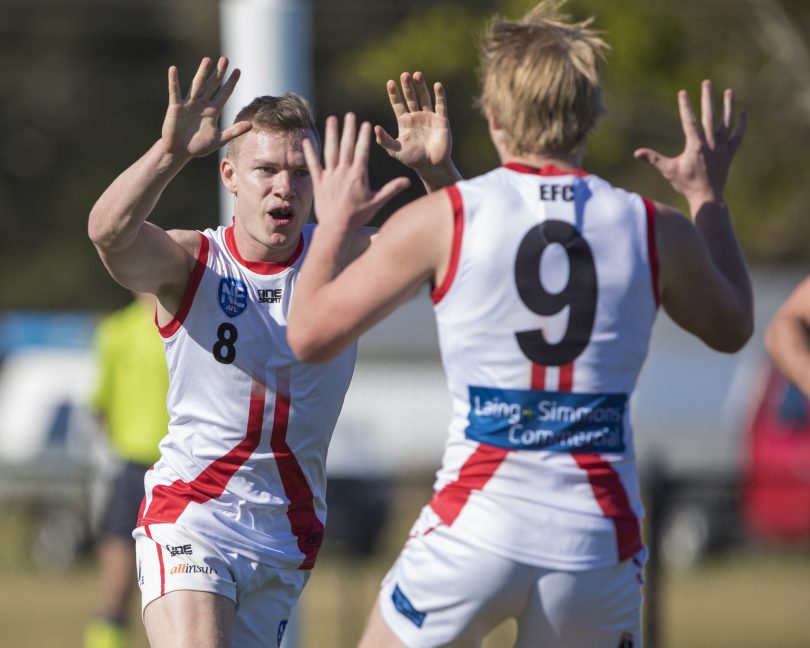 Maguire (left) said the opportunity with the Sydney Swans has given him a new outlook on training. Photos: Supplied by Canberra Demons.

Canberra Demons midfielder Mitch Maguire says he was content with last season’s form – and it’s easy to understand why.

In his second season in the competition, Maguire was in stellar form, averaging 27 disposals and five clearances per game, a form which saw him take home the 2018 NEAFL Rising Star Award, the club best-and-fairest as well as polling fourth for the NEAFL MVP.

But there is a little voice in the back of his head reminding him that he can still improve. It is the voice of Sydney Swans list manager Kinnear Beatson.

The man, nicknamed the ‘Mirrool Magician’, and his teammate Angus Baker were invited to train full-time with the Sydney Swans for a fortnight last year, as the AFL club considered picking the duo in the rookie draft.

Though both missed out on selection, Maguire said the opportunity has given him a new outlook on training and has inspired him not to rest on his laurels.

“Whether it happens or not, is another thing. I don’t want to die wondering. Especially while I am still young, I don’t want to have any regrets later in life wishing I had tried harder.”

Rather than let the disappointment of not getting a spot on the club’s rookie list kick him in the guts, the 20-year-old said he cherished the two-week experience.

“The way I looked at it was that it would be a bonus if I did get picked up,” he shared. “Obviously, I got so close so it is disappointing to miss out in the end but your time is not over when you are 20 or 21-years-old.

“I can now focus on the things that I need to get better at in Canberra and hopefully have another crack at it this year.” 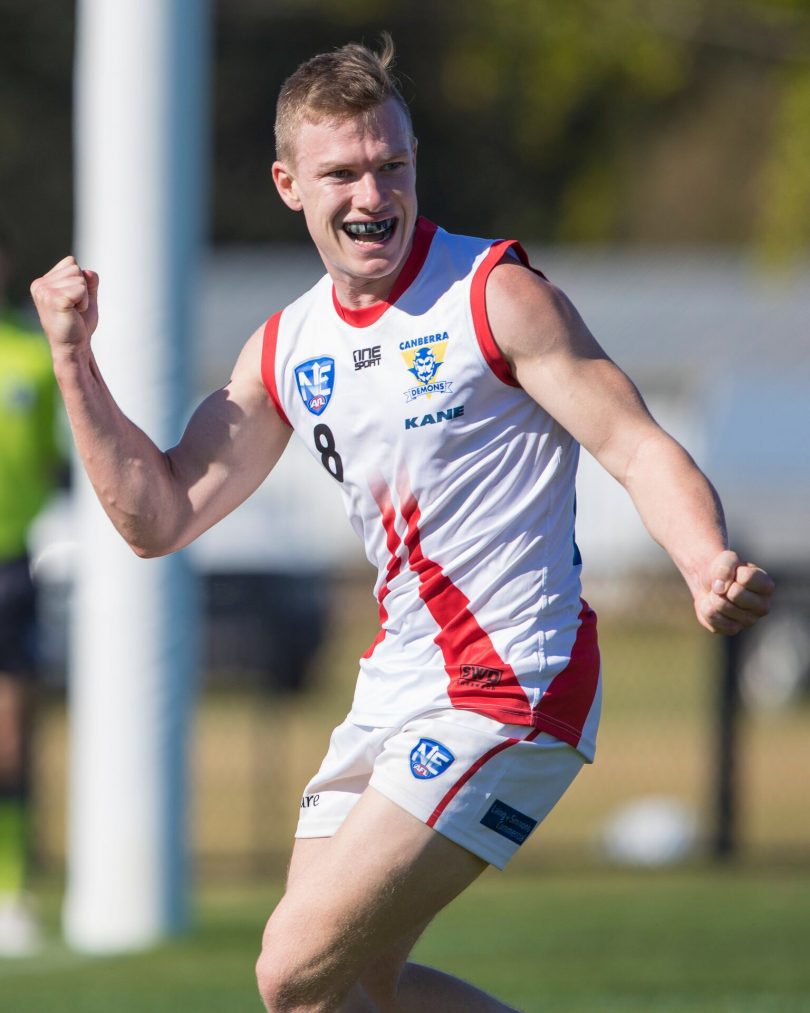 The prominent midfielder will spend more time forward this year than in the past two seasons, after a discussion with the Sydney Swans that encouraged him to work on a few skills.

“The Swans gave me feedback and they wanted me to impact the scoreboard a bit more and be more damaging in the forward half of the ground this year,” he told Region Media.

“I want to be more damaging with my disposal, regardless if I am playing forward or playing midfield. I need to work on my kicking efficiency, which I recognise is one of my weaknesses.”

Coming off the back of a maiden finals appearance last year, the Demons are determined to turn their underdog tag into premiership contenders by starting their season off on the right note in front of a home crowd.

With a new leadership role in the club, Maguire said it is up to him and the mature heads in the side to set the right tone in the first game of the season.

“Last year, our goal was to make finals and I think no one really expected us to and if we hadn’t, it wouldn’t have been looked down upon,” he said.

“Coming into this year, we have enough experienced heads around now that there is no excuse to play inconsistent footy. Our expectations are higher this year and our number one goal is to win the flag.”