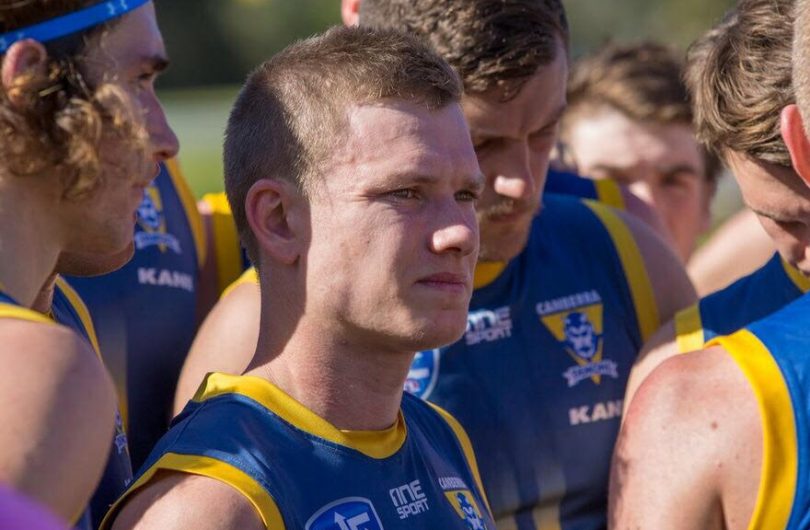 When the 20-year-old runs onto the football field for the Canberra Demon, he has more teammates than people in his hometown. Photos: Supplied by Canberra Demons.

Mitch Maguire has come a long way since he was a boy growing up on a 300-acre farm in the NSW town of Mirrool, around 250 kilometres north-west of Canberra.

Not that Maguire calls Mirrool a town. “It is more of a village, to be honest, it is that small,” he said, laughing.

To put it into context, when the 20-year-old runs onto the football field for the Canberra Demons, he has more teammates than people in his hometown.

With a population of just 21 people, the little country village is famous for its one annual event, the Mirrool Silo Kick, a tradition started by Geelong legend Billy Brownless when he booted the footy over the top of a silo over 20 years ago.

As the story goes, Brownless was on his way to a wedding when he pulled into the local pub for a couple of drinks.

“There was a footy behind the bar and he said ‘Give me the footy and I’ll kick it over the silo’,” Maguire recalls. “He did, and ever since then, the town has made a day of it.”

The day is now etched into country footy folklore as players, celebrities, and locals gather to kick a football over a 30-metre high Mirrool silo. But soon the town will be famous for more than kicking a footy over the silo if Maguire’s form is anything to go by. 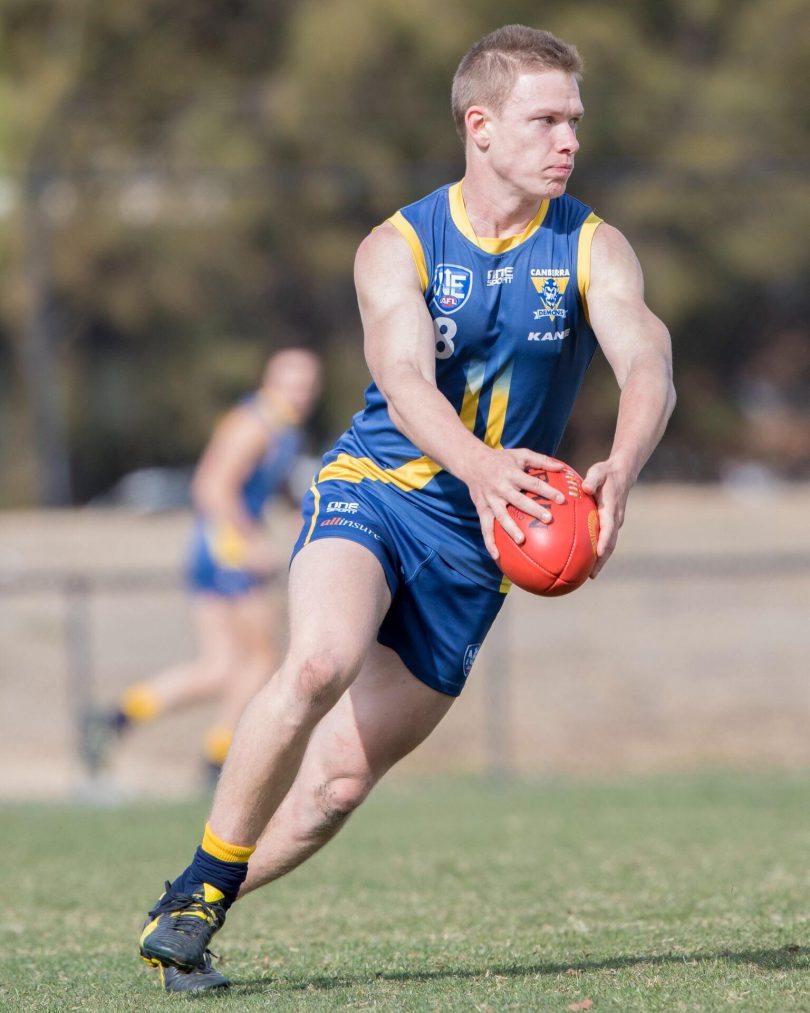 The Canberra Demons midfielder has been a standout during his two seasons in the nation’s capital and has developed a reputation as one of the NEAFL’s leading inside midfielders while demonstrating leadership and maturity beyond his young years.

The boy, nicknamed the ‘Mirrool Magician’ is a strong candidate to win the NEAFL’s MVP award and is also a firm favourite for the Rising Star award but the humble country boy is putting his club above any personal aspirations and is happy to fly under the radar heading into the awards night on Sunday evening (26 August).

“If I go out and play my role for the team and we win I’m happy,” he said.

Canberra will play the final round of the regular season at home on Saturday afternoon against the Aspley Hornets, with both teams having already secured a spot in the 2018 finals.

The Demons enter the match on the back of three disappointing losses but will be aiming to end the home-and-away season on a high as they make history for Canberra, entering finals for the first time ever.

There is still a lot to play for either team, with the winning side guaranteed a home ground advantage in finals.

“It is a massive game this weekend and we will do everything we can to bring finals footy to Phillip Oval,” Maguire said.

franky22 - 35 minutes ago
All pollies want electoral reform that will favour their particular demographic. View
Acton - 1 hour ago
If the Greens think that lowering the voting age to 16 will result in more Green votes, they may be very disappointed. There... View
Community 2

Renee Mae - 50 minutes ago
Yes there are root causes but especially here in ACT we can't ignore rental affordability (or lack thereof). So many women ar... View
Property 25

Acton - 1 hour ago
Certainly low documentation loans raise the risk of default. As well, to add to the risk factors now are greater use of mortg... View
Capital Retro - 3 hours ago
It is timely to revisit what happened in the USA 11 years ago because with speculation that there will be government guarante... View
Acton - 3 hours ago
Low interest rates mean people borrow more. Large loans means people have more money to spend and higher buyer demand pushs u... View
News 4

@The_RiotACT @The_RiotACT
The derelict Commercial Hotel in #Yass is under new management, as the major shareholder of Public bar in #Manuka takes over https://t.co/ss9NhiJQLa (18 minutes ago)