The quiet and important work of official visitors 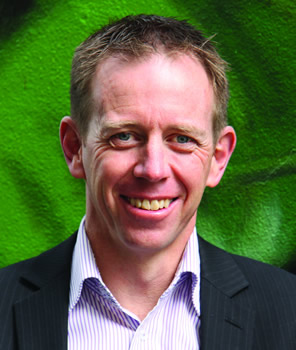 I was reminded last sitting week, with the tabling of the first report from the Homelessness Official Visitor, of the importance of Governments having in place mechanisms to hold them to account. The media, the crossbench and the Opposition, and NGO’s all play a part in casting an eye over the operation of Government, but the truth is that a good government also has established mechanisms to hold itself to account. One of those mechanisms here in the ACT is the Official Visitors program.

Official Visitors are empowered to visit places where the Government provides services, such as mental health facilities, supported accommodation and detention facilities. They talk directly to people accessing support services, and the non-government providers, and ensure that a high level of care is being consistently provided.

In 2012, my former Greens colleague Amanda Bresnan tabled a bill that created the additional positions of Official Visitor for Disabilities and Official Visitor for people experiencing homelessness, to augment the existing scheme. The bill was the result of very thorough consultation with existing official visitors, the Public Advocate and the Human Rights Commission, and with consumers, carers and groups representing the vulnerable. Their feedback was overwhelmingly clear – advocates in these areas saw an expansion of the scheme as a sorely needed reform.

The Bill clarified and strengthened the role of Official Visitors, and ensured that they could provide direct support and advocacy to those who need it. It also changed the definitions of “visitable places” and the time frames in which Official Visitors could report issues to the appropriate authorities.

The Official Visitors program isn’t necessarily a high profile part of Government, but consider the incidents that led to this kind of reform happening: the tragic deaths of three people with disabilities in government run residential services in the ACT which led to the 2001 Gallop Inquiry. It speaks to the implications of systemic failures, and points to the importance of having functional and effective accountability mechanisms in place that operate continuously, providing ongoing and proactive oversight.

It is something that the Greens have long supported. I know that when I was the Housing Minister, I had a keen interest in establishing this new position, to provide me with a clear and independent line of sight to issues people experiencing homelessness may be facing on a daily basis.

So I was pleased in the last sitting week to see the Housing Official Visitor report presented to the Assembly for the first time. Thanks should go also to the Community Services Directorate who worked to establish the Official Visitor for homelessness, and expand the Disability Official Visitor’s role, to add another level of protection to those in our community who need it most.