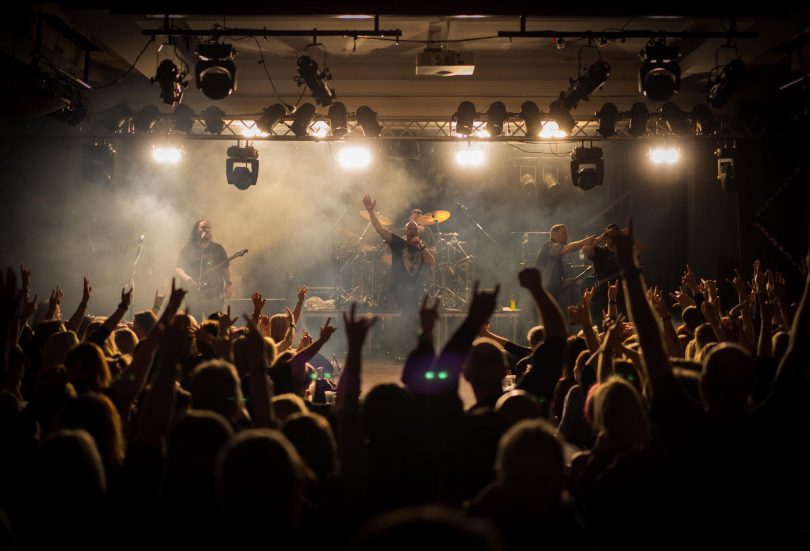 ‘Ivoj Nob’ (Bon Jovi spelt backwards) will rock out with other tribute bands this weekend for ‘Monsters Of Rock’ in Canberra. Photo: Supplied.

Rockers unite! The ‘Monsters of Rock’ tribute show is in Canberra, with an epic line-up of 12 bands playing over two nights.

Following the success of Maleezy’s debut single ‘Win’, the EP is ‘a cohesive narrative of thought-provoking statements that reflect the issues and struggles faced by South Sudanese/ Black communities in Australia.’ The launch at Smiths will also raise money and awareness for the crisis in Yemen.

Several live music events celebrate Christmas in July this weekend, including Celtic Folk band Mad Kelpie Playdate at the Irish Club. And there’ll be loads of winter jazz to warm up with, at Smiths, Molly, and the one year Jazz Haus Anniversary.

Louise Flint - 4 minutes ago
James Daniels I was sent there for advice before I took a redundancy package. They ignored my superannuation and taxation que... View
Patrick Barrett - 4 hours ago
Dylan your fault View
Sonia Irwin - 8 hours ago
Been watching this as a client. Gotta say a bit nervous is an understatement View
News 22

Toby McLenaghan - 37 minutes ago
Peter Marshall well it will be better then before. 🚴🏻💨 View
Marion Rae - 8 hours ago
Election year in a bellwether seat View
Hope Marie - 9 hours ago
Grace Stefanac now I can't crash on it wow View
News 15