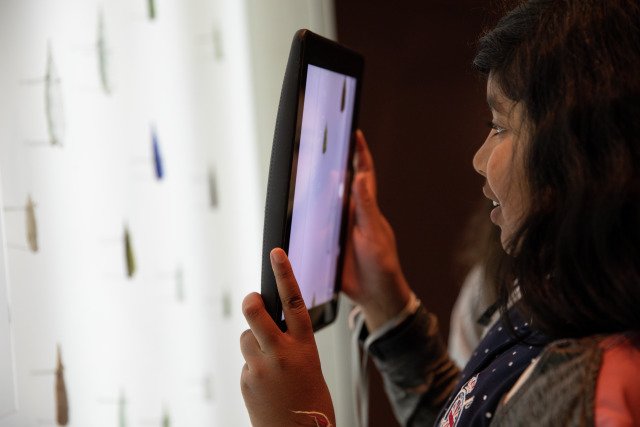 Luminescent spearheads from the Kimberley are among the Canberra objects most likely to draw kids’ attention. Photo: Twitter (National Museum of Australia).

What do a melting wax sculpture of a man, a shrapnel-scarred lifeboat and a trusty robot named Isaac have in common?

They are among the objects in Canberra’s cultural attractions which are most likely to stop kids in their tracks.

Others on the list of objects which children most frequently stop to look at include luminescent spearheads, the Australian flag and a portrait of Bob Brown that has similarities to a ‘Where’s Wally’ picture – in the sense that the more you look at it, the more you find.

VisitCanberra recently took to Twitter to ask which objects kids stop to look at the most when they are on a school trip to Canberra.

It was an interesting question given that around 165,000 school children visit Canberra each year and the fact that the answers could provide some good insights for local families looking at where to go these school holidays.

Six of our most popular cultural attractions responded – using their wealth of experience in conducting tours for school children to narrow down the attractions which get the most attention.

Assistant Manager at the Canberra and Region Visitors Centre, Robert Smethills said that a lot of locals come to the visitors’ centre and the school holidays provide a great opportunity for local children to visit some of the attractions so popular with the tourists.

“I think in this day and age and certainly over the last few years we’ve seen more locals being tourists in their own backyards,” Mr Smethills told Region Media.

He said that, given the cooler weather, these attractions have the added benefit of often being indoors.

Below are the objects in six popular Canberra attractions named most likely to attract a child’s attention.

National Gallery of Australia: The melting wax sculpture, ‘Francesco’, depicting Italian art curator Francesco Bonam always seems to make kids look up. The giant candle will finally be extinguished on 23 August and is currently missing his head – and much more. 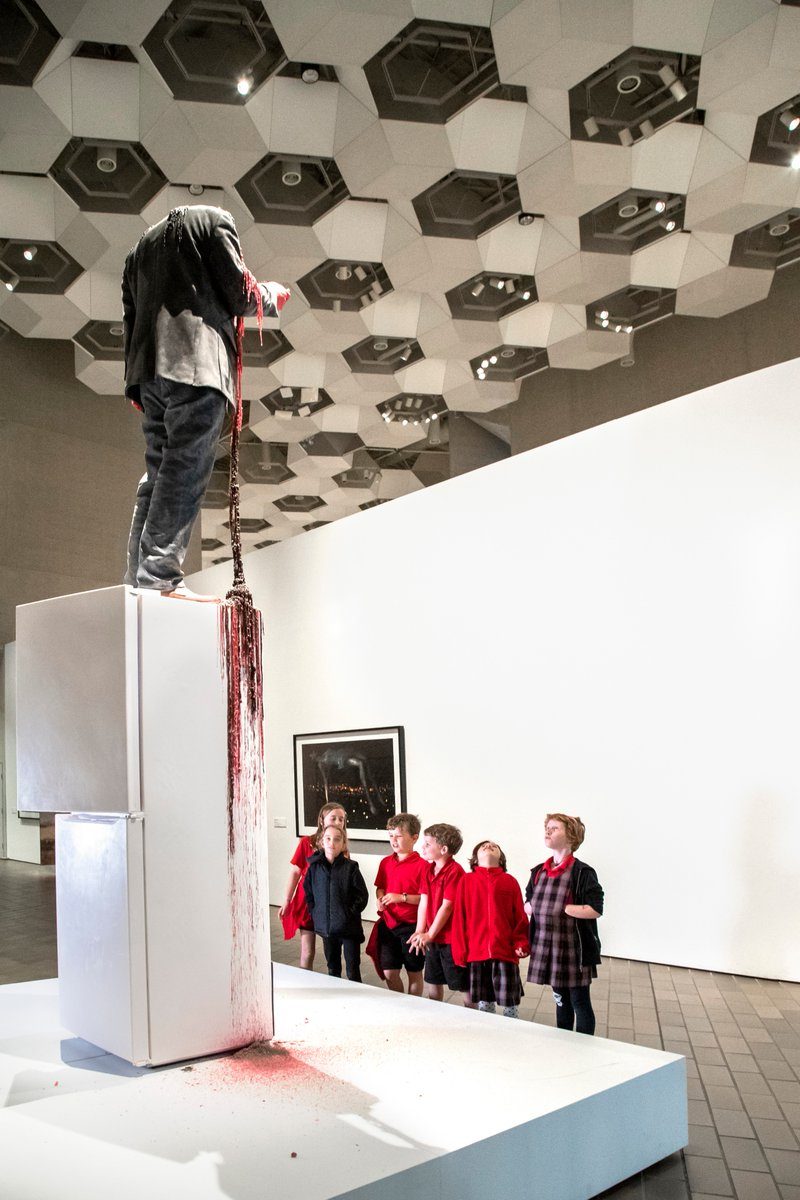 National Museum of Australia: Luminescent spearheads from the Kimberley (WA) often catch the eye of kids on school trips, according to the museum. “Each individual spearhead is an extraordinary object in itself.” 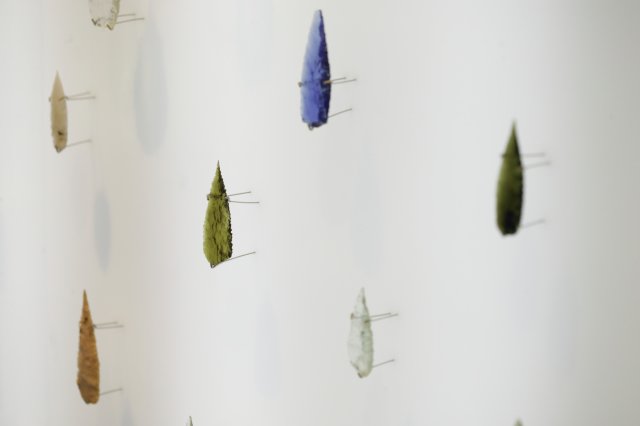 Australian Parliament House: Apparently school kids love to stop and look up at the flag which flies above Parliament House 24 hours a day, seven days a week, and from the exact centre of the building. Among the reasons? “It’s huge – 12.8m x 6.4m – or the side of a double-decker bus with the flag mast rising to 81m.” 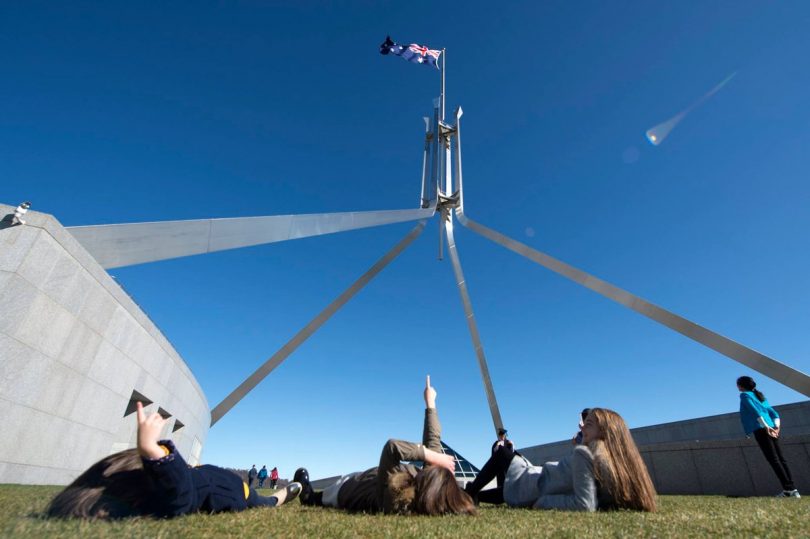 National Library of Australia: This object can speak for himself and carry up to 16 kilos. “Our trusty robot Isaac stops both adults and kids in their tracks,” the library said. Isaac plays an important role at the library transporting items to the reading room but his novelty value may be even greater. 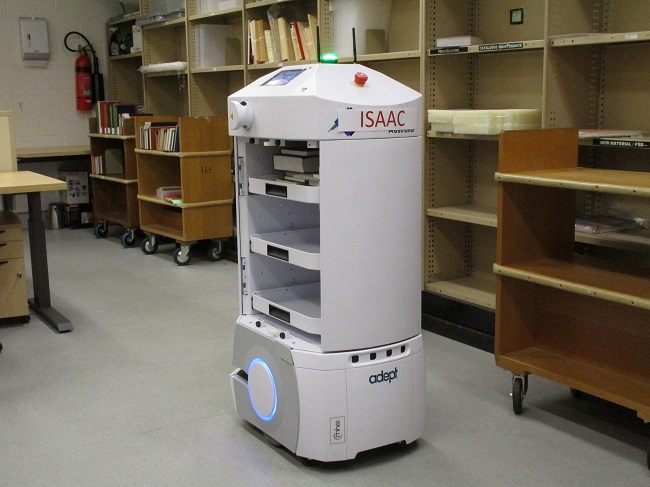 Isaac the robot can carry up to 16 kilos. Photo: National Library of Australia website.

Australian War Memorial: “The bullet and shrapnel scarred lifeboat which carried the Anzacs onto the beach at Gallipoli on 25 April 1915 always draws a gasp from new visitors to the Memorial, old and young,” the memorial said. Click here to find out more. 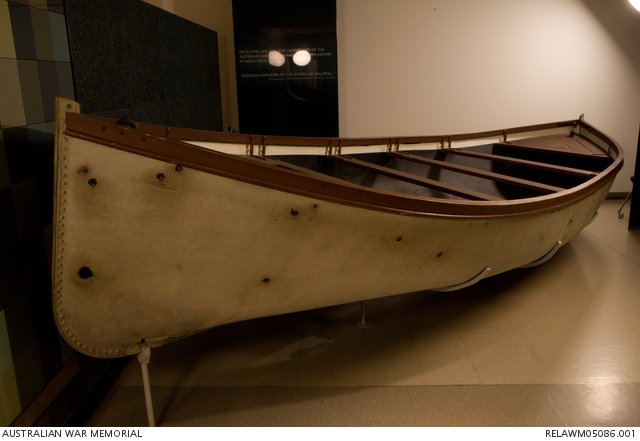 This scarred steel lifeboat from HMT Ascot was used in the landings at Gallipoli. Photo: Twitter (Australian War Memorial).

National Portrait Gallery: “Dr Brown and Green Old Time Waltz,1983 by Harold Thornton is a portrait of Bob Brown during the campaign to stop the damming of the Franklin River. It has so many aspects of the campaign captured in the painting and there are so many curious things to discover,” the gallery said.

Asked by VisitCanberra if there was a particularly interesting part they could point out, the gallery said: “It’s like a Where’s Wally picture. The more you look at it the more you’ll find.” 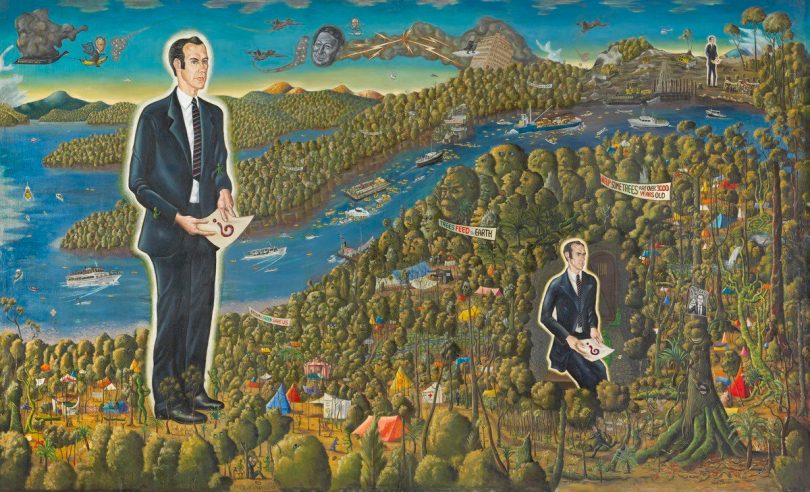 This portrait of Bob Brown has many interesting details for kids to discover. Photo: Twitter (National Portrait Gallery).

Are there any other objects that tend to stop you in your tracks or you find are popular with kids? Let us know in the comments below.

Craig Sutton - 2 hours ago
Kathie Nash Yeah thanks scoop 🙄 I was referring to the entire northern part of Australia. Cairns, Townsville, Darwin etc... View
Sharon Cabban - 2 hours ago
Lani Metcalfe future for Jack View
Kathie Nash - 3 hours ago
Canberra will never get its own AFL team while we only have a 'stadium' that holds 13,000 at maximum. Need a bigger stadium t... View
News 31

Julie Macklin - 2 hours ago
Peter Hatfield Not faster if the bus gets stuck in peak hour traffic in Sydney, as has happened to me. I used to catch the bu... View
Peter Hatfield - 3 hours ago
Or just go to the Jollimont and catch a comfortable coach and be in Sydney an hour faster, and at a fraction of the real cost... View
Greg Myat - 5 hours ago
Ross McConchie I agree with you entirely about using rail more to get trucks off our main routes. But trains are the most eff... View
Property 13

Kacey Butterworth - 3 hours ago
Tim, let’s move. View
Jodie Kerec - 4 hours ago
Lisa Van Schieveen we could live here together. View
Gabrielle Driver - 5 hours ago
Lauren Edney look how nice it is. I'd have the cottage View
Sport 7

Donna Hofmeier - 3 hours ago
Why ? NSW Rugby have never been kind to us. View
News 5

Morven Isla - 3 hours ago
Trees are wonderful and I’m all for making things green. However the thing that we need more is public rubbish bins! The AC... View
accessdenied - 4 hours ago
Pretty cheap really. I find that the people that whinge about the cost are the people that expect the labourers to work for $... View
kenbehrens - 4 hours ago
I walked along a footpath behind a townhouse complex today. On both sides of the footpath were gum trees. The thing that caug... View
Lifestyle 1

kenbehrens - 4 hours ago
I don't have a big lot of space, so I concentrate on high yielding vegies. Mostly, zucchinis and "cherry" style tomatoes, tha... View
Food & Wine 4

@The_RiotACT @The_RiotACT
The new #VaxTheNation campaign is urging Australians to get the jab for COVID-19 so music venues can return to hosting gigs and delivering live #entertainment https://t.co/lo3ejx179F (3 hours ago)

@The_RiotACT @The_RiotACT
An incredible phenomenon in the heart of Belconnen, the '#Pink Lake' in #Bruce is now in full bloom. But what gives Canberra's hidden natural gem its dazzling colour? https://t.co/0L5c69vbOo (5 hours ago)

@The_RiotACT @The_RiotACT
The ACT Government has established a dedicated quarantine facility to support vulnerable Canberrans and those who may find it difficult to stay at home https://t.co/BLnFyG5dx4 (5 hours ago)