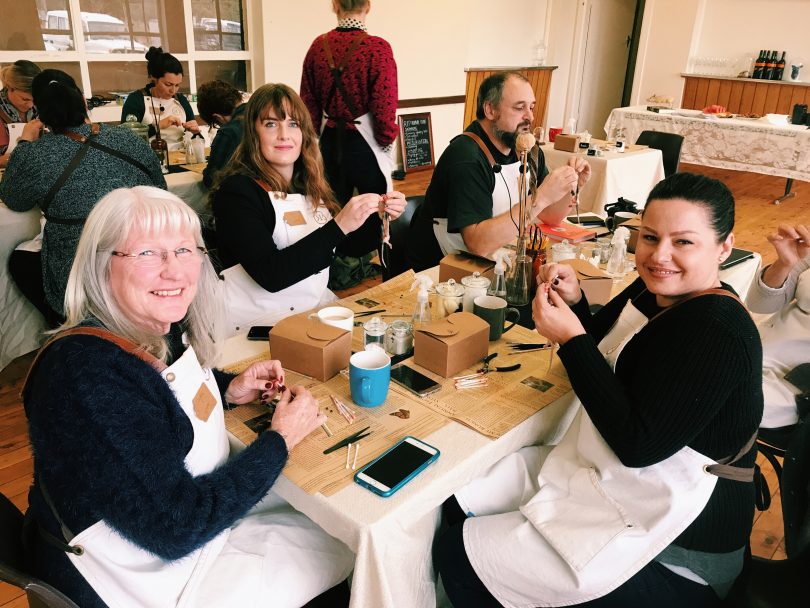 The Wired Open Labs workshops have been a great way for connections to be formed and new skills to be learnt. Photo: Sarah Last.

Australian arts organisation The Wired Lab was founded with a simple mission: to ensure people living in rural and regional communities don’t miss out on cultural experiences their metropolitan counterparts get to enjoy.

Now, 13 years later, artistic director and CEO Sarah Last says that as an artist herself, it’s always been important to maintain a space for her practice in rural areas.

“I don’t want people to think that living rurally means isolation,” she says. “Instead, it can be an entirely enlightening, authentic experience.”

Five years ago, Sarah came up with the idea for Wired Open Labs, a series of workshops that provide people of all levels of artistic ability in Canberra and its surrounding region with access to creative skills and a community.

She explains these workshops capitalise on what she calls the ‘experience economy’.

She says in many rural areas, participation is greater in creative groups than in sport.

“It might have something to do with the ageing population we are grappling with because there comes a time in your life when you can’t play sport,” says Sarah.

“But we’re also seeing family groups come through who are creating intergenerational memories and getting to go home with something they’ve made.”

Getting Wired Open Labs off the ground has required many community partnerships.

“They’re readily welcomed and while they are a big commitment, we also reap rewards in terms of spaces to host our workshops and strong ties with different community groups,” says Sarah.

Some of the Wired Open Labs success stories so far include women who have started small businesses after learning new creative skills, or have shared them through networks such as the Country Women’s Association or various mothers’ groups.

According to Sarah, in light of the difficulties rural communities have faced during the past few years with the drought and COVID-19, the social element of interacting with likeminded people is really important.

She says she couldn’t be more excited to connect with rural communities.

“When they first contacted me I was initially surprised because I live in Sydney and thought they would prefer someone a bit more local, but I realised the whole philosophy is about having new experiences that regional communities might not otherwise be exposed to,” says Tammy.

READ ALSO: Connection to community is a story that always has a heart

She has been a horticulturalist for more than 10 years, but says her love for gardening and plants began when she was a child and her grandma would spend all of her time out in the garden.

Tammy’s family had fled war-torn Vietnam to settle in Australia and she was initially surprised by how supportive they were of her dreams to pursue studies in horticulture.

“You’d think they would have preferred it if I had gone on to become an accountant or lawyer instead,” she says.

However, Tammy’s dad had the lofty ambition of planting and raising a bamboo forest in Sydney, and he wanted his daughter’s help. 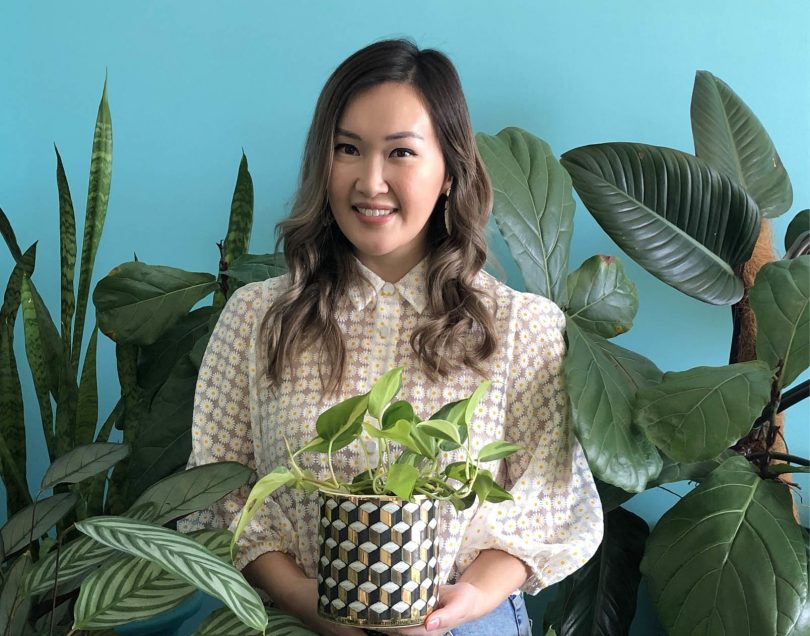 Tammy Huynh is usually surrounded by what she loves best: plants. Photo: The Wired Lab.

Tammy began her career writing for Better Homes and Gardens magazine, and now runs her own business where she delivers workshops and talks about plants.

“I think people really turned to indoor plants last year because they wanted something to look after at home [during COVID-19 lockdown],” she says.

“I like teaching people that even when plants die or they have brown spots, it’s all normal and they shouldn’t be disheartened.

Tammy’s indoor plant workshops will be held in Jugiong on Saturday, 19 June. You can view the full Wired Open Labs program online.

Alicia Gartshore - 1 hour ago
Thanks for the memories Your generosity, the wonderful Coffee, customer Service, Good luck with your next Chapter. We’re go... View
News 1

TheSilver - 3 hours ago
Couple of short points as I don't have much time today: Science publications are currently going through a replication crisis... View
phydeaux - 7 hours ago
Buy the way TheSilver, I nearly forgot to mention this with regard to your supposed other scenario https://pubmed.ncbi.nlm.ni... View
phydeaux - 7 hours ago
A few points if I may, starting with your first post in this sub-thread where you start: ".... is literally no good evidence... View
News 5

Noel Benjamin - 3 hours ago
A policy resent for the education sector has been required since the Howard government when education was commodified. The ed... View
News 3

Sam Oak - 4 hours ago
Don't know why they are complaining when they got their property at a discount due to its proximity to the sludge pit. This i... View
JC - 4 hours ago
Seeing as the pit (which is part of a stormwater pollutant trap) predates the first houses in the suburb by about 20 years I... View
Capital Retro - 8 hours ago
Good luck with that. I suggest you read up on "social disamenity" from waste odour and commence a class action against the AC... View
Sport 1

Capital Retro - 6 hours ago
Will it be named after Sam Stosur? View
Community 46

Zoe Lewer - 6 hours ago
Bob Foster yep. Us humans sure have made an impact. We are the problem. You are right. The day the people who were invaded ch... View
Joy Gosden - 7 hours ago
Yes. What were they thinking planting them in our suburbs. They drop limbs attract pests and stop grass growing around them.... View
Bob Foster - 7 hours ago
Another deluded hypocrite post Zoe Lewer 😂 I'm betting you live in a man made structure....made with either cut down trees... View
News 240

Peter Dark - 18 hours ago
Tim Gavel, you value sport, so why are you writing anything positive or forgiving about someone who has shown time after time... View
show more show less
*Results are based on activity within last 7 days

@the_riotact @The_RiotACT
The relationship between Goulburn Mulwaree Council and Wakefield Park Raceway is at a crucial juncture - but could these rocky relations mean things are falling into place for Canberra's #motorsport community? https://t.co/6OF4MAk2qZ (1 hour ago)

@the_riotact @The_RiotACT
Meet Joel Tyrrell - who after touring the world playing #music is now operations manager at the new @TransitBar https://t.co/v9SjttwQjF (5 hours ago)