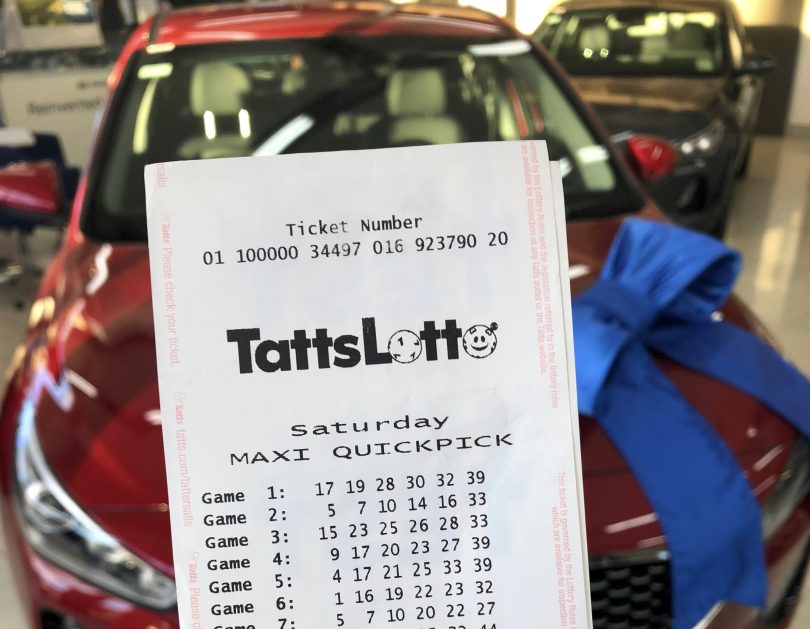 Was one of your workmates a mystery no-show at work this morning? They may have had a very good reason.

An unnamed Canberra lottery player has kicked off the working week more than $1.4 million richer after checking their division one winning Saturday Lotto ticket.

READ ALSO: Hot in the City: The Inn brings a whole new level of dining to Ainslie

Million Dollar Kiosk owner Nick Huynh said he was so excited to know one of his customers had walked away with a life-changing prize.

“We are so happy for our division one winner,” he said.

“Whoever they may be congratulations to them! We wish them all the best with their prize.

“We hope this is the beginning of plenty more wins for our customers.”

How the division one winner plans to spend their windfall remains a mystery as they have chosen to remain completely anonymous and celebrate in private.

It’s been a good month for ACT lottery players. On 8 June, a Canberra woman was declared the only winner of an Oz Lotto jackpot, pocketing a staggering $10,487,834.11.

The recently retired woman, who wished to remain anonymous, was the second person in less than a week to become an instant millionaire after a Canberra man won $1,172,770.07 in 5 June’s Lotto draw.

TheSilver - 4 hours ago
Couple of short points as I don't have much time today: Science publications are currently going through a replication crisis... View
phydeaux - 7 hours ago
Buy the way TheSilver, I nearly forgot to mention this with regard to your supposed other scenario https://pubmed.ncbi.nlm.ni... View
phydeaux - 7 hours ago
A few points if I may, starting with your first post in this sub-thread where you start: ".... is literally no good evidence... View
News 5

Sam Oak - 4 hours ago
Don't know why they are complaining when they got their property at a discount due to its proximity to the sludge pit. This i... View
JC - 4 hours ago
Seeing as the pit (which is part of a stormwater pollutant trap) predates the first houses in the suburb by about 20 years I... View
Capital Retro - 9 hours ago
Good luck with that. I suggest you read up on "social disamenity" from waste odour and commence a class action against the AC... View
Sport 1

Zoe Lewer - 7 hours ago
Bob Foster yep. Us humans sure have made an impact. We are the problem. You are right. The day the people who were invaded ch... View
Joy Gosden - 7 hours ago
Yes. What were they thinking planting them in our suburbs. They drop limbs attract pests and stop grass growing around them.... View
Bob Foster - 7 hours ago
Another deluded hypocrite post Zoe Lewer 😂 I'm betting you live in a man made structure....made with either cut down trees... View
News 240

@the_riotact @The_RiotACT
#Throsby School takes its place as the 90th public #school in the ACT, and is part of the ACT Government's plan to keep up with growth in #Gungahlin https://t.co/wsBRZ1EHRx (17 minutes ago)