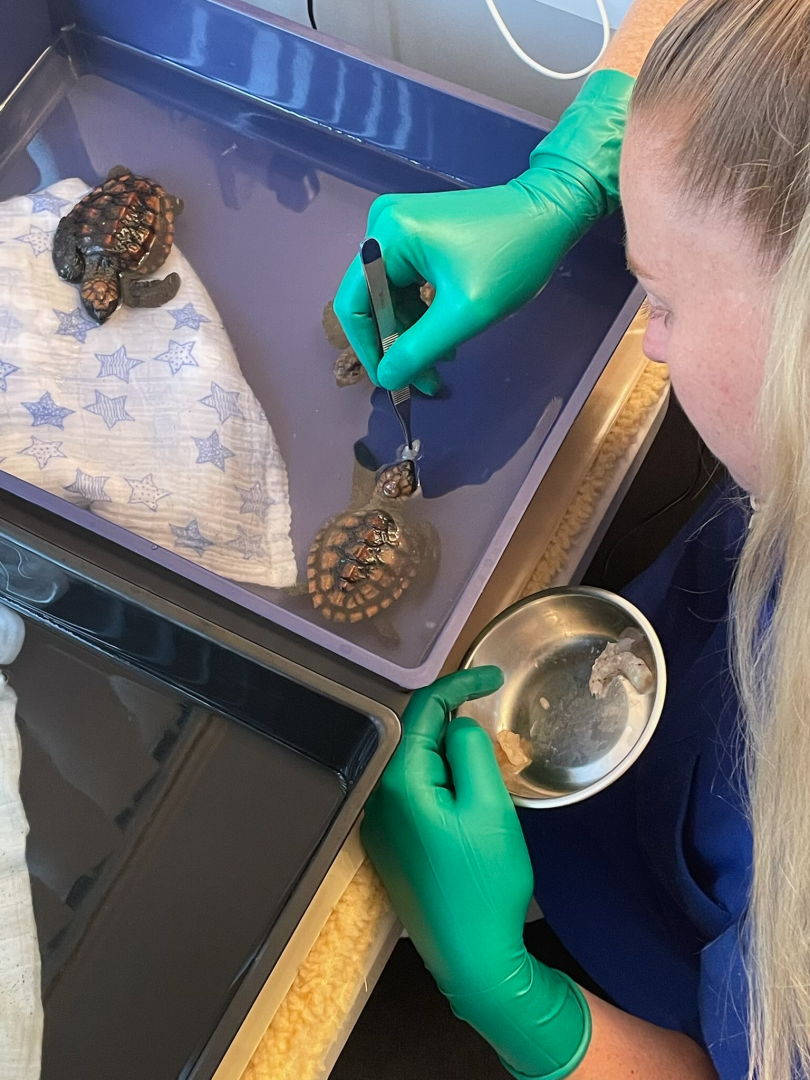 Lauren Manning-Darby from Australia Seabird Rescue feeds some of the hatchlings rescued from along the South Coast. Photo: Supplied.

The intense storm cell lashing the East Coast is displacing animals as well as people with seven baby loggerhead turtles washing up on South Coast beaches so far.

The hatchlings have been found in the Shoalhaven, Eurobodalla and Bega Valley shires after being washed down from their nesting areas in Queensland.

Listed as a vulnerable species, loggerhead turtles usually disperse as far as South America and spend around 16 years at sea before returning to the south-west Pacific.

This year however, they’ve been washed thousands of kilometres off course and are turning up exhausted, cold and sometimes injured on far-flung beaches.

Lauren Manning-Darby is a volunteer with the NSW South Coast branch of the Australian Seabird Rescue Inc, a grassroots community organisation dedicated to coastal wildlife rescue and conservation, and has been busy taking care of some of the rescued hatchlings.

“They range from about 22 to 50 grams and the current conditions are blowing them in, unfortunately,” she said.

Anyone finding a hatchling is urged to contact the rescue group on 0431 282 238 or via the group’s Facebook page.

“If you can, stay with the hatchling on the beach and watch them until we can get there,” Ms Manning-Darby said.

“If you can’t stay, place the hatchling gently in an opened container or box with a towel or something soft beneath it. Try and minimise handling and noise and keep it away from children and pets until we can pick it up.

“Don’t try to put it back in the water and don’t try to give it any food or water.”

Once the hatchlings are in care they have a reasonable likelihood of survival. So far just one found on the Central Coast has died and it had ingested and excreted plastic. 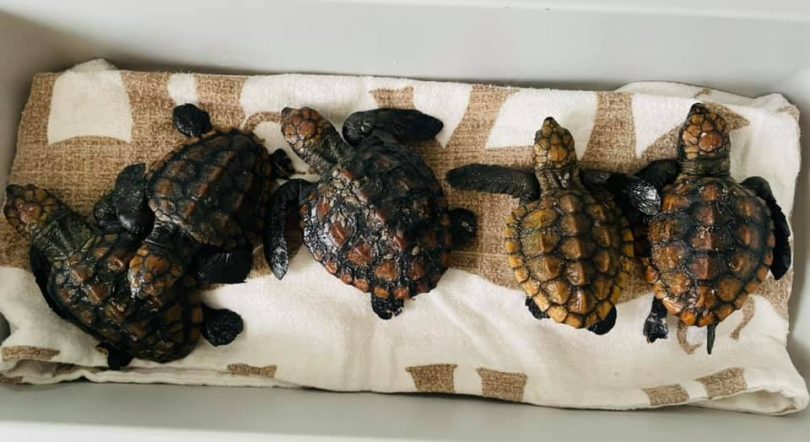 “All seven of the ones down here are alive,” she said.

“They are diving, swimming in their warm pool and eating. We are looking to release them around Coffs Harbour if they survive and when the time is right.”

READ ALSO Off-key songbirds need to bring their sexy back

Most sea snakes are extensively adapted to a fully aquatic life and are unable to move on land and even they have run foul of the current storm conditions. So far two have washed ashore on South Coast beaches and are being cared for by volunteers.

Scott Layton was it one of these?🤔

Kym Layton nah, I’m pretty sure it was a Manning river snapping turtle