Did you know that there is the Canberra Deep Space Communications Complex at Paddys River near the Tidbinbilla Nature Reserve? I certainly didn’t until my friend suggested taking a look when we driving through the area one day.

This complex is the site of one of three deep space communications facilities around the world – the others located in California’s Mojave Desert and near Madrid in Spain – and provides observation of spacecraft. The complex is operated by the CSIRO on behalf of NASA, and the satellites surrounding the complex are quite impressive in their own right before even entering the space centre. 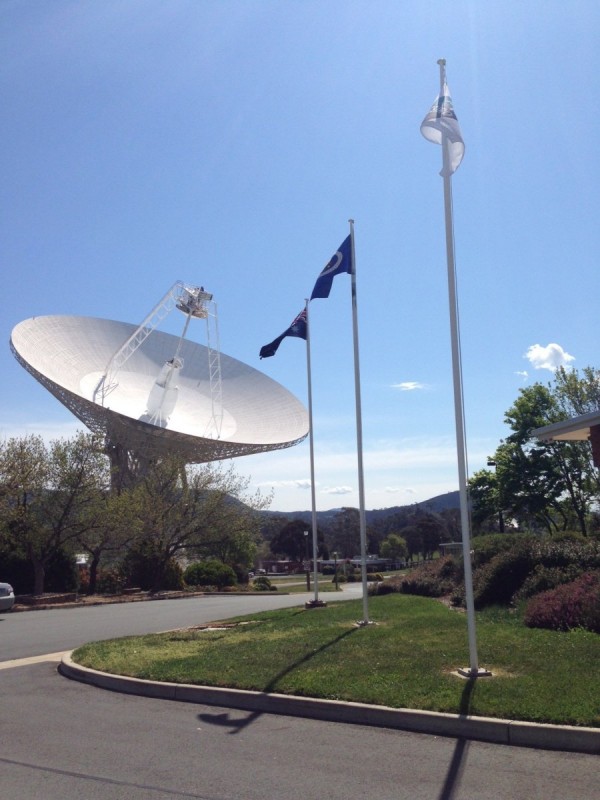 If learning about Canberra’s history in the space arena sparks your interest, I also recently came across the former Orroral Tracking Station in Namadgi National Park, located near the start of the Granite Tors walk. There’s signage throughout the site talking about its history, the people that worked there and the facilities. It also has a great barbecue area and there are short walks as well as longer hikes from the site.

You would have driven down it or seen it from the War Memorial as it sweeps down to views of Old Parliament and Parliament House, but have you ever taken a walk down Anzac Parade and had a look at the memorials? 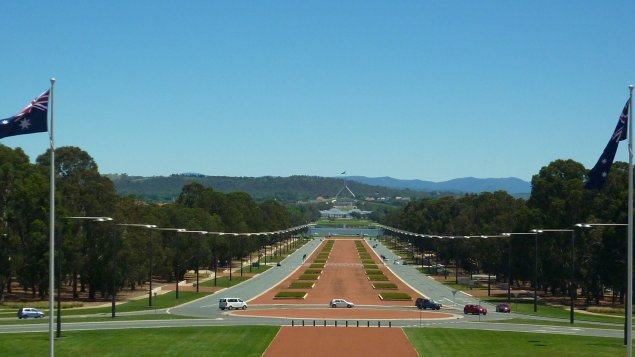 The first memorial constructed on Anzac Parade is the Desert Mounted Corps Memorial, which was unveiled in 1968. This memorial commemorates all the Australian Mounted Divisions, the Australian Flying Corps and every other Australian and New Zealand unit that served in Egypt, Palestine and Syria between 1916 and 1918. According the memorial’s plaque, the original memorial was in Egypt but was destroyed during the 1956 Suez crisis. 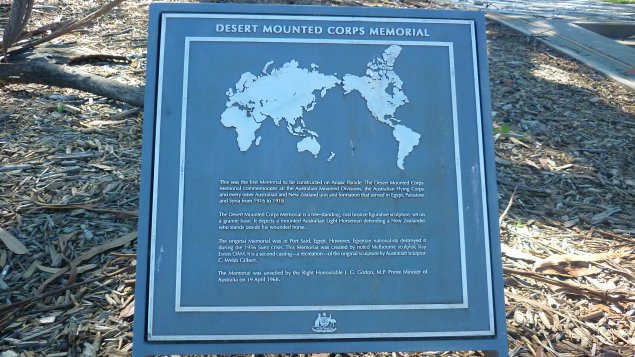 There’s also historical information spread randomly around sites on or nearby Limestone Avenue in the Ainslie and Reid areas near the Mercure Hotel, as well as throughout the walk up Mt Ainslie if you take the track starting from the Australian War Memorial. 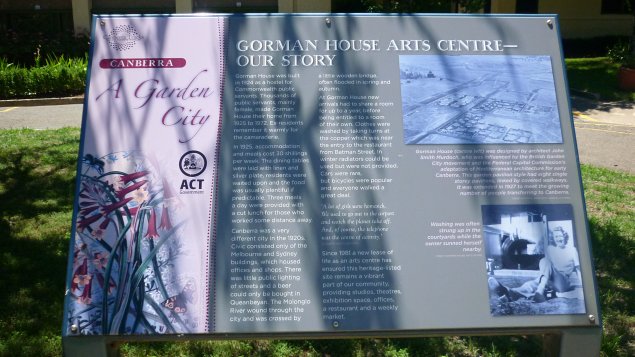 Did you know that the current Gorman House Arts Centre used to be a hostel for Commonwealth public servants between 1925 and 1972? The information board explaining its history talks about some of the conditions and what Canberra was like at the time. For example, you could only buy a beer in Queanbeyan in the 20s, and the Molonglo River ran through the city during those early days of Canberra. 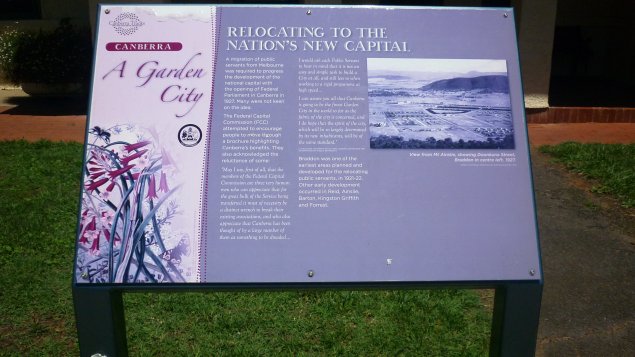 Another information board in the nearby area talks about the move to make Canberra the national capital. The board lists that Braddon, Reid, Kingston, Barton, Ainslie, Forrest and Griffith were one of the earliest areas developed for relocating public servants. There’s also more details about Canberra’s history on an information board outside the Ainslie Arts Centre, which began its life as a school.

The Canberra Brickworks at the end of Denman Street, Yarralumla is another often overlooked historical site. The chimney can be seen from the Aboretum. The National Trust is conducting walking tours on April 11 to celebrate the 100th anniversary of the Staffordshire Kiln.
Bookings essential: http://www.nationaltrust.org.au/act/CanberraBrickworksWalkingTour

Hi, these are all fantastic places to explore and we encourage everyone to get out and see what Canberra has to offer.

In saying so, one of the best ways to explore Canberra is to visit http://www.canberratracks.act.gov.au. The website takes you through eight self-drive heritage tracks around Canberra that tell stories about our Aboriginal, pastoral and our recent history as the nation’s capital.

Even better, to explore the Territory first hand, download the Canberra Tracks app on your smart phone or tablet, hit the road and watch history come alive at over 120 stops along the way.

Let me add some that many people might never have visited.
Duntroon Dairy.
http://www.nationaltrust.org.au/act/duntroon-dairy

The explosive huts off Mugga Lane. Plus the associated quarry and other hidden things to do with that on the other side of Mugga Lane.

Canberra Woolshed in Yarralumla. (I don’t think it’s used these days for parties and dances as it once was.)

There are many other ruins, etc that abound in the Canberra area.

Jacq Miller - 1 hour ago
shame there are no longer all 4 in situ View
Barry Matson - 4 hours ago
of what? View
Michael Guina - 5 hours ago
It has to start somewhere and those two buildings are living example . View
Opinion 80

bj_ACT - 15 hours ago
Yes razor it’s a good point. Agree there are pockets of Tuggeranong and Belconnen that could do with some ACT government do... View
mattm - 16 hours ago
There are almost 130 Councils in NSW, and most of them do a much better job with municipal services than the ACT Government.... View
Heavs - 17 hours ago
Competent councils - like this one? https://www.canberratimes.com.au/story/6978805/nsw-central-coast-council-to-be-sacked/ Or... View
Community 1

Got a passion for space? Canberra Deep Space Communication Complex wants you