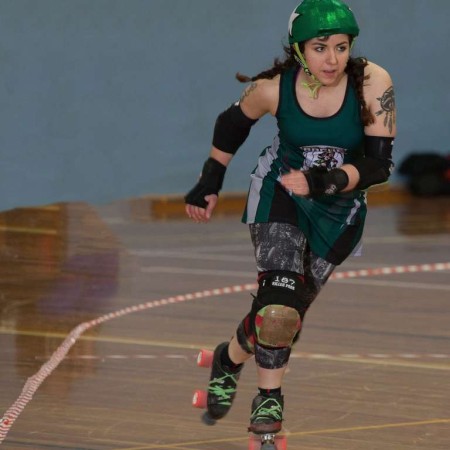 There is plenty of live music to be enjoyed around Canberra this weekend, with former farmhand and Australian Idol runner-up Shannon Noll’s gig at the Southern Cross Club in Woden tomorrow night among the highlights. And there will be more rock’n’roll at the Southern Cross Basketball Stadium on Saturday night when the Varsity Derby League presents another feast of live roller derby. 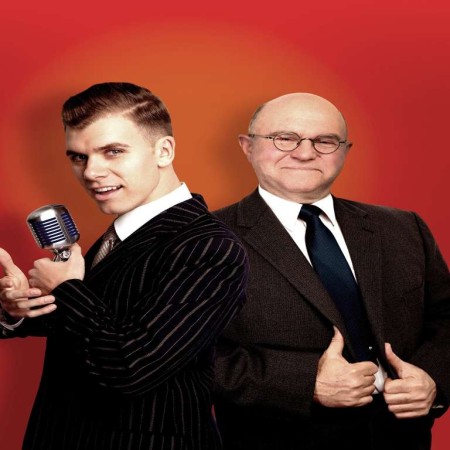 Mario: The Story and Music of Mario Lanza

He was a tenor superstar in Hollywood, topping the charts and winning a legion of fans with his charm and exquisite voice. Ten years later, he was washed up, dead at the age of 38 in mysterious circumstances. Mario: The Story and Music of Mario Lanza is part opera and part music theatre, encompassing a range of musical styles. Blake Bowden, whose previous credits include South Pacific, plays and sings Lanza, while writer/satirist/ pianist and Wharf Revue’s Phil Scott fills in the gaps, playing various characters in the singer’s life. Highlights include renditions of Your Tiny Hand is Frozen, Nessun Dorma, Caro Mio Ben and The Loveliest Night of the Year. Tickets cost $40 plus fee. 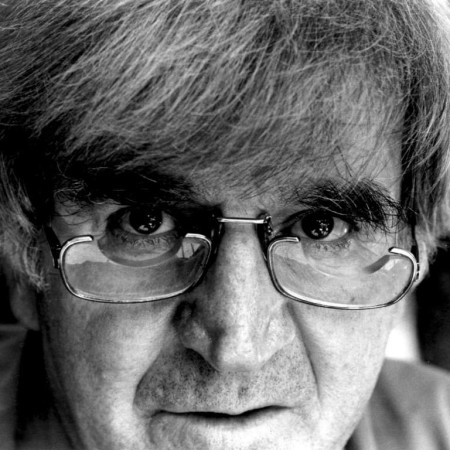 When 2.30pm | Where National Museum of Australia, Lawson Crescent, Acton

Make an early start to the weekend activities by helping to mark the 40th anniversary of the the National Trachoma and Eye Health Program. Professor Fred Hollows wanted trachoma eradicated from Aboriginal and Torres Strait Islander communities and for Australians to take notice of the appalling living conditions and lack of basic health care experienced by people in their own country. With his team from the Royal Australian College of Ophthalmology he established the National Trachoma and Eye Health Program. Gabi Hollows and a panel of special guests will talk about their involvement with the program, Fred Hollows’ legacy and the Fred Hollows Foundation’s ongoing work. There will also be the first public screening of footage from the documentary They Used to Call It Sandy Blight, since it controversially aired in 1978 on the ABC.

The Varsity Derby League presents another feast of live roller derby with a double header. First up, the Rogue Scholars take on Outcast Derby from the NSW Central Coast, then Capital Carnage take on Perth Men’s Derby. Trackside seating allows patrons to get up close to the play, and this family friendly event offers audience entertainment and prizes, a licensed bar, kiosk and bake sale. Doors open at 6.15 pm and the first whistle is at 6.45 pm. Entry is $15 for adults, and children under 12 get in free with an adult ticket. And your admission entitles you to watch both games. 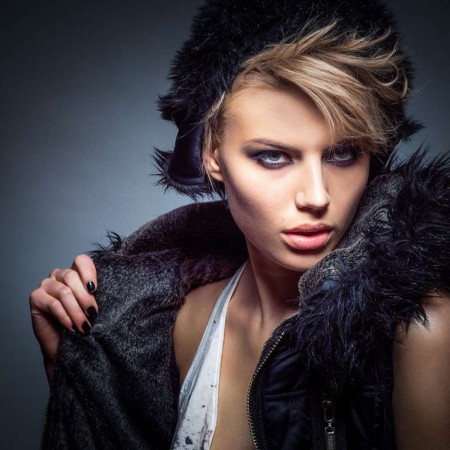 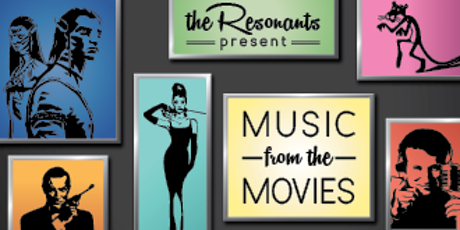 The Resonants present music from the movies

Enjoy cinema favourites, including music from Good Morning, Vietnam, Breakfast at Tiffany’s, The Mission, Frozen and Avatar, when choral group The Resonants take to the stage again this weekend. Led by musician and music educator Helen Swan, the choir has been entertaining audiences in and around Canberra for 25 years and continues to explore new repertoire. Drinks will be on sale from 5.30pm and the concert starts at 6pm. Tickets costs $35 for adults, $25 concession, $10 for children and $80 for families. 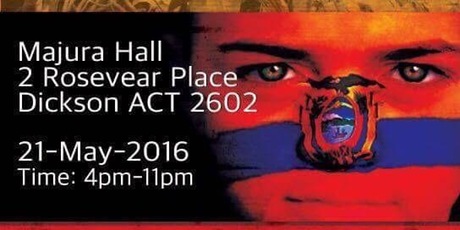 On 16 April 2016 a 7.8-magnitude earthquake struck Ecuador. The epicentre was in the coastal Manabi province where many cities and villages were devastated. More than 600 people died, 16,600 were injured and 25,640 are now living in temporary shelters. Rescue efforts continue and there is an urgent need for food, clean water, clothing, medical supplies and tents for provisional shelter. The ANU Ecuadorian Society, in conjunction with @AKT Fitness and @Casablanca, is staging #UnitedForEcuador to raise funds. There will be many artists performing, including Dj Paisa, Acuarelatina, Habana Caliente, Salsabor, Mexico Lindo, Subsdance, Raio de Sol, Kokoloco and Dr Salsa. Traditional Ecuadorian food will also be on sale as well as a wide range of soft drinks and alcoholic beverages. 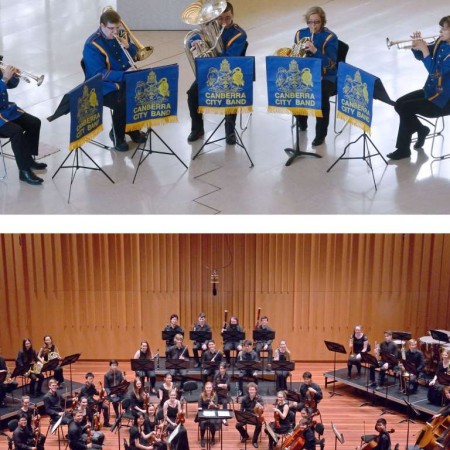 When 1:30pm | Where High Court of Australia, Parkes Place, Parkes

Two of the ACT’s most powerful musical groups – Canberra’s official wind and youth orchestras – will perform within the grand lakeside structure. Each ensemble will present a number of works, culminating in a combined performance. Entry free but bookings essential. Doors open at noon.

Will update those times in the article.

There’s an incorrect time for the derby games – doors open at 6.15 pm and the first whistle is at 6.45 pm. The correct times are on our website and the ticketing.

(Somehow the VisitCanberra listing ended up as 8.15, which is weird because you can only select 24 hour time in the listing function… )

Riding a bike around Lake Burley Griffin in Autumn is hard to beat too.

Kay Pearce - 2 minutes ago
Mrs Prowse was my grandmother and I can well believe she would walk to Manuka… well into her seventies and early eighties s... View
Kay Pearce - 57 minutes ago
Helen Kook thats just what Grandma (Mrs Prowse) would do!!... View
Helen Kook - 2 hours ago
Knowing my grandmother it would have been an easy walk back in those days View
Community 49

Alice Caroline - 16 minutes ago
I saw one in a tree along the Queanbeyan river walk💕 so cute! Such a gorgeous idea. View
Dayna Brown - 18 minutes ago
Sally Fitzpatrick 💖💖💖 love it! Working on some Pokémon ones for the local kids now! View
Elise Anderson - 20 minutes ago
Sam Da Cruz but if it makes people happy that’s a plus 😊 View
Lifestyle 11

Zuzette Kruger-Finch - 26 minutes ago
Summernats and Floriade are our big income events here. View
Alan Vogt - 37 minutes ago
No. Maybe in another 20 Years. View
Vanda Catanzariti - 39 minutes ago
Yes... lets do this! 🏆 🏁 View
News 22

TimboinOz - 3 hours ago
SUVs are popular because they fill a lot of needs. We are very happy with our 2015 2.5L Subaru Forester. I've only once manag... View
Graeme Tyers - 4 hours ago
James Forge will be interesting to see the next gen. 3lt petrol or diesel, RWD (potentially AWD) and a hybrid option... View
show more show less
*Results are based on activity within last 7 days

@The_RiotACT @The_RiotACT
So what do you appreciate? Is it worth forming a society and telling the world via Facebook? Sure, if you're a fan of corrugated iron, fatty hamburgers and almost every kind of dog https://t.co/CxdoMCKzta (46 minutes ago)