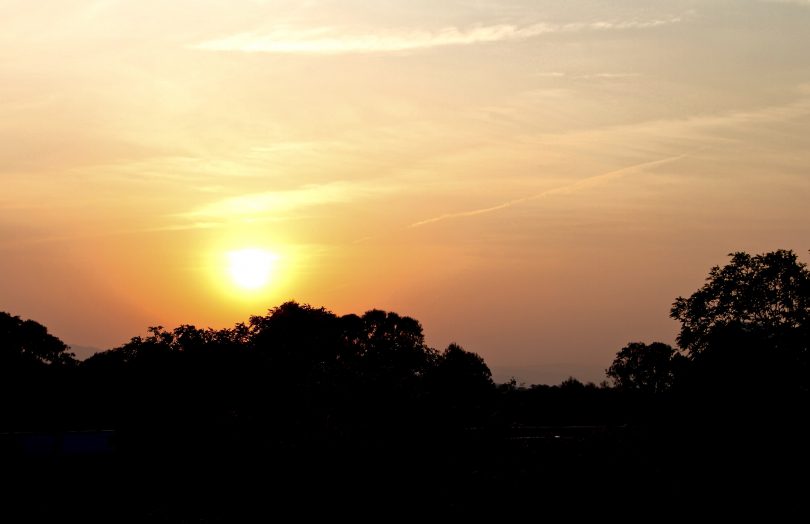 With the temperature gauge forecast to nudge 40 degrees in Canberra, and the region blanketed in a smoke haze from the North Black Range Palerang fire, the ACT Emergency Services Agency and the NSW Rural Fire Service both made the move to declare total fire bans.

The Emergency Services Agency said the forecast fire danger rating for tomorrow is will be ‘severe’, meaning that if a fire starts it may be difficult to control and may spread quickly.

Residents in bushfire-prone areas are urged to review their bushfire survival plan, or if you don’t have a plan in place, to take the time to create one.

As of tomorrow, the North Black Range Palerang fire has been burning for two weeks and has already burnt more than 35,000 hectares. The Kings Highway remains closed between Braidwood and Nelligen, which is also being affected by the Currowan fire on the south coast.

The duty forecaster at the Bureau of Meteorology said the smoke haze from the two fires is unlikely to ease until Thursday when a cooler southerly change moves through.

“On Tuesday and Wednesday, light north-westerly winds will blow in the morning and during the day. This should see easier conditions in terms of the smoke haze, but [the smoke] will return again in the afternoons when the onshore easterly airflow returns.

“The temperature tomorrow [Tuesday] will be at least 38 degrees, before the temperature drops slightly on Wednesday and Thursday,” the duty forecaster said.

In Canberra, the maximum temperature is forecast to be 34 on Wednesday, 31 on Thursday and 23 on Friday.

The Eurobodalla shire south of Batemans Bay is not included in the total fire ban areas.

The Boboyan Road and Brindabella Road remain open to traffic.

A number of roads and nature reserves in the area will also be closed while the total fire ban is in place.

Swimming areas at the Cotter and along the Murrumbidgee River such as Kambah Pool, Pine Island, Point Hut and Uriarra Crossing will remain open.

In an effort to accommodate recreational users, the Canberra Nature Park (other than Mulligans Flat and Goorooyarroo Nature Reserves) and all pine forest areas (other than Kowen Forest) will remain open to the public during the early morning hours; however, users are advised that they should leave these areas no later than 10.00 am.

Electric barbeques provided at the Cotter, Casuarina Sands, Pine Island and in Canberra’s urban parks will be available; however, all gas barbeques will be turned off.

Robert Knight - 10 minutes ago
Gill King oh, I get it. I grew up here and spent many a weekend night watching movies there. I understand it’s cultural val... View
Virginia Dodson - 2 hours ago
Let’s hope it’s heritage listing has more credibility than that of Anzac Hall at the War Memorial. Terrific that an inter... View
Gill King - 2 hours ago
Something doesn't have to be attractive to be important for heritage. I understand the cinema part of the building was ground... View
News 12

Chris Prentice - 1 hour ago
Matthew Soall But it is a business. View
James Vetos - 2 hours ago
A committed centre of learning excellence... Nope, a one trick business struggling under a poor business model. Should be ash... View
Liam O'Toole - 3 hours ago
Emphasis on international students. ANU is discovering the results of putting all your eggs in one basket. View
Opinion 66