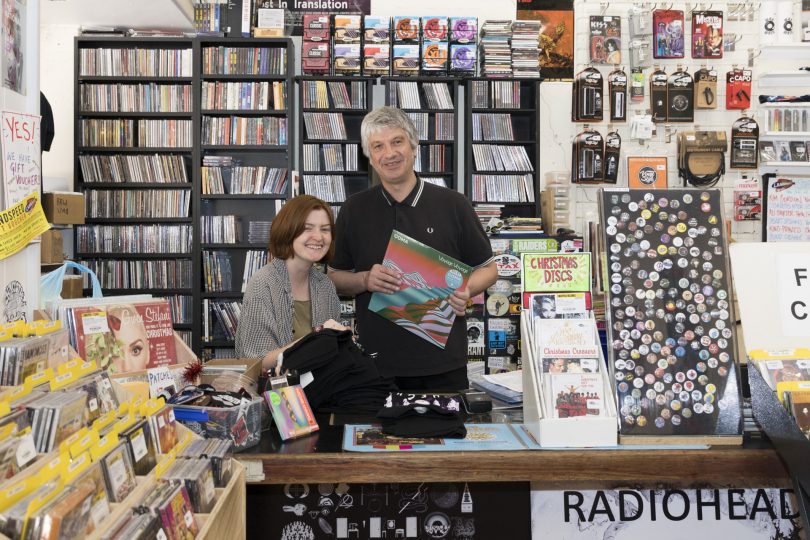 Landspeed Records co-owner Blake Budak recalls one of his first customers when they opened the store above Gus’s Cafe in Civic in 1994.

“I remember a customer coming in and saying his personal collection was bigger than what we had in our shop. We had a couple of hundred CDs and some vinyl records and that was about it,” Budak recalls.

“Looking back, I kind of shudder a bit, but from a very small beginning and hardly any stock, I’m very happy that we’re still here.”

On 24 November, Landspeed Records will officially celebrate its 25th birthday, having weathered the storms of music streaming services and an ever-changing market. 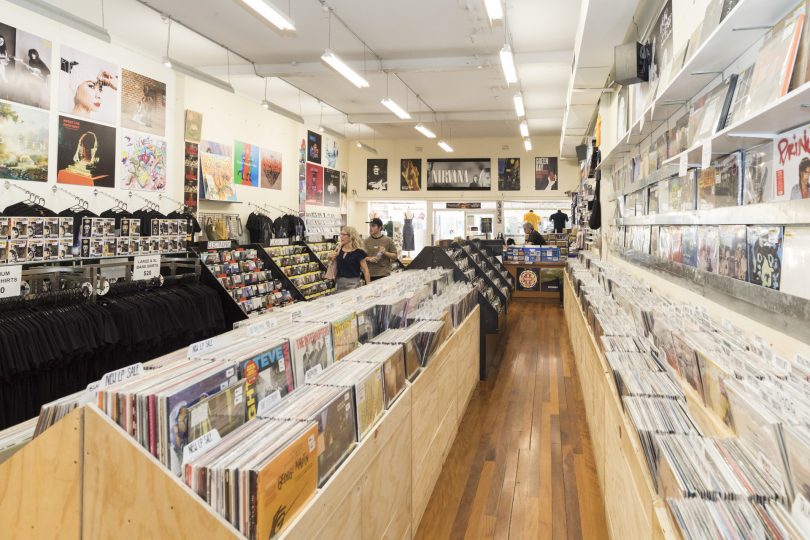 A far cry from the couple of hundred CDs when Landspeed first opened above Gus’s.

Budak opened the store with friend Frank Mitchell because he was a fan of music and a bit of a record collector, but has survived through a period where music purchases moved from cassettes to CDs and now into what he calls the “vinyl revival”.

Frank moved on to other things shortly after they moved to their current location in Garema Place in 1997. Blake’s brother Byron joined and the pair have been running the business ever since.

Budak said it was his brother who came up with the name of the store, which is taken from an American punk band called Hüsker Dü, whose album Land Speed Record came out in 1982.

“We toyed around with a heap of different names and we chose that one, as some of the other names I look back on were pretty terrible,” he said.

Competing with corporate music stories such as Sanity and JB Hi-Fi, Budak says they have survived because people value having an independent music store that supports people’s diverse tastes.

“Our access to music now has become so digital and readily available, but it’s not in a tangible way. People aren’t ready to give up on the concept of owning and collecting music.

“When we started in 1994, we started selling records, but we never gave up on it and we hope it stays that way. There’s always been a great second-hand market for music.” 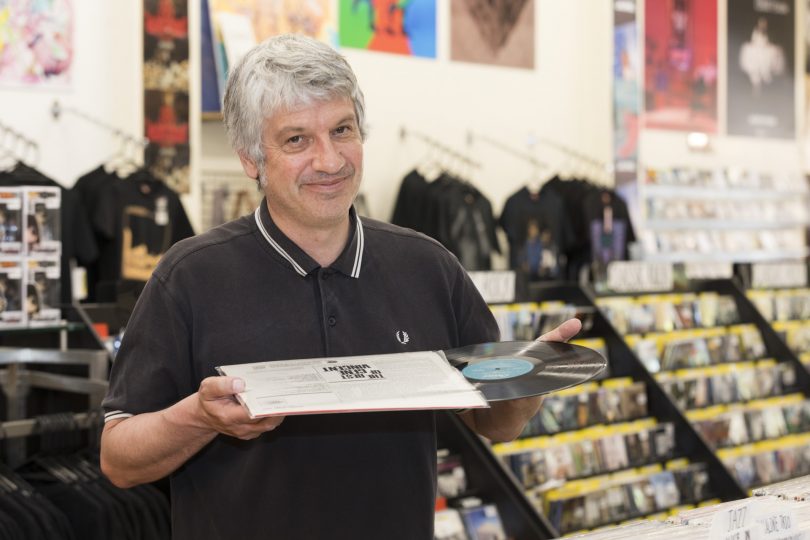 Landspeed Records co-owner Byron Budak with one of the many vinyl records in the store.

In September this year, Budak was appointed the president of the Australian Music Retailers Association, which hosts the annual Record Store Day where, in one day, Landspeed does as much trade as they do in the lead-up to Christmas.

“Vinyl now is about 70 per cent of our business, and this year in Australia, record companies are telling us that vinyl is going to overtake sales of CDs for the first time.

“People see vinyl as more of a collectable investment, and now people are tossing out their CDs in the same way they did with their vinyl. We see people coming in all the time who have regretted getting rid of their vinyl albums.

“Although there are still plenty of Nana Mouschouri albums kicking about for $2 in the second-hand stores.”

Budak says he is sometimes conflicted between putting a price sticker on a piece of stock and keeping for his own collection. He has a few different pressings of Nirvana’s first album Bleach which will never be for sale.

However, he always gets a buzz from seeing someone walk away with a piece of music they have been looking for.

“We love just being exposed to music all day and talking to people that also love music as much as we do. We also get to broaden our knowledge of music and tastes along the way too,” Budak says.

“The real pleasure for us is getting the albums in and seeing people walk away with music they are going to love forever.”

Budak says they will keep going as long as people keep supporting the store. 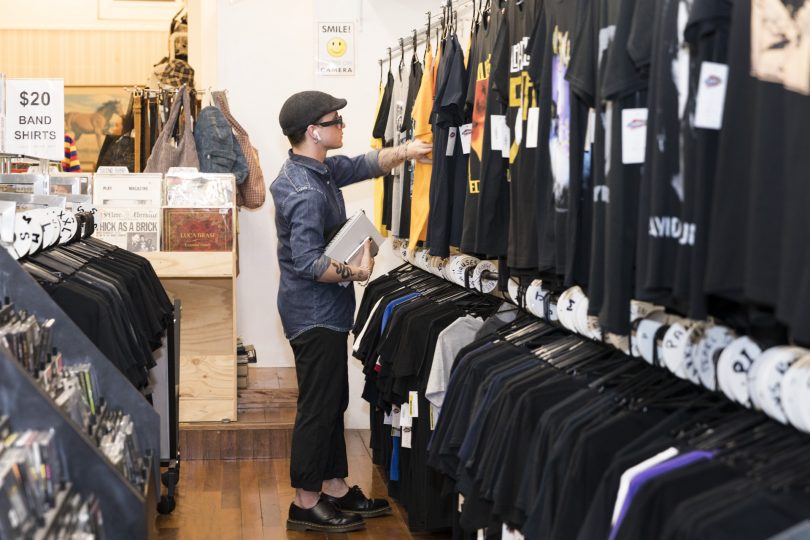 To celebrate a quarter-century of trade in Canberra, Landspeed will give one lucky customer an Audio Technica record player and 10 classic vinyl albums from 1994. To enter, just subscribe to their newsletter or via their Facebook page.

bj_ACT - 7 hours ago
Yes razor it’s a good point. Agree there are pockets of Tuggeranong and Belconnen that could do with some ACT government do... View
mattm - 8 hours ago
There are almost 130 Councils in NSW, and most of them do a much better job with municipal services than the ACT Government.... View
Heavs - 9 hours ago
Competent councils - like this one? https://www.canberratimes.com.au/story/6978805/nsw-central-coast-council-to-be-sacked/ Or... View
Property 7