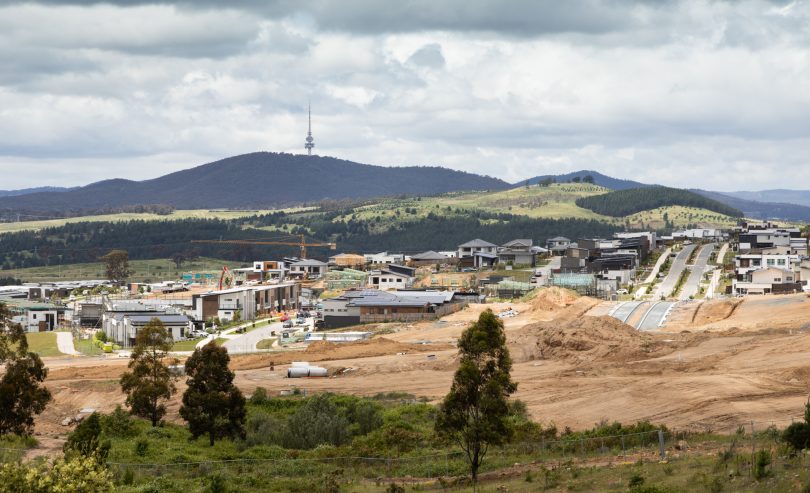 The construction industry continues to fail to provide safe working environments for employees, WorkSafe ACT said, with inappropriate management of the risk of falling from heights remaining a major concern of safety inspectors.

The independent body’s annual report showed almost half of all inspections conducted throughout 2020-21 were in the construction industry.

Last week, a 43-year-old man was killed near a construction site in Taylor when he was pinned by a truck trailer.

Although the death was later reclassified as a road fatality, it did occur on a public road in a construction area.

WorkSafe ACT and ACT Policing are conducting a joint investigation and will prepare a report to the coroner on the death.

Following this fatality, WorkSafe ACT inspectors carried out a saturation campaign targeting residential construction sites in the suburb of Taylor on Tuesday (14 December).

Two sites were shut down and will need to be cleaned and secured before work can recommence.

Initial reports from inspectors on the campaign showed 83 improvement notices and 11 prohibition notices were issued.

Work Health and Safety Commissioner Jacqueline Agius said she was disappointed to see the results of a campaign to improve worksite safety after the death of a man last week.

“It was a terrible and distressing incident,” she said.

“Given [this], I’m extremely disappointed to see there has not been an improvement of standards at residential construction sites in this suburb,” she said.

A major element of WorkSafe’s 2020-21 operations was Operation Safe Prospect 2020-2023. This was launched in late 2020 in response to Canberra’s poor construction safety record.

One worker died on a Denman Prospect job site in January 2020 and a second man died a month later, just two days after WorkSafe ACT issued 70 notices to job sites around Canberra.

“A mixture of information provision, compliance and enforcement are critical to changing the current safety profile of construction and the rate of serious claims in the Territory,” the commissioner’s report said.

“[The] construction industry continues to fail itself in being able to provide safe working environments for its workers.”

The operation was intended to target residential construction greenfield and brownfield sites in undeveloped areas.

In the first few hours of the operation, three construction sites had to be shut down, while early figures released in February this year showed little improvement to work health and safety in residential construction.

Throughout the year, 149 inspections were undertaken as part of 14 saturation campaigns under Operation Safe Prospect.

Issues include the risk of falls from heights, unsafe scaffolding, a failure to follow safe work method statements, lack of site security, and site signage.

A total of 18 infringement notices, 241 improvement notices and 88 prohibition notices were issued.

Not maintaining a secure workplace and not providing adequate workplace facilities was the main reason improvement notices were issued.

Inspections in Denman Prospect made up 41 per cent of the operation and each visit attracted – on average – 2.05 notices.

However, the suburb of Taylor had the highest notice rate of 2.15 notices per site visit, despite it comprising only 15 per cent of total site visits.

According to the annual report, the strategies used throughout the year had been developed and informed by stakeholder engagement during a ‘Strategic Planning Summit’ in July 2020. The construction industry attended the summit and collaborated to develop new ways of tackling workplace safety.

“Participants at this summit acknowledged that a stronger culture of safety in the Territory would only be achieved if a collaborative approach was adopted,” the report read.

During the year, 1840 improvement notices and 459 prohibition notices were issued. There were four enforceable undertakings in the year and one successful prosecution.

Many builders can’t even follow basic road rules, what makes you think they’ll suddenly become concerned about safety once they get to their building site?

Thank you for testing and auditing. Everyone should be able to come home at the end of each day.