Two put hand up for Liberal preselection in Bean 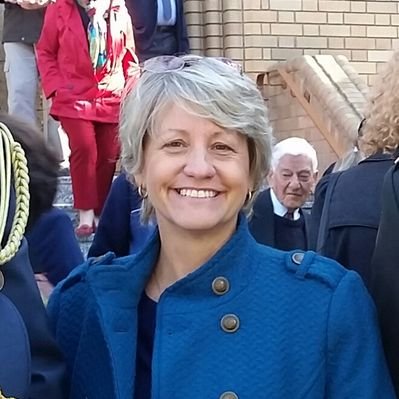 Two people with previous election campaign experience have put their hands up for Liberal Party preselection in the new southern Federal seat of Bean.

Mr Cocks has a young family and lives in Monash. He previously stood as a Canberra Liberals candidate in the 2016 ACT election in the seat of Brindabella, and has lived in Tuggeranong since 1992.

Mrs Hiatt has lived in Calwell for the past 25 years and is actively engaged in a wide range of community organisations. She previously stood as the Canberra Liberals Number 2 Senate candidate in the 2016 Federal election.

Mr Cocks said in a statement that if preselected, he was looking forward to the opportunity to prove that Labor could no longer take the ACT for granted.

“The ALP’s candidate, David Smith can’t stand up for Canberra, because he is too strongly tied to his faction, and if he wins, Bean will be neglected in favour of marginal electorates,” he said.

Senator Smith, who replaced Katy Gallagher in the Upper House, successfully negotiated a move to a Lower House race when he won Labor Party preselection for Bean last month.

Mrs Hiatt said that as a small business person, she knew how hard it was to draw an income at the end of the month.

“I want to be part of a government which will knock down barriers and create opportunities for people to get ahead,” she said.

The preselection will occur on the evening of Thursday 27 September.

Canberra Liberals preselections for the seats of Canberra and Fenner are likely to occur in late October.

In March, the party preselected sitting Senator Zed Seselja to the number one position on the Canberra Liberals Senate ticket and Robert Gunning to the number two position.

brendan eyers - 34 minutes ago
Cool to know what the cubes are, though I've never noticed one. Worth a mention that there are a hundred or so pluviometers a... View
brendan eyers - 44 minutes ago
They are called standpipes. Connected to mains water and used to collect water samples for testing. View
News 41

Hans Dimpel - 48 minutes ago
Tod Davis which rules and who is speaking them? Are you sure you aren't being influenced by rightwing conspiracy pages with a... View
Hans Dimpel - 49 minutes ago
a world full of rainbows and unicorns would be good. sounds nice.... View
Mircea Stancu - 11 hours ago
Kate Smith adult healthy humans take care of themselves. I like it how y'all speak in my name, and the name of others who can... View
News 114

Ajay Cee - 1 hour ago
Jay Annabel 36 in 2020. View
chewy14 - 2 hours ago
JC, Seeing as I've been the one quoting directly from the national plan, your memory seems a bit fuzzy. And I'm still waiting... View
Nada Krstin - 10 hours ago
Jayne Denise yes, I totally already knew this & understand that about flu and other vaccines being cultured in egg products!... View
News 1

Cary Elliot Johnson - 4 hours ago
No, we aren't becoming more complacent, we are becoming more like the rest of the world..... Covid bearing. View
John Currie - 8 hours ago
Wow. The only thing I notice about lockdown is I can’t get a haircut. Otherwise there are no more or less signs of life tha... View
Nada Krstin - 10 hours ago
Margaret Freemantle thank you for replying - so awful - again, please accept condolences to you and all her family View
Lifestyle 4

Warren J Grzic - 11 hours ago
This feels awkward. There was in fact a line to where the city centre lies in the city's early years, until a bridge over a r... View
Opinion 24

Jay Annabel - 11 hours ago
Tassie first. It's how it should be. View
show more show less
*Results are based on activity within last 7 days

In the 1900s, Goulburn farmer and orchardist Frederick Shepherd was hailed as the 'Apricot King' of NSW. He grew more...
Community 6

We understand light poles, bus stops and park benches. And humankind was very nice to make electricity wires for birds...

@The_RiotACT @The_RiotACT
A new @ACOSS survey has revealed 85 per cent of income support recipients cannot access COVID-19 #Disaster Payments and are struggling to survive, including up to 20,000 #Canberrans https://t.co/0w2XlrG1qc (14 minutes ago)