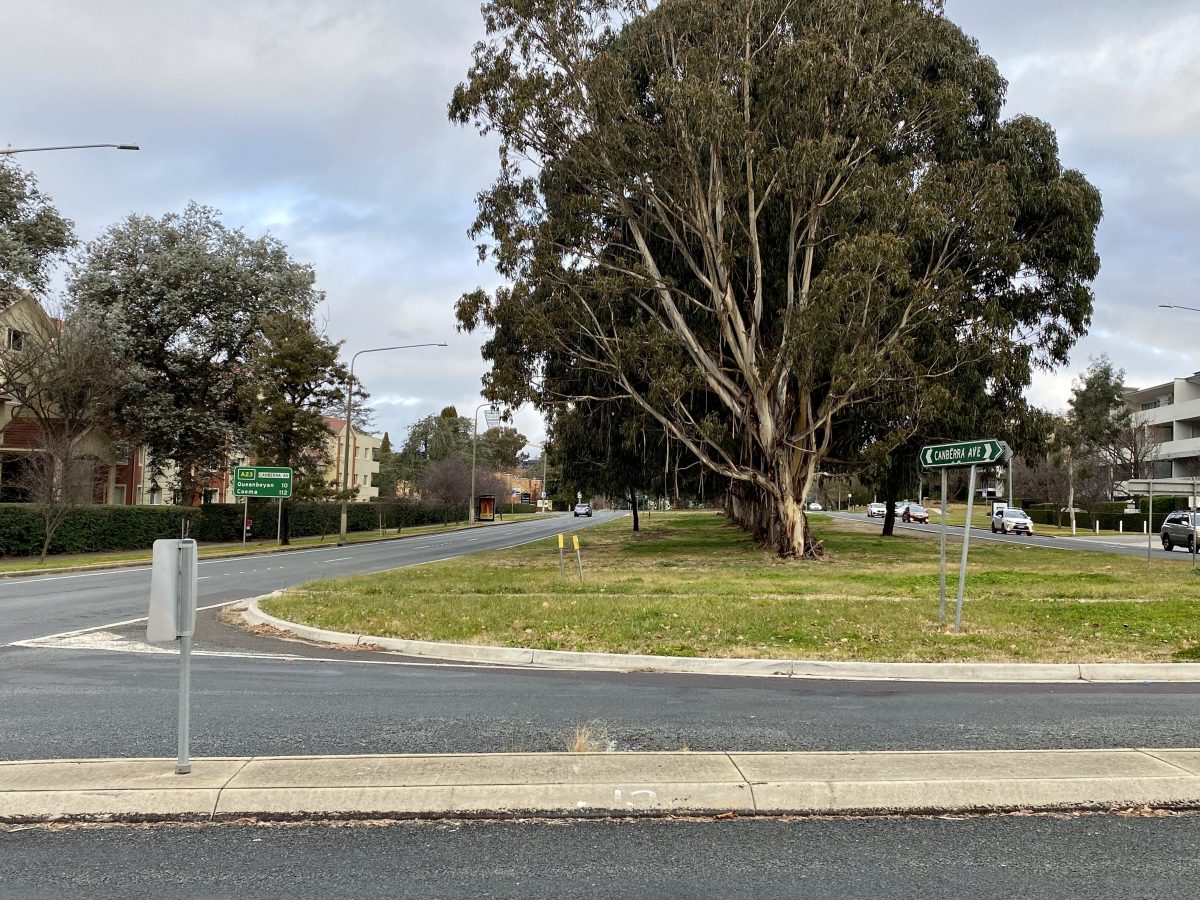 A driver and passenger were taken to hospital after a single-vehicle crash on Canberra Avenue overnight. Photo: James Coleman.

A driver and a passenger were taken to hospital after a single-car collision on Canberra Avenue in Fyshwick last night (11 November).

The vehicle was carrying three occupants when it crashed into a tree.

They extracted the driver and one passenger from the vehicle and transported them to hospital.

The incident is still under investigation and police are calling for witnesses or anyone with dashcam footage to come forward.

They are also seeking witnesses to another early-morning incident in Nicholls yesterday, where a cyclist and a White Toyota Hilux collided in the southbound lane of the Barton Highway.

Emergency services attended the scene around 5:40 am and the cyclist was transported to hospital

Even if every Canberra road were made perfect tragic road accidents would still happen -it’s all about bad drivers and excessive speed and people’s failure to realize that driving a car is probably the most dangerous thing a person can do -one is always seconds from death if we are not very careful!

When will this government learn to spend the money on more traffic control, especially in hot spots for accidents. These very large main roads become raceways for some of our drivers when they think they can get away with it. They don’t seem to be aware, or care about the risks to themselves or others.

Well without knowing the full circumstances of the accident psycho why is it the government’s fault? I have driven down Canberra Avenue multiple times including today without any problems. I can only remember one major incident about 20 years ago with a diplomat speeding, colliding with a tree and wiping him and his family out. I wouldn’t consider this road a “hot spot”!

I suggest you look at the statistics instead of quoting personal anecdotes. It is listed as a black spot due to the number of accidents.