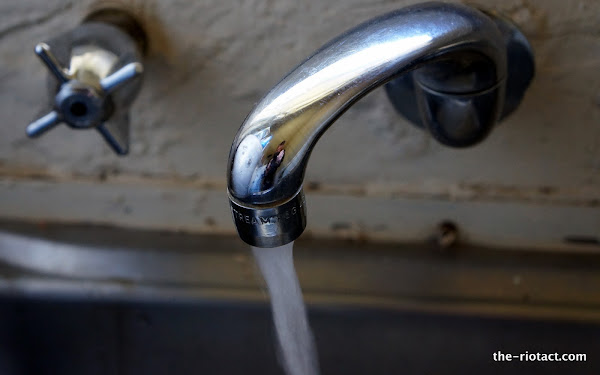 Today’s announcement by the Independent Competition and Regulatory Commission (ICRC) means that Canberra’s water prices will continue to compare favourably to other mainland capital cities, while not undermining the considerable efforts and gains that have been made to date in water conservation in the ACT.

The ICRC has significantly amended its methodology to that used in their draft price determination reports released over the past twelve months. Overall, the final decrease in water and sewage prices for 2013-14 results from the combination of sewerage service prices falling by 18 per cent and of water prices rising by 4.9 per cent. The ICRC also recommends these charges increase by CPI in the 2014-15 period.

Every cent of profit that ACTEW makes is returned to the community, and the Government believes the community should receive adequate compensation (in the form of returns on equity) for owning ACTEW. But we acknowledge that providing a return should not put undue risk on the financial viability of ACTEW.

Shadow Treasurer, Brendan Smyth, has today expressed his disappointment that ACT tax payers are being forced to pay more for water, purely to keep ACTEW from becoming insolvent.

“It is completely unacceptable that water prices in the ACT are increasing by 5 per cent for this reason,” Mr Smyth said today.

“ACTEW is running a monopoly on one of the most basic services in this Territory, and there is absolutely no reason that they should be overcharging Canberrans to keep afloat.

“Today’s report has confirmed that if the ICRC passed on its initial recommendation that water and sewerage prices should drop by an average of $230 a year, ACTEW would be unable to pay dividends to the Government in the foreseeable future.

….after high executive wages (that can’t even be reported correctly), losses on other businesses (Transact, Grapevine, Ecowise, Ecowise VIC etc), advertising on bullshit media campaigns when they have a monopoly and funding of “charity” organizations … & a $300k+ staff party

… only then does the profit make its way back into the community.

I can’t believe this ‘independent’ board.

Once again ACT Govt supports market economics, but only if it goes their way. Consumers screwed again.

Do you think it might be that $400m dam they just finished?

I mean, what WTC said, derp.

Once again ACT Govt supports market economics, but only if it goes their way.

Water and sewerage has never been about market economics. That’s why we have a body whose job it is to calculate, to a fraction of a percentage point, exactly how much money ACTEW Water is allowed to make. If it was based on market economics they’d be charging you just below what the cheapest competitor would be charging, in this case that’d be something like $30~$40 a kilolitre.

In light of this it does beg the question as to why we need a million dollar waste of carbon to run the outfit…..

The ACTEW price increases several years ago that were supposed to be paying for the dam, perhaps.

Gabriel Spacca - 2 hours ago
By 2027 I hope to be able to retire and move to a community that is less at the whim of developers. View
Capital Retro - 4 hours ago
"by 2045 there won't be anyone car maker in the world still making petrol vehicles, and a good thing too." Remember "peak pet... View
Tom Adam - 5 hours ago
And yet we keep pointing out that Mawson is a much better terminus for stage 2B to remove bus trips of 1 stop for thousands o... View
Community 16

Caroline Le Couteur - 4 hours ago
Good work View
Natalee George - 7 hours ago
Louise Bilston you definitely were a big part of me getting back into coaching 💙💚 View
Louise Bilston - 7 hours ago
Thanks Brendhan! NACT couldn’t ask for a better Chair for their FARM committee. You have big shoes to fill following Scott... View
Community 12

Olympia Muir-Williams - 4 hours ago
Molly Salim as the person who brought frugii into my life i want to grieve with you View
Jas Alice - 5 hours ago
Alexander Kary omg noooo thats awful! View
JS9 - 6 hours ago
Such sad news to hear of the passing of someone that has brought such happiness to so many! Condolences to his family at this... View
Opinion 3

cockneyreject - 5 hours ago
There’s a lot of good down here in Canberra but there is a certain insularity and in some ways management is a generation b... View
Property 4

tr0jan - 6 hours ago
I grew up in Narrabundah, Danny’s bakery has been there as long as I can remember and our family have been enjoying the del... View
sebastiancampbell - 8 hours ago
I think that the traditional atmosphere and service in Danny’s is fantastic. It is something that is sadly lacking in the f... View
Katie Humphrys - 9 hours ago
You sound nice. Drop in and introduce yourself one day! If it was as bad as you describe funny how it’s still going; must b... View
Opinion 5

c j - 9 hours ago
Indeed. Completely overlooked the negatives and displacement that this will bring thousands of Canberrans View
News 11

The owners of the Zoo Bar and Grill are taking Canberra's nightlife to the next level by launching the Mile High...
Community 12

Water bill hike: What you will pay

Now is the time to save water

@The_RiotACT @The_RiotACT
Relax with rhinos and giraffes as the @national_zoo & Aquarium offers a series of unique morning yoga classes among the animals https://t.co/qIekMt93ot (5 hours ago)