Why we shouldn’t wait on medicinal cannabis 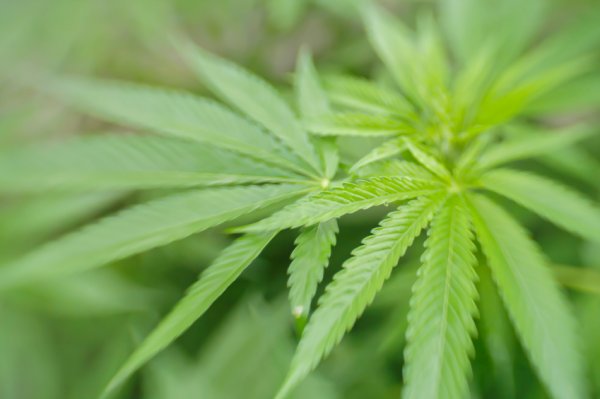 Rioters have undoubtedly noticed that the issue of the medicinal use of cannabis is getting a lot of attention right now. It seems a lot people support it – patients, carers, a range of medical professionals, broadcaster Alan Jones, and even the Prime Minister. Despite this, the laws have not changed, and some are arguing we need more long term medical trials, meaning that people who would benefit from using it now will be forced to continue to act illegally if they do use it.

Research published in reputable medical and scientific journals indicates that there is strong evidence that cannabis can alleviate distressing symptoms, such as nausea or vomiting from chemotherapy, chronic pain (especially from nerve damage), and spasticity from multiple sclerosis. It is an effective drug in certain situations where conventional drugs simply aren’t effective.

Australia has blanket laws which criminalise cannabis whether it is used recreationally or medicinally. So people who are dying or suffering can’t legally access a treatment that could improve their quality of life.

Earlier this year I tabled draft legislation that would set up a basic system for access to medicinal cannabis. It allows an eligible person to possess, use and grow a controlled amount of cannabis, and for that to not be a crime. It is a Bill that does not affect the laws around recreational use. Controls and safeguards in the scheme would include that only people with particular illnesses are eligible, that the drug can’t be used for any other purpose, and that only a small amount of cannabis can be kept.

While these proposals might sound positive, there is a risk that they will lead to lengthy delays with no guaranteed outcomes for people who are suffering now and who could benefit from medicinal cannabis now. We’ve seen this before – in 1999 the NSW Government announced it would establish a four year trial of the medical use of cannabis. The prominence of the issue faded and the trial never happened. Even if a clinical trial did now eventuate, it could take years for the results to be translated into a policy shift.

Perhaps more importantly, I would argue that the evidence is already sufficiently strong to support the use of medicinal cannabis now. As an example, a recent German medical review, cited in the Medical Journal of Australia, assessed the controlled trials that had already been conducted around the world and found the majority were favourable. On the strength of the evidence, many other countries already allow access to medicinal cannabis. Over 20 US states allow the use of medicinal cannabis. The Netherlands allows patients to collect cannabis from pharmacies on prescription. Yes, trials in Australia would be useful. More evidence and information is always useful. But trials shouldn’t be a hurdle that must be passed before we let sick people use cannabis.

The Bill that the Greens have put forward for legalising access in the ACT is a solution that we can act on now, removing the obstacles for those who need access to medicinal cannabis. It’s a moderate approach that means that those who are sick, and their families and carers, will not be forced to commit a crime when they seek to relieve their own suffering, or the suffering of their loved ones.

Watching documentary of the famous Dr.Sanjay Gupta of america about medical cannabis changed my view as well .A must watch !

it has to be legal for medical purposes. I have seen a lot of people having cancer, seizures etc getting cured with it when no other traditional treatment was having any effect.

Why doesn’t it include recreational?

As evidence has shown in the USA, the tax windfall and associated loss of revenue to organised crime (especially motorcycle gangs, which have increasingly been taken over in Australia by people from Middle Eastern heritage), has seen an increase in government coffers and a decrease in crime.

If it’s good enough for a child with epilepsy to use, then why isn’t it safe enough for people to use instead of tobacco or alcohol? It is. There is no such thing as medical marijuana, there is only different CBD/THC profiles. Legalisation leads to education.

Restricted service to minors (just like we do with alcohol) will minimise the possibility of psychosis suggested by long term studies of marijuana users.

Medical marijuana is the Trojan Horse for legalisation.

Actions have consequences. I suggest we should wait until the ACT can introduce this legislation in concert with, at least, NSW and preferably the other east coast states too. Otherwise, the ACT will be swamped with people seeking the product, consequently placing even greater demands on local housing and other Territory infrastructure.

Debbie Macaulay - 19 minutes ago
We lived in Canberra for 14years and never experienced this phenomena. I found it friendly and interacted with people from al... View
Margaret Freemantle - 1 hour ago
Being born here and loving the place, I feel sad if people find it cliquey. Ideas to make it less so?... View
Janet Ilchef - 2 hours ago
Matthew Soall tribal, perhaps? View
Food & Wine 10

Lin Van Oevelen - 1 hour ago
I am still looking for a great pad thai on the Northside. One of those simple dishes that requires real skill to get right, I... View
Salima Haidary - 2 hours ago
Kinn Thai used to be good, sadly no more 😭 View
Elise Quodling - 5 hours ago
David Gray research? 😉 View
Opinion 204

Karan Campbell-Davis - 9 hours ago
That's right, build more of those ugly, high density dog boxes, just like Sydney! 🙄 View
William Coats - 17 hours ago
what impact will further development in the Sullivans Creek catchment have on future flooding in Oconner and Lyneham. These a... View
Community 5

Jorge Gatica - 16 hours ago
Tom Porter they’ll have to de-moth and clear the spider webs first View
William Coats - 17 hours ago
will this announcment be followed through? or is it just another news headline like most others about health in the ACT View
Community 11

Donna Ainge - 17 hours ago
Hi Julie-Anne. Where in O’Connor did you live? Hakea Cres by any chance? View
News 13

Zakzook Chico - 17 hours ago
Patrick J Pentony couldn’t agree more View
William Coats - 17 hours ago
So after 20 years this Labor Greens Government is ready to promise action. I guess we will have to wait and see. View
Patrick J Pentony - 18 hours ago
Rheyce Spears we are at the start of the twentieth year of labor greens gov in the ACT. Not sure you can really blame anyone... View
Opinion 3

Region Media Group Editor Genevieve Jacobs has been recognised in the Australia Day Honours for her service to broadcast media...
Opinion 54

@The_RiotACT @The_RiotACT
After a tough few weeks for the team at Mogo Wildlife Park, the surprise delivery of a leggy new addition was a treat for visitors & staff https://t.co/Pc3ECJmQgp (1 hour ago)

@The_RiotACT @The_RiotACT
Drive, cycle or walk across Commonwealth Avenue Bridge? See what a difference the $137m upgrade will mean https://t.co/udqJrZvRPg (3 hours ago)