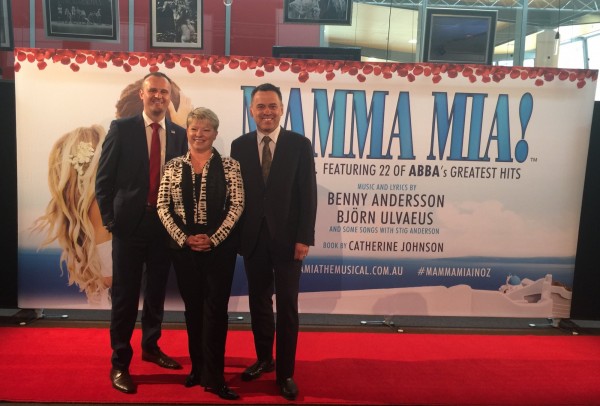 Are Björn Ulvaeus, Benny Andersson and Anni-Frid Synni, Princess Reuss of Plauen, set to grace Civic Square? You never know: Mr Ulvaus, Mr Andersson and the former ABBA star best known as Frida Lyngstad have attended premieres of the musical Mamma Mia! and the next Australian premiere of the show will be RIGHT HERE at our very own Canberra Theatre in November next year.

Brunette beauty Ms Lyngstad is a German princess by marriage who lives in Switzerland with her British viscount boyfriend after the death of second husband Prince Heinrich Reuss in 1999. Together with Mr Ulvaeus and Mr Andersson, who were involved in developing the Mamma Mia! stage production as well as having composed most of the music, she retains a financial interest in it. Now the show is returning for a six-city tour of Australia starting with a three-week run here in November 2017.

It will be the biggest theatrical production ever hosted at the Canberra Theatre. The producers behind Matilda the Musical have joined forces with the ACT Government to ensure Canberra sees it ahead of every other city in the country.

If enough of us support the production (around 30,000 attendees from the Canberra region over three weeks would be ideal, according to co-producer Louise Withers), more big shows are likely to follow.

Ms Withers said the opportunity existed for Canberra to offer “a viable venue, and eager market, to a wealth of productions being produced across a country with limited venue supply”.

“If Canberrans, public and corporate, support Mamma Mia! and provide capacity audiences, it will be a compelling invitation for other presenters and producers,” Ms Withers said. 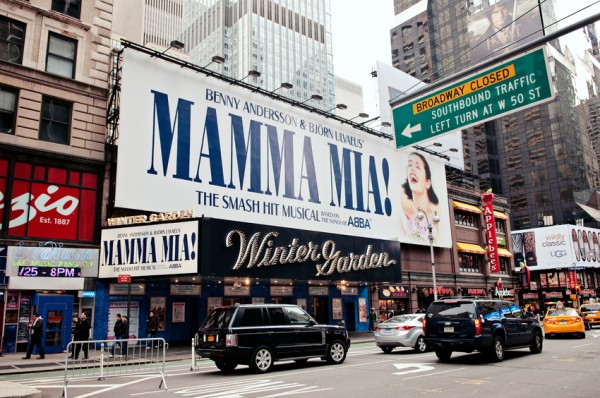 The veteran producer has co-produced or managed/marketed shows such as Miss Saigon, Billy Elliot the Musical and The Lion King. She is currently co-producing Matilda the Musical and Fawlty Towers Live with Mamma Mia! co-producer Michael Coppel.

Together with Mr Coppel and Linda Bewick, she will bring Mamma Mia! to Australia in 2017-18 starting with the three week run in Canberra in November next year. The show will move on to five other capital cities, with Brisbane next after the capital.

See the announcement as it happened:

Announcing the coup today, ACT Chief Minister Andrew Barr said the Government had for some time been liaising with stakeholders to increase the awareness in, and profile of, Canberra as a viable destination for major events and theatre tours.

“Our announcement today celebrates just one of the successes from this work, and introduces our capital as a major player in the live performance touring circuit,” Mr Barr said.

Set on a Greek island and inspired by the story-telling of ABBA’s much-loved songs, writer Catherine Johnson’s script centres around a young bride-to-be who sets out on the eve of her wedding to discover the identity of her father, bringing three men from her mother’s past back to the island they last visited 20 years ago. The 2008 film adaptation starring Meryl Streep, Pierce Brosnan and Colin Firth and co-produced by ABBA stars Björn Ulvaeus and Benny Andersson is the highest grossing musical of all time in terms of worldwide take.

RiotACT is hoping all four of the members of ABBA will come to Canberra to promote the show. We’ll be almost as happy to manage to get our hands on tickets for opening night.

Canberra Theatre subscriber bookings for the show open on October 17, 2016, with general public tickets going on sale before Christmas.

Pictured at top are Chief Minister Andrew Barr, co-producer Louise Withers and ACT Arts Minister Chris Bourke; above, signage for the Broadway run of Mamma Mia! in 2012; and below, a vinyl copy of the ABBA single Waterloo, which won the Grand Prix at the Eurovision Song Contest in 1974, sparking the band’s breakthrough to superstardom. 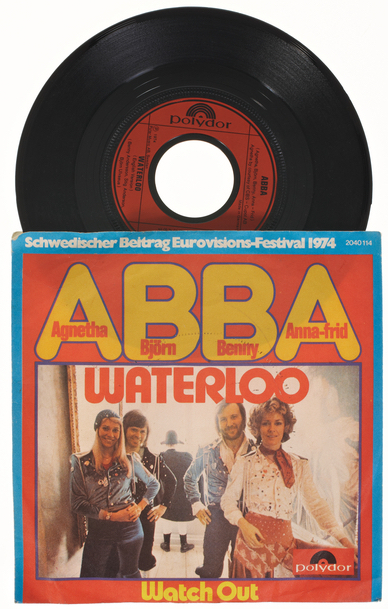 Buck Johno - 6 minutes ago
From what I remember of night rider busses it was only over summer. View
PE TE - 9 hours ago
Sean Bishop but the Uber rapes have increased View
Kim Rumble-Kozjak - 19 hours ago
Jacqleequack it was all good fun until the two hour wait in the cab line, in stilettos, without a jacket in -2 🥶❄️ View
Property 28

Lihuan Panda - 6 hours ago
from the conversations and interviews, I think some players chose not to turn up for the briefings and missed out on informat... View
Hugo Walker - 9 hours ago
Penny Ford But isn’t he rich, famous and self-entitled? Surely that should persuade the authorities to cave in to his tantr... View
Pia Kivela - 12 hours ago
Personally we are in a pandemic so we should not be having this tournament View
News 5