Win a double pass to Tim Rogers this Thursday night 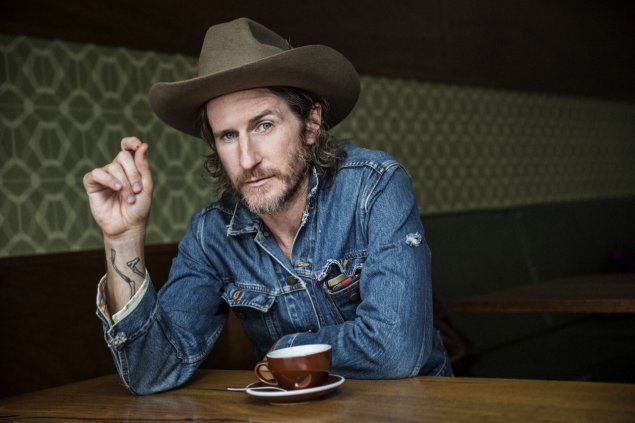 With a career now motoring along in its third unique decade, TIM ROGERS remarkable resume encompasses the world of music, film, television and stage. See him perform all the best hits at the Canberra Theatre Centre, one night only, 9 JULY.

As the frontman of You Am I, one of the essential Australian rock n’ roll bands, Tim Rogers has released 10 studio albums, three of which have debuted at number one in consecutive order – 1995’s Hi Fi Way, 1996’s Hourly Daily and 1998’s #4 Record – with the records receiving ARIA Awards and multiple platinum and gold status for commercial sales.

In addition to You Am I, Tim Rogers has released critically acclaimed solo albums, and a number of collaborations with fellow musicians including Tex Perkins, The Temperance Union and The Bamboos.

Tim’s career has spanned over two decades – not just across music, film television and theatre. He has stood in front of 50,000 screaming rock fans, but is just as at home playing an acoustic guitar and joking with the locals in a community run country town venue.

Hailing from a mining town in Western Australia, Tim Rogers has spent his considerable energy over these very memorable years, taking his talents to the world. And now in his early 40’s and with a kit bag of experience and wisdom under his belt, has become a fully formed truly modern Australian icon.

When: Thursday 9 July
Where: The Playhouse, Canberra Theatre Centre
Tickets: canberratheatrecentre.com.au or call the box office on (02) 6275 2700

The RiotACT has two double passes to give away to Tim’s show on Thursday night. To enter, email amy@the-riotact.com with your full name, contact number and the name of Tim Roger’s most recent album.*

* Winners will be notified by email/phone. Competition will be drawn at 5pm Tuesday 7 July 2015.

Daniel Oyston - 15 hours ago
Jess Peil Great to hear ... it is also why I chose my words carefully and said "most" :) View
Garry James - 16 hours ago
Jess Peil so many people have no clue or idea Jess View
show more show less
*Results are based on activity within last 7 days